Document Description: Twin Study for UPSC 2022 is part of UPSC preparation. The notes and questions for Twin Study have been prepared according to the UPSC exam syllabus. Information about Twin Study covers topics like and Twin Study Example, for UPSC 2022 Exam. Find important definitions, questions, notes, meanings, examples, exercises and tests below for Twin Study.

Twins are two offspring produced by the same pregnancy. Twins can be either monozygotic ('identical'), meaning that they develop from one zygote, which splits and forms two embryos, or dizygotic ('fraternal'), meaning that each twin develops from a separate egg and each egg is fertilized by its own sperm cell. 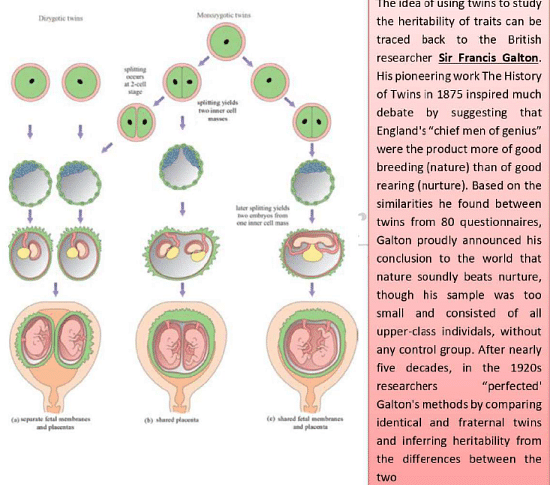 Analysis- How it is used to understand genetic principle 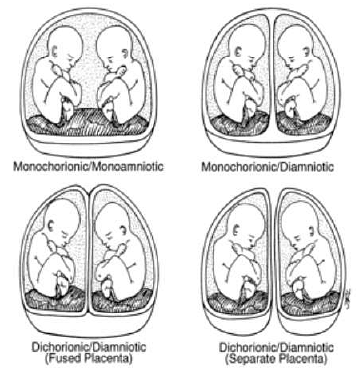 It is one of the ways the phenotypic similarities & difference for a character can be measured in twins.

The document Twin Study Notes - UPSC is a part of UPSC category.
All you need of UPSC at this link: UPSC