What are the types of economic systems?

World economies are classified into three categories based on the responsibility and structure of the production and distribution network: capitalistic, state, and mixed economies.The three economic system models that have developed over the course of human history are essentially phases in the evolutionary process. As a result, several nations have transitioned to a new mode over time.Here we’ll learn about the parts of economies which are adapted in India and are important from UPSC point of view.

What are the Characteristics and similarities between the Economic Systems?

➤What is the Free Market System?

A free market is a market without economic intervention and regulation by the government except to enforce ownership and contracts. It is the opposite of a controlled market, where the government regulates how the means of production, goods, and services are used, priced, or distributed. This is the contemporary use of the term "free market" by economists and in popular culture; the term has had other uses historically.
Watch this Video on The Basics of Economy and Clear your concepts about Economy in minutes.
Try yourself:Which of the following is not a feature of free-market system?
Explanation
View Solution
➤ What is the Planned Economy? Its most extensive form is referred to as a command economy, centrally planned economy, or command and control economy. In such economies, central economic planning by the state or government controls all major sectors of the economy and formulates all decisions about the use of resources and the distribution of output.Planners decide what should be produced and direct lower-level enterprises to produce those goods in accordance with national and social objectives.Planned economies are in contrast to unplanned economies, such as a market economy, where production, distribution, pricing, and investment decisions are made by the private owners of the factors of production based upon their individual interests rather than upon a macroeconomic plan.

Try yourself:Which of the following is not the same as planned economy?
Explanation

View Solution
➤ What is the Mixed Economy?

A mixed economy is an economic system that includes a variety of private and government control, or a mixture of capitalism and socialism. There is not one single definition for a mixed economy, but relevant aspects include: A degree of private economic freedom (including privately owned industry) intermingled with centralized economic planning and government regulation (which may include regulation of the market for environmental concerns, social welfare or efficiency, or state ownership and management of some of the means of production for nation or social objectives).Want to learn the Types of Economies but through a Video? Watch Types of Economies: Economics and learn the Concept in Minutes.

What are the elements of a Mixed Economy?

FAQs related to Economics in UPSC 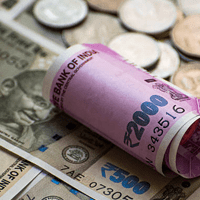