The document Types of Mirrors, Mirror Formula and Magnification Class 12 Notes | EduRev is a part of the Class 12 Course Physics Class 12.
All you need of Class 12 at this link: Class 12

What is a Mirror?

A highly polished plane surface is called a plane mirror. 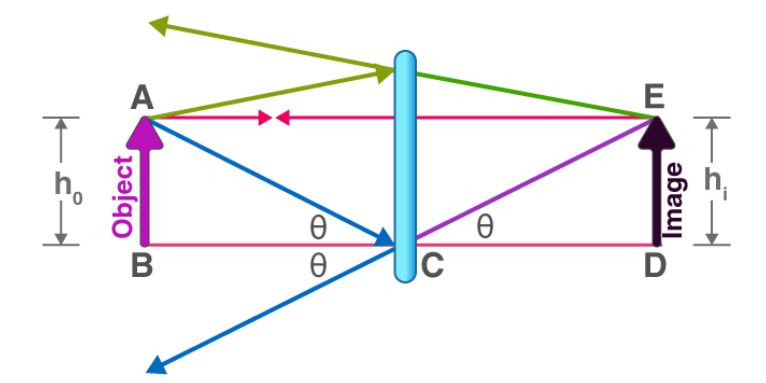 Image formed by a Plane Mirror Try yourself:The following is used in the rear-view mirrors of vehicles:
Explanation

The Convex Mirror is used in the rear-view mirrors of vehicles as it forms upright/erect images and has a wider field of view.

View Solution
Some Terms Related to Spherical Mirrors are Given Below:

Try yourself:If the distance of the object from the concave mirror is 4 times the focal length, then the position of the image will be obtained at?
Explanation