The document Types of Muscles and Muscle Fibre NEET Notes | EduRev is a part of the NEET Course Biology Class 11.
All you need of NEET at this link: NEET

What is a Muscle? 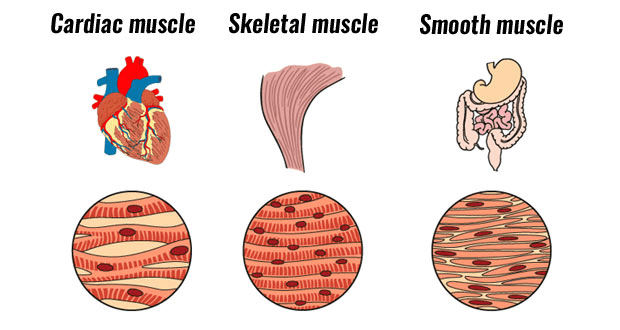 Muscles are primarily responsible for:

Try yourself:Which of these is not a property of muscles?
Explanation

40-50% of the total body weight of an adult human is contributed by muscles. Muscles have several properties such as elasticity, extensibility, excitability and contractibility. Degradability is not a property.

Further classified into (based on muscle action):

Skeletal muscle is a muscle tissue that is attached to the bones and is involved in the functioning of different parts of the body. These muscles are also called voluntary muscles as they come under the control of the central nervous system in the body. 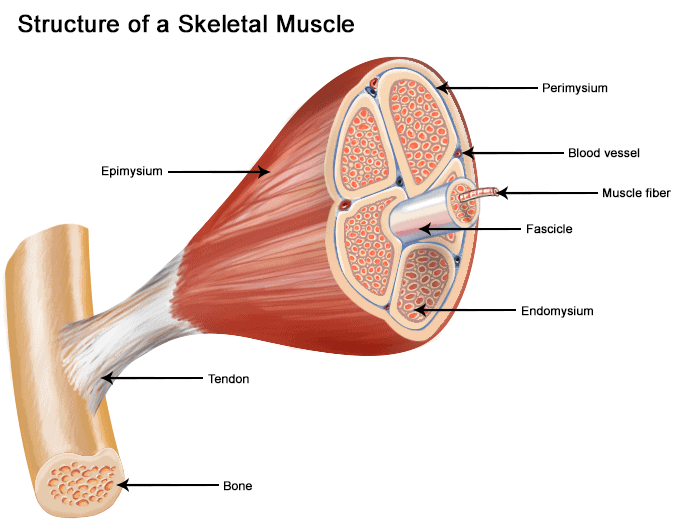 Structure of a Cardiac Muscle Functions of a Cardiac Muscle

Try yourself:Which of these is not a characteristic of cardiac muscles?
Explanation

The smooth muscles of the human muscular system are spindle-shaped muscle fibres with a single nucleus. The thickness of the smooth muscles ranges between 3-10 µm and its length ranges between 20 to 200 μm, which are shorter compared to the skeletal muscle. These muscles lack filaments, special protein, actin and myosin and produce their own connective tissue.

Functions of a Smooth Muscle

Classification on the basis of Muscle Action:

The human muscular system is composed of the muscles and the tendons that connect them to the skeleton. All muscle types are capable of receiving and responding to stimulation from nerves and are capable of contracting. Each type of muscle also has its own special role that it performs within our bodies

Try yourself:Which of these statements is not true regarding skeletal muscles?
Explanation