Mathematics and Science were invented by humans to understand and describe the world around us. A lot of mathematical quantities are used in Physics to explain the concepts clearly. A few examples of these include force, speed, velocity, and work.

These quantities are often described as being a scalar or a vector quantity.

What is a Scalar Quantity?

Scalar quantity is defined as the physical quantity with magnitude and no direction.

Question for Vector & Scalar Quantities
Try yourself:Which of the following is a scalar quantity?
Explanation

Work has only a magnitude but no direction. Therefore, work is a scalar quantity.

What is a Vector Quantity?

A vector quantity is defined as the physical quantity that has both direction as well as magnitude.

Table: Difference between Vector and Scalar

2. The Angle Between Two Vectors (θ)

The angle between two vectors means smaller of the two angles between the vectors when they are placed tail to tail by displacing either of the vectors parallel to itself.

It implies vectors of the same magnitude but opposite in direction. 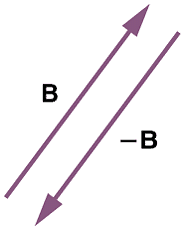 Any two vectors are collinear, then one can be expressed in terms of others.  =  (where λ is a constant) 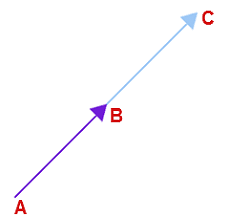 Question for Vector & Scalar Quantities
Try yourself:What is the magnitude of a unit vector?
Explanation

The magnitude of a unit vector is unity. It just gives the direction of a vector. A unit vector has no units or dimensions.

If two or more vectors start from the same point, then they called co-initial vectors. 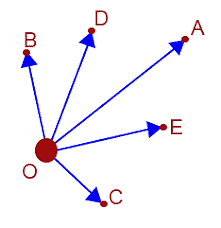 If the frame of reference is translated or rotated the vector does not change (though its components may change).

Dot product of two mutual perpendicular vector is as angle between them is 90º and A.B = ABcosθ
= AB cos90° = 0

Question for Vector & Scalar Quantities
Try yourself:The angle between the vectors (A x B) and (B x A) is:
Explanation

The document Vector & Scalar Quantities - Notes | Study Physics Class 11 - NEET is a part of the NEET Course Physics Class 11.
All you need of NEET at this link: NEET
Attempt Now
Join Course