The document Union Territories in India- 2 UPSC Notes | EduRev is a part of the UPSC Course Indian Polity for UPSC CSE.
All you need of UPSC at this link: UPSC

Power of parliament to make laws

Table : Administrative System of Union Territories at a Glance 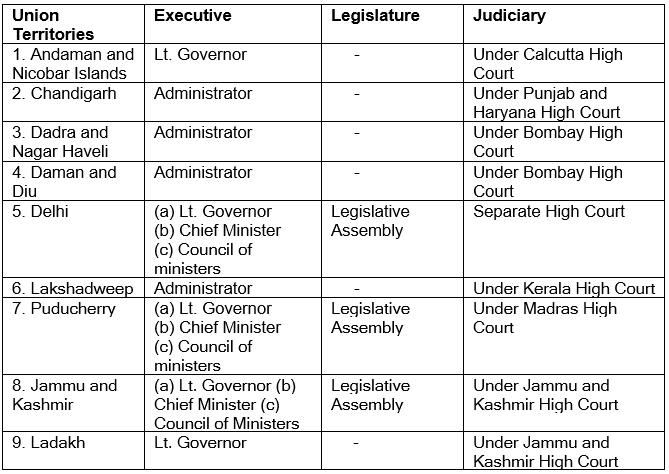 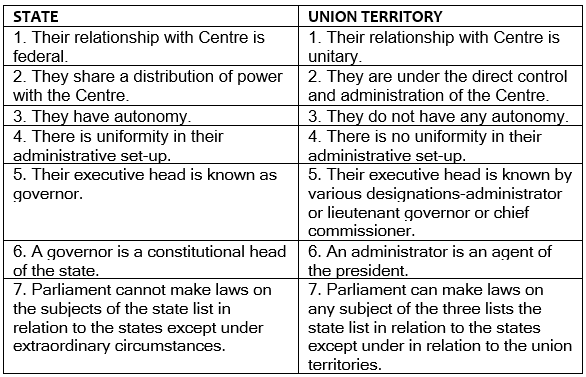