Sir Isaac Newton put forward the universal law of gravitation in 1687 and used it to explain the observed motions of the planets and moons. In this article, let us familiarize ourselves with Newton’s Law of Universal Gravitation.

where, F is the gravitational force between bodies, m1 is the mass of one of the objects, m2 is the mass of the second object, r is the distance between the centres of two objects, G is the universal gravitational constant.The constant proportionality (G) in the above equation is known as the universal gravitation constant. Henry Cavendish experimentally determined the precise value of G. The value of G is found to be G = 6.673 x 10-11 N m2/kg2.

The universal gravitation equation is represented in vector form as follows: 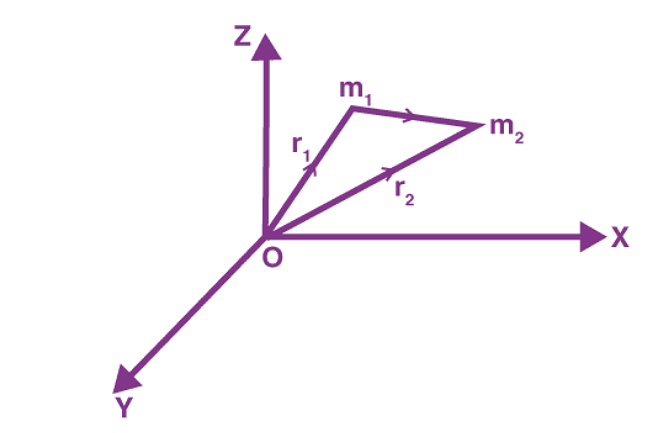 If we have a collection of point masses, the force on any one of them is the vector sum of the gravitational forces exerted by the other point masses: 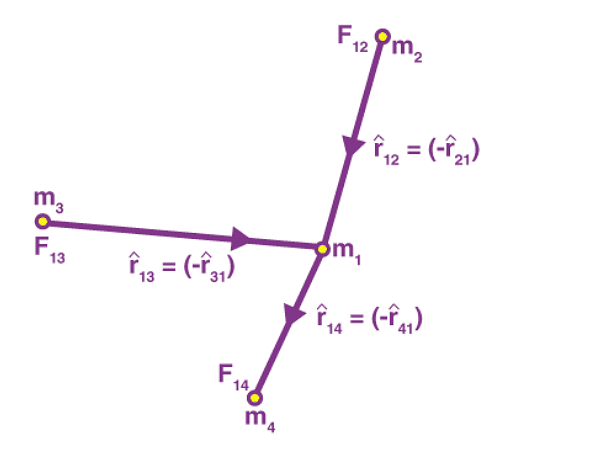 The masses m and m’ are attached to either end of the beam as shown in the figure. The beam is attached to strong support with the help of a string. The string is tied to the middle of the beam allowing it to reach an equilibrium. Now, two large masses M’ and M are lowered next to them. The gravitational force between the two pairs of masses causes the string to twist such that the amount of twisting is just balanced by the gravitational force. The gravitational force can be measured by appropriate calibration. Since we know the value of masses and distances between them, the only unknown quantity is G in the universal law of gravitation. Thus, the value of G is calculated from the measured quantities.

Gravitation interactions not only exist between the earth and other objects, but it also exists between all objects with an intensity that is directly proportional to the product of their masses. The law of universal gravitation helps scientists study planetary orbits. The small perturbations in a planet’s elliptical motion can be easily explained owing to the fact that all objects exert gravitational influences on each other.

Why doesn’t’ the moon crash into the earth?

The forces of speed and gravity are what keeps the moon in constant orbit around the earth. The Moon seems to hover around in the sky, unaffected by gravity. However, the reason the Moon stays in orbit is precise because of gravity. In this video, clearly, understand why the moon doesn’t fall into the earth

Is the force of Gravity the same all over the Earth?

Gravity isn’t the same everywhere on earth. Gravity is slightly stronger over the places with more underground mass than places with less mass. NASA uses two spacecraft to measure the variation in the Earth’s gravity. These spacecraft are a part of the Gravity Recovery and Climate Experiment (GRACE) mission. 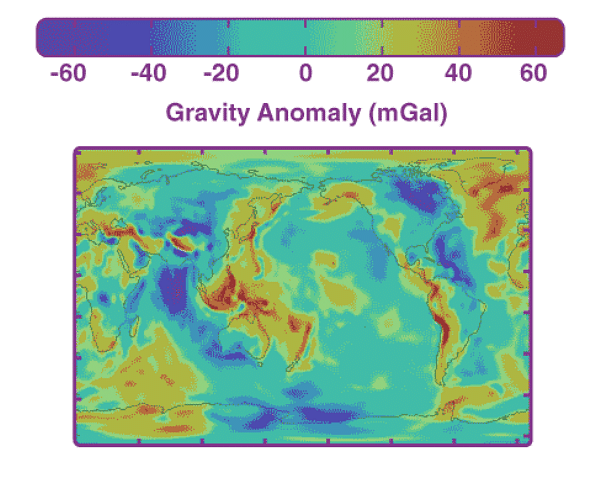 Areas in blue have weaker gravity while areas in red have slightly stronger gravity.

The document Universal Law of Gravitation Notes | Study Physics Class 11 - NEET is a part of the NEET Course Physics Class 11.
All you need of NEET at this link: NEET
Join Course