The document Vector Algebra Physics Notes | EduRev is a part of the Physics Course Basic Physics for IIT JAM.
All you need of Physics at this link: Physics

IntroductionVector is one of the most important for studying physics. But to know about vectors you should first know about a scalar. A scalar is a quantity (length etc) which has only the magnitude (3 m or 4 m and so on) but it doesn't specify the direction as in 3 m to the south of a reference point on a reference plane. This is where ventor comes in use as most of the quantity defined in physics involves direction along with the magnitude.Vector follows the rules of mathematics and geometry as well just in a different manner as the direction pokes its nose the basic concept. And while adding the magnitude of the vectors we are also supposed to keep in mind the direction. In the following paragraph, you will learn to 'visualise' the concept as its he key aim of physics – to be able to 'see' things and not just mathematically or practically prove it.

Addition and subtraction of vectors
Before we dig deeper into the mathematical concepts, we first need to clarify that, vector deals only with the starting and the end points and not the path covered. There in the figure 1, there are several ways to go to point C from A via B, but the vector is meant to deal with the shortest path, that is the straight lines joining them. 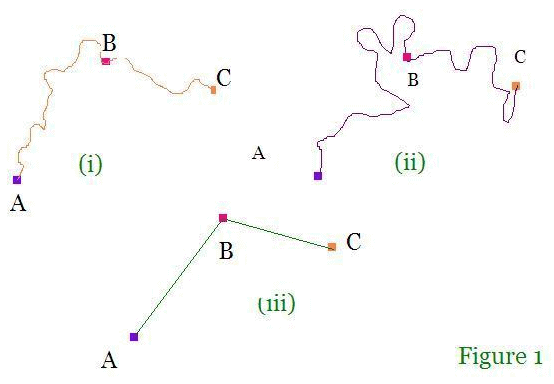 Similarly we can add three vectors and more subsequently as in Figure 3. 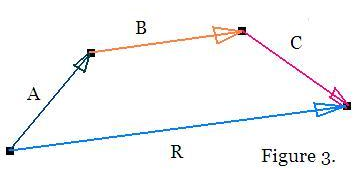 Vector subtractionVector subtraction becomes a little tricky but uses the same concept as the addition, except that the direction of the subtrant is 'reversed' as in the starting and the end points of the second vectors interchange their positions and point in the opposite direction, and simultaneously, a minus (–) sign is added in front of the second vector. The concept is illustrated in Figure 4. 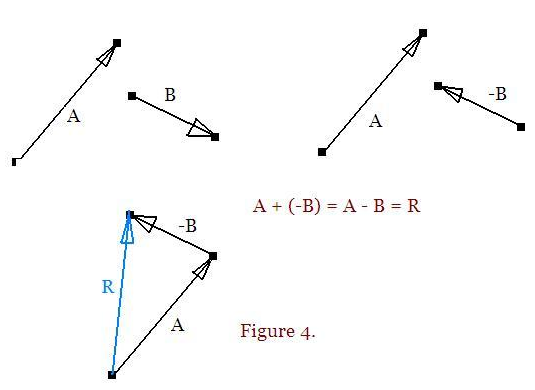 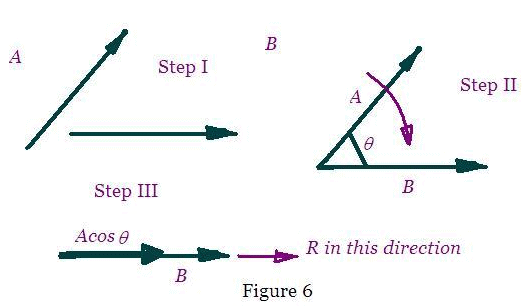 Note: it is obvious that vector product is not commutative or associative as A X B is not equal to BXA. Even if the magnitudes are the same, the directions are straight angle opposite.

Vectors are the most handy tools to work with in advanced geometry and physics and sometimes chemistry and several other fields of study. It is one of the basic building blocks of science and thus should be clearly understood before proceeding.