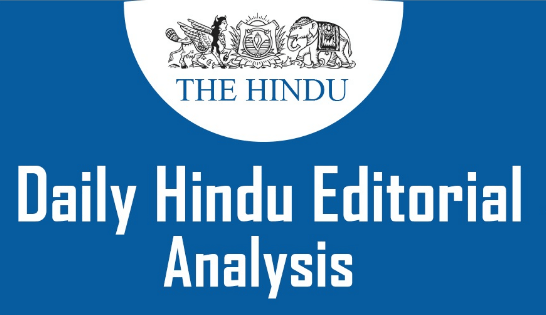 CONTEXT:(i) The tragic crash of an Air India Express ‘Vande Bharat’ relief flight in Kozhikode, in which people lost their lives is a forceful reminder that there are no acceptable risks in aviation.(ii) Although an even bigger disaster was averted(prevented) by the absence of fire in the aircraft, the crash snuffed(took away) out the lives of many returning home from Dubai after a long.(iii) Many Indians could not quickly return home from countries where they were employed, studying or travelling, although they desperately sought flights back home since March.(iv) For those who took that long-awaited trip on August 7, it ended in disaster. RISKY FLIGHT OPERATIONS:(i) There are clear pointers to the dangerous nature of flight operations at Kozhikode airport in the midst of a strong monsoon.(ii) Even with the availability of an instrument landing system for the “tabletop” runway carved into undulating(uneven) terrain, the accident took place.(iii) There are problems with visibility, a far shorter safety area at the runway end than optimal.(iv) There was absence of arrester systems that could stop an overshooting plane from falling off the edge, as it happened with this aircraft.(v) Which of these factors, along with the monsoon impact, led to the disaster will become clear with a professional investigation.(vi) The Civil Aviation Ministry should make a full disclosure on the technical evidence gathered, the integrity of which will be scrutinised by safety organisations worldwide.LACK OF SAFETY MEASURES:(i) Apparently anxious to project an image of normalcy, the Ministry allowed the airport to restart flights in a day, while the accident cause was yet to be ascertained(verified).(ii) If rainy conditions existed during the landing, as Civil Aviation Minister Hardeep Singh Puri has said, these may persist during the rest of the monsoon.Each flight must, therefore, be considered for a potential diversion to a safe airport nearby in bad weather.(iii) Significantly, the admission by the DGCA that the key recommendation of runway extension at Kozhikode made almost a decade ago was not possible due to land acquisition(acquiring) issues.(iv) Although the facility could still support wide-bodied aircraft, it strengthens the view that corners may have been cut on safety.(v) The instance of an Air India Express plane suffering a tail strike in the same airport last year should have led to a full assessment, following up on the recommendations made after the 2010 crash in Mangaluru.(vi) Since the visible cause of Friday’s crash was an overshoot, the runway continues to pose a threat.(vii) Bad meteorological conditions such as rain and wind, and runway surface problems such as stagnation of water or rubber deposits that contribute to skidding endanger passengers and crew.CONCLUSION:(i) Every air safety incident diminishes(reduces) India’s reputation.

(ii) The Kozhikode crash should lead to a fresh review of all risky airports.Transparent remedial action must be taken immediately.(iii) The Kozhikode air crash shows that there can be no compromise on airport infrastructure.

2. Balancing priorities: On development and environment-

CONTEXT:(i) This year, the annual floods that upend(destroy) the Brahmaputra Valley have been followed by intense(excess) spells along the Konkan coast and Mumbai, and now Kerala, which until the end of last month recorded a slight deficit.(ii) The landslip in Idukki, that has so far claimed 43 lives and rendered several homeless, follows from a continuing spell of heavy rains in Kerala.

(iii) Most districts have received three or four times more rain than what is normal.

(iv) Last year too, neighbouring Wayanad saw multiple hamlets(small settlement) wiped out and the year before, the devastating floods in the State forced a debate on the need for new models of development. 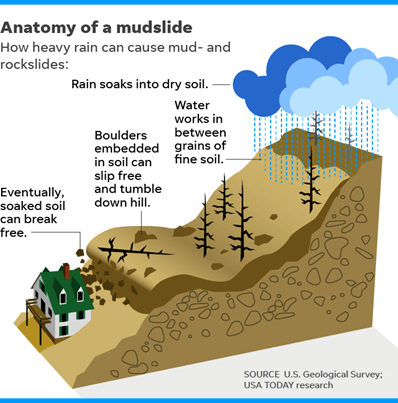 LANDSLIDES:(i) Landslips, or landslides, in the Western Ghats have a history.(ii) Following the 2018 floods, data from the Geological Survey of India showed that Kerala had experienced 67 major landslide events and several minor ones from 1961-2013.(iii) As part of a National Landslide Susceptibility Mapping (NLSM) programme, the agency mapped several States in the Western Ghats, North-eastern States, J&K and Uttarakhand to assess how vulnerable(weak) their districts were.(iv) Nearly 13,000 square kilometres were mapped until 2018 and 6,000 were to be covered in 2019-20 in Kerala, according to the programme website.(v) Nearly 13 of the State’s 14 districts were prone(likely) to landslides.(vi) What made Kerala particularly vulnerable was the high population density of over 800 per square kilometre as compared to other States that also faced high landslide risk.ZONING LAWS:(i) The objective of the NLSM maps is to help State and district authorities incorporate(add) the risk of landslides into zoning laws.(ii) However, just as in the case of earthquake zonation maps, or for that matter, any exercise to scientifically ascertain the risk from natural hazards to a region, these laws are barely implemented in the right spirit.(iii) And this is not unique to Kerala. The details might vary but it is now beyond contestation that India is living in a new climate normal.(iv) Frequent high intensity bursts of rain will co-exist along with long dry spells.(v) It has emerged from studies of Kerala’s topography that quarrying(cutting rocks) and the unscientific cutting of slopes into hills aggravates(increases) the risk of soil erosion.(vi) Operationalising the State’s disaster management apparatus and allocating funds for preparedness are key policy responses, but Kerala also must double down on enforcing regulations and observing zoning laws as well as ensuring that slopes carved into hilly terrain have adequate provisions for draining water.(vii) A lack of compliance with such principles is often a key reason why natural hazards end up causing a significant number of avoidable casualties.CONCLUSION:(i) There is a cost to pursuing(following) development goals without paying attention to environmental constraints.(ii) Development goals must be pursued without breaching(violating) environment regulations.(iii) Forecasts of ‘good’ or ‘normal’ monsoons are often beguiling(charming in deceptive way) and belie(contradict) the ominous(threat).3. A new direction for India-U.S. ties- Subramanyam Swamy-

CONTEXT:(i) The US under the leadership of President F. D. Roosevelt during the early 1940s once pressed Britain’s Prime Minister Winston Churchill to free India and co-opt India as a formal ally(supporter) in World War II.(ii) But Britain firmly and obstinately(wilful) refused to agree despite the writing on the wall — that Indians had stood up and would achieve freedom sooner rather than later.(iii) India stabilised after a bloody(blood-shed) Partition in 1947, declared its commitment to democracy, fundamental rights, free press and non-violence in a written Constitution.