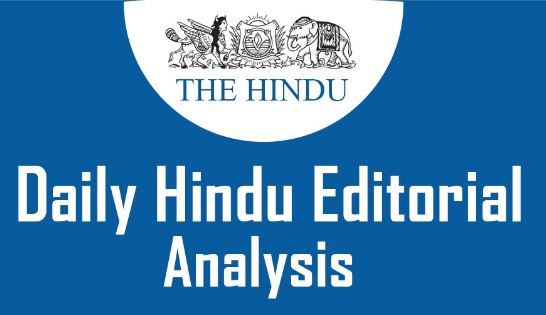 Context(i) Two Kerala fishermen were killed by the Italian marines on February 15, 2012.(ii) It may seem pragmatic(practical) to keep any pending litigation alive until all dues relating to it are paid and all legal issues are settled.(iii) However, it is somewhat puzzling that the Supreme Court of India has said it would keep the Italian marines’ case alive until “hefty(high)” and “adequate” compensation is paid by Italy. No Point in Delaying(i) The Court has indicated that it would not allow the closure of the trial until such compensation is paid. And it has ordered that the families of the victims be heard on this matter.(ii) Union government has declared that it would abide by the ruling of the Permanent Court of Arbitration (PCA) at The Hague, which granted immunity to the marines.(iii) India also favoured Italy as the appropriate jurisdiction where the marines could be tried for the crime.(iv) It does not seem proper to delay the process of bringing closure to the matter.(v) For one thing, the PCA, an arbitral tribunal that adjudicates(decides) disputes under the United Nations Convention on the Law of the Sea (UNCLOS), has itself ruled that India is entitled to compensation.(vi) Second, it hardly needs emphasis that the pendency of the matter in court should not become a bargaining point that delays the reaching of a fair settlement.(vii) Continuing hearings may also be seen as India being reluctant to cease(end) all criminal proceedings against the marines as per the ruling.Needless Objections(i) The Court’s resolve to obtain adequate and hefty compensation for the families of the victims is welcome, though it would be difficult to have a judicial determination of what quantum would satisfy these requirements.(ii) The Centre may have approached the top court for formal permission to close the pending trial proceedings as a matter of abundant caution.(iii) But as far as the law goes, it could have approached the trial court itself through the public prosecutor for withdrawal from prosecution under Section 321 of the CrPC.(iv) Article 253 of the Constitution says Parliament may enact a law to give effect to any international treaty or convention.(v) This has been cited by government to argue that in view of the PCA court’s finding on jurisdiction being in conflict with the Supreme Court’s ruling in 2013 that the Union government alone can try the case, a law may be needed before the trial is closed.(vi) This is just needless quibbling(objection) as the conflict has ceased(ended) after India agreed to abide by the tribunal’s ruling in keeping with its obligations under UNCLOS.Conclusion(i) India’s focus should now be on negotiating for compensation and ensuring a purposive criminal trial in Italy.(ii) The focus must be on adequate compensation for families of fishermen killed by marines.2. INDIA’S POPULATION DATA AND A TALE OF TWO PROJECTIONS

Context(i) A new study published in the highly regarded journal, The Lancet, has shaken up the world of population policy.(ii) It argues that while India is destined to be the largest country in the world, its population will peak by mid-century.(iii) And as the 21st century closes, its ultimate population will be far smaller than anyone could have anticipated, about 1.09 billion instead of approximately 1.35 billion today. It could even be as low as 724 million.(iv) The  population projections are also subject to underlying assumptions that deserve careful scrutiny. They predict that by the year 2100, on average, Indian women will have 1.29 children.(v) Since each woman must have two children to replace herself and her husband, this will result in a sharp population decline.(vi) Contrast this predicted fertility rate of 1.29 for India with the projected cohort fertility of 1.53 for the United States and 1.78 for France in the same model.(vii) It is difficult to believe that Indian parents could be less committed to childbearing than American or French parents.(viii) The UN projects that India’s population will be 1.64 billion by 2050.

Fertility Decline(i) India’s demographic future contains a peaking and subsequently declining population driven by a sharp reduction in fertility.(ii) In the 1950s, India’s Total fertility rate (TFR) was nearly six children per woman; today it is 2.2.(iii) Ironically, the massive push for family planning coupled with forced sterilisation during the Emergency barely led to a 17% decline in TFR from 5.9 in 1960 to 4.9 in 1980.(iv) However, between 1992 and 2015, it had fallen by 35% from 3.4 to 2.2.(v) What happened to accelerate fertility decline to a level where 18 States and Union Territories have a TFR below 2, the replacement level?(vi) One might attribute it to the success of the family planning programme but family planning has long lost its primacy in the Indian policy discourse.(vii) Between 1975 and 1994, family planning workers had targets they were expected to meet regarding sterilisations, condom distribution and intrauterine device (IUD) insertion.(viii) Often these targets led to explicit or implicit(indirect) coercion(force). Following the Cairo conference on Population and Development in 1994, these targets were abandoned.(ix) If carrots have been dropped, the stick of policies designed to punish people with large families has been largely ineffective.(x) Punitive(penalty) policies include denial of maternity leave for third and subsequent births, limiting benefits of maternity schemes and ineligibility to contest in local body elections for individuals with large families.Aspirational Revolution(i) If public policies to encourage the small family norm or to provide contraception have been lackadaisical, what led couples to abandon the ideal of large families?(ii) It seems highly probable that the socioeconomic transformation of India since the 1990s has played an important role.(iii) Over this period, agriculture became an increasingly smaller part of the Indian economy.(iv) School and college enrolment grew sharply and individuals lucky enough to find a job in government, multinationals or software services companies reaped tremendous financial benefits.(v) Not surprisingly, parents began to rethink their family-building strategies.(vi) Where farmers used to see more workers when they saw their children, the new aspirational parents see enrolment in coaching classes as a ticket to success.(vii) The literature on fertility decline in western countries attributes the decline in fertility to retreat from the family.(viii) Indian parents seem to demonstrate increased rather than decreased commitment to family by reducing the number of children and investing more in each child.(ix) Research finds that small and large families do not differ in their leisure activities, women’s participation in the workforce or how many material goods they purchase.(x) However, smaller families invest more money in their children by sending them to private schools and coaching classes. It is not aspirations for self but that for children that seems to drive fertility decline.Conclusion(i) Demographic data suggest that the aspirational revolution is already under way.(ii) What we need to hasten the fertility decline is to ensure that the health and family welfare system is up to this challenge and provides contraception and sexual and reproductive health services that allow individuals to have only as many children as they want.(iii) The country’s demographic future will see peaking and then declining numbers driven by a sharp fertility reduction.3. THE FUTURE OF INDIAN SECULARISM

Context(i) Our public discourse(discussion) is resounding with triumphalism(victory) on the one hand, and lament(criticize) on the other over the death or defeat of secularism.(ii) Secularism has paid a heavy price in our country for being at the centre of public and political discourse. It has been persistently misused and abused. Respect and Critique(i) Constitutional secularism is marked by at least two features. First, critical respect for all religions.(ii) Unlike some secularisms, ours is not blindly anti-religious but respects religion. Unlike the secularisms of pre-dominantly single religious societies, it respects not one but all religions.(iii) However, given the virtual impossibility of distinguishing the religious from the social, as B.R. Ambedkar famously observed, every aspect of religious doctrine or practice cannot be respected.(iv) Respect for religion must be accompanied by critique.(v) It follows that our state must respectfully leave religion alone but also intervene whenever religious groups promote communal disharmony and discrimination on grounds of religion.(vi) Therefore, and this is its second feature, the Indian state abandons strict separation but keeps a principled distance from all religions.(vii) For instance, it cannot tolerate untouchability or leave all personal laws as they are. Equally, it may non-preferentially subsidise schools run by religious communities.(viii) Thus, it has to constantly decide when to engage or disengage, help or hinder religion depending entirely on which of these enhances our constitutional commitment to freedom, equality and fraternity.(ix) This constitutional secularism cannot be sustained by governments alone but requires collective commitment from an impartial judiciary, a scrupulous media, civil society activists, and an alert citizenry.Advent of Opportunism(i) Party-political secularism, born around 40 years ago, is a nefarious doctrine practised by all political parties, including by so-called ‘secular forces’.(ii) This secularism has dispelled all values from the core idea and replaced them with opportunism.(iii) Opportunistic distance (engagement or disengagement), but mainly opportunistic alliance with religious communities, particularly for the sake of immediate electoral benefit, is its unspoken slogan.(iv) Today, Indian constitutional secularism is swallowed up by this party-political secularism, with not a little help from the Opposition, media and judiciary.Two Crucial Moves(i) Two crucial moves are needed to kick-start the discourse and practice of secularism.(ii) First, a shift of focus from a politically-led project to a socially-driven movement for justice.(iii) Second, a shift of emphasis from inter-religious to intra-religious issues.(iv) I invoke the name of two great leaders, B.R. Ambedkar and Jawaharlal Nehru, to make my point.(v) B.R. Ambedkar dispassionately observed that when two roughly equal communities view each other as enemies, they get trapped in a majority-minority syndrome, a vicious cycle of spiralling political conflict and social alienation.(vi) B.R. Ambedkar also claimed that when communities view each other as a menace, they tend to close ranks.(vii) This has another debilitating impact: all dissent within the community is muzzled and much needed internal reforms are stalled. If so, the collapse of the syndrome unintentionally throws up an opportunity.(viii) As the focus shifts from the other to oneself, it may allow deeper introspection within, multiple dissenting voices to resurface, create conditions to root out intra-religious injustices, and make its members free and equal.(ix) After all, the Indian project of secularism has been thwarted as much by party-politics as by religious orthodoxy and dogma.Europe’s Example(i) Here, Europe’s example helps. The fight against the oppression of the church was as much a popular struggle as it was driven by the state.(ii) Europe’s secularism provided a principle to fight intra-religious oppressions.(iii) Nehru understood this. For him, secularism was not only a project of civic friendship among religious communities but also of opposition to religion-based caste and gender oppressions.(iv) For the moment, the state-driven political project of secularism and its legal constitutional form appear to have taken a hit.(v) But precisely this ‘setback’ can be turned into an opportunity to revitalise the social project of secularism.(vi) Since the Indian state has failed to support victims of oppressions sanctioned by religion, a peaceful and democratic secularism from below provides a much-needed internal critique and reform of our own respective religions.(vii) This will enable their compatibility with constitutional values of equality, liberty and justice.(viii) A collective push from young men and women untainted by the politics and ideological straitjacketing of the recent past may help strengthen the social struggle of emancipation from intra-religious injustices.Conclusion(i) The political project of secularism arose precisely because religious toleration no longer worked.(ii) Needed today are new forms of socio-religious reciprocity, crucial for the business of everyday life and novel ways of reducing the political alienation(isolate) of citizens.