What are Allotropes of Carbon?

The phenomenon of the existence of allotropic forms of an element is called allotropy. Allotropes are the different forms of the same element having different physical properties but almost similar chemical properties due to different arrangements of atoms. 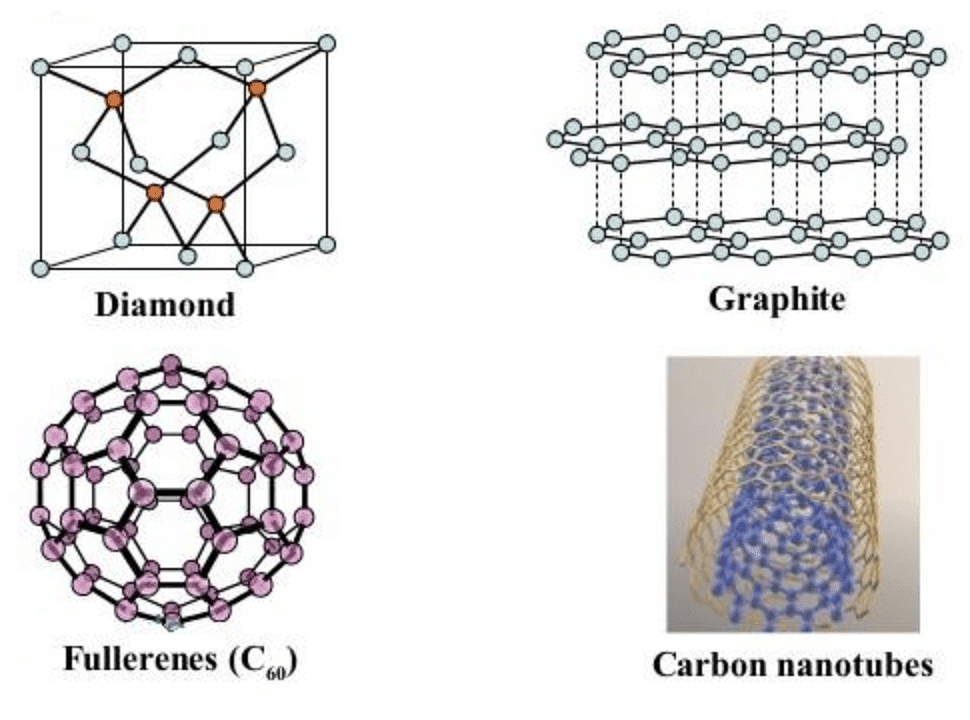 The allotropes of carbon can be categorized into two:

How many Carbon Allotropes are there?

Let us now take a look into the more widely known allotropes of carbon:

Diamond is a crystalline allotrope of carbon. Its atomic symbol & empirical formula is 'C'

Graphite is also known as black lead, it marks paper black. The name graphite has been taken from the Greek word ''graphein" (which means to write) in reference to its uses as 'lead' in lead pencils.

Compounds formed by the combination of carbon and hydrogen atoms only are known as hydrocarbons.

Table: Some examples for saturated hydrocarbon 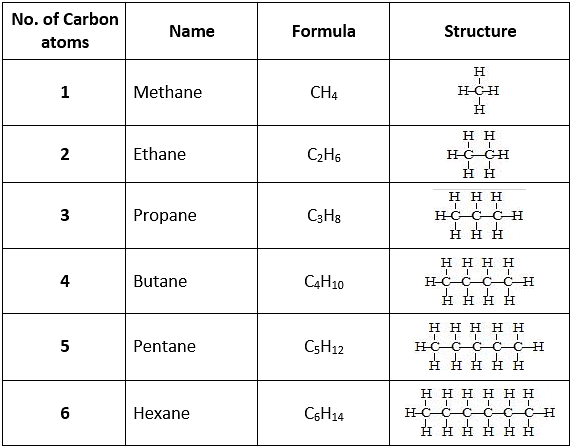 Question for Allotropes of Carbon & Hydrocarbons
Try yourself:Which among the following are unsaturated hydrocarbons?

Unsaturated hydrocarbons are hydrocarbons that have double or triple covalent bonds between adjacent carbon atoms. The term "unsaturated" means more hydrogen atoms may be added to the hydrocarbon to make it saturated (i.e. consisting all single bonds).

So, option C is correct as (ii) and (iv) have double or triple covalent bonds.