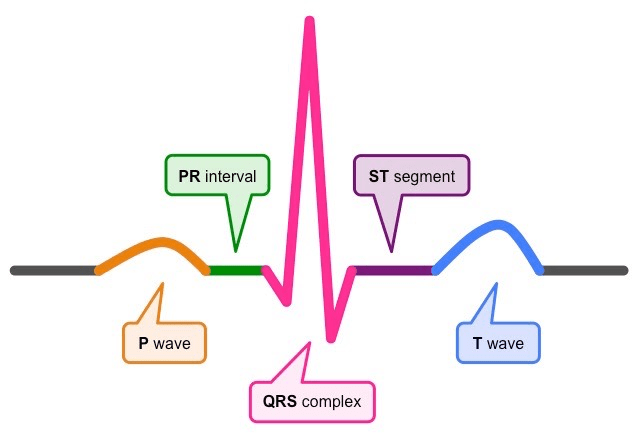 Ans. (c)Solution.Eosinophils release mediators like histaminases during type I hypersensitivity or allergic reaction.Basophils are granulocytes ie they contain large cytoplasmic granules in the cell nucleus and it store histamine, a vasodilator and anticoagulant heparin.Neutrophils are phagocytic in nature and are able to engulf foreign substance (like bacteria) Lymphocytes have receptors on their surface and they produce antibodies so responsible for immune response.Q.5. Identify the wrong statement with reference to the gene ‘I’ that controls ABO blood groups.     (2020)(a) When IA and IB are present together, they express same type of sugar.(b) Allele ‘i’ does not produce any sugar.(c) The gene (I) has three alleles.(d) A person will have only two of the three alleles.Ans. (a)Solution.When IA and IB are present together they both express their own types of sugars, because of co-dominance. Hence red blood cells have both A and B types of sugars.Q.6. Match the Column - I with Column - II.    (2019)

Ans. (b)Solution.A normal electrocardiogram or ECG comprises a P ware, a QRS wave complex and a T wave in which P wave represents depolarization of the atria, QRS wave complex represents depolarization of the ventricles and T wave represents ventricular repolarization. Myocardial ischaemia can affect morphology of T-wave in a variety of ways, i.e., T-wave may become tall, flattened, inverted or biphasic. Flattened T-waves are common in patients with myocardial ischemia.Q.7. What would be the heart rate of a person if the cardiac output is 5 L, blood volume in the ventricles at the end of diastole is 100 mL and at the end of the ventricular systole is 50 mL?    (2019)(a) 125 beats per minute(b) 50 beats per minute(c) 75 beats per minute(d) 100 beats per minuteAns. (d)Solution.Stroke volume = End diastolic volume - End systolic volume= 100 - 50 = 50 mLCardiac output = Heart beat x stroke volume∴ Heart beat = Cardiac output/Stroke volume = 5000 / 50 = 100 beats per minuteQ.8. Match the items given in Column I with those in column II and select the correct option given below.    (2018)

Ans. (d)Q.10. Adult human RBCs are enucleated. Which of the following statement(s) is/are most appropriate explanation for this feature?    (2017)(1) They do not need to reproduce.(2) They are somatic cells.(3) They do not metabolise.(4) All their internal space is available for oxygen transport.(a) Only (1)(b) (1), (3) and (4)(c) (2) and (3)(d) Only (4)Ans. (d)Solution.Red blood cells of adult humans do not have cell organelles including nucleus. Golgi bodies, mitochondria, ribosomes, etc. It increases the surface area of RBCs and enables them to contain more haemoglobin (the oxygen-carrying pigment).Q.11. The hepatic portal vein drains blood to liver from    (2017) (a) Stomach (b) Kidneys (c) Intestine (d) Heart.Ans. (a, c)Solution.Blood enters the liter from two sources. Faint the hepatic artery, it gets oxygenated blood and from the hepatic portal vein, it receives deoxygenated blood. Blood in the hepatic artery comes from the aorta. Blood in the hepatic portal vein comes directly from the intestine containing newly absorbed nutrients, stomach, etc.Q.12. Name the blood cells, whose reduction in number can cause clotting disorder, leading to excessive loss of blood from the body.     (2016)(a) Erythrocytes(b) Leucocytes(c) Neutrophils(d) ThrombocytesAns. (d)Solution.Thrombocytes are called blood platelets. They are minute disc-shaped cell fragments in mammalian blood. They are formed as fragments of larger cells found in red bone marrow; they have no nucleus. They play an important role in blood clotting and release thromboxane A2, serotonin and other chemicals, which cause a chain of events leading to the formation of a plug at the site of the damage, thus preventing further blood loss. A reduction in their number can lead to clotting factors which will lead to excessive loss of blood from the body.Q.13. Scrum diners from blood in    (2016)(a) Lacking globulins(b) Lacking albumins(c) Lacking clotting factors(d) Lacking antibodies.Ans. (c)Solution.Serum is the fluid that separates from blood plasma on centrifugation. Serum is essentially similar in composition to plasma but lacks fibrinogen and other substances that are used in the coagulation process.Q.14. Reduction in pH of blood will    (2016) (a) Reduce the rate of heart beat.(b) Reduce the blood supply to the brain.(c) Decrease the affinity of Haemoglobin with oxygen.(d) Release bicarbonate ions by the liver.Ans. (c)Solution.Reduction of pH of blood will decrease the affinity of Haemoglobin with oxygen which in turn causes Acidosis.Q.15. Blood pressure in the pulmonary artery is    (2016) (a) Same as that in the aorta.(b) More than that in the carotid.(c) More than that in the pulmonary vein.(d) Less than that in the venae cavaeAns. (c) Solution.Arteries have higher blood pressure than veins because blood is forced inside them from heart and also their lumen is narrow.

Q.16. Which one of the following is correct?    (20158)(a) Serum = Blood + Fibrinogen(b) Lymph = Plasma + RBC + WBC(c) Blood = Plasma + RBC + WBC(d) Plasma = Blood – LymphocytesAns. (c) Solution.Blood consists of plasma, RBC, WBC and platelets.Q.17. Erythropoiesis starts in:    (2015)(a) Liver(b) Spleen(c) Red bone marrow(d) KidneyAns. (c)Solution.Erythropoiesis is the process of formation of R.B.C. In the first month of pregnancy, yolk sac is the hematopoietic tissue. After 5 weeks, it is followed by the liver. Red bone marrow from 6 months onwards becomes the principal site of erythropoiesisQ.18. Blood pressure in the mammalian aorta is maximum during:    (2015)(a) Diastole of the right ventricle(b) Systole of the left ventricle(c) Diastole of the right atrium(d) Systole of the left atriumAns. (b)Solution.The wall of the left ventricle is the thickest of all the Chambers. It supplies oxygenated blood throughout the body. Aorta arises from the left ventricle and the musculature is best developed.Q.19. Doctors use stethoscopes to hear the sounds produced during each cardiac cycle. The second sound is heard when:    (2015)(a) Ventricular wall vibrate due to gushing in of blood from atria(b) Semilunar valves close down after the blood flows into vessels from ventricles(c) AV node receives signal from SA node(d) AV valves open upAns. (b)Solution.The second sound heard by doctors using stethoscope occurs when semilunar valves close down after the blood flows into vessels from ventricles.

Q.20. Person with blood group AB is considered as universal recipient because he has:    (2014)(a) Both A and B antigens on RBC but no antibodies in the plasma.(b) Both A and B antibodies in the plasma.(c) No antigen on RBC and no antibody in the plasma.(d) Both A and B antigens in the plasma but no antibodies.Ans. (a)Solution.Karl Landsteiner reported first time ABO blood groups in human beings. A, B and O blood groups were discovered by Landsteiner (1900) while AB blood group was found out by de Castello and Steini (1902). ABO blood groups are determined by the gene I (isoagglutinin). There are three alleles. IA, IB and IO of this gene. Proteins produced by the IA and IB alleles are called A antigen and B antigen. Individuals with AB blood group have both antigen A and antigen B on their RBCs, and no antibodies for either of the antigens in their plasma.Q.21. How do parasympathetic neural signals affect the working of the heart?    (2014)(a) Reduce both heart rate and cardiac output.(b) Heart rate is increased without affecting the cardiac output.(c) Both heart rate and cardiac output increase.(d) Heart rate decreases but cardiac output increases.Ans. (a) Solution.Control of Heart Beat by Nervous System: Medulla oblongata has two regulatory centre:(i) Accelerator centre - It functions through sympathetic nervous system (SNS) and increases heart beat by the secretion of epinephrine or adrenaline.(ii) Depressor centre - It functions through parasympathetic nervous system (PSNS) by the secretion of acetylcholine.  It decreases heart beat, speed of conduction of action potential and thereby the cardiac output. 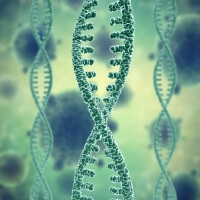