The hydrocarbons may have branched, closed chains or ring or cyclic structures. 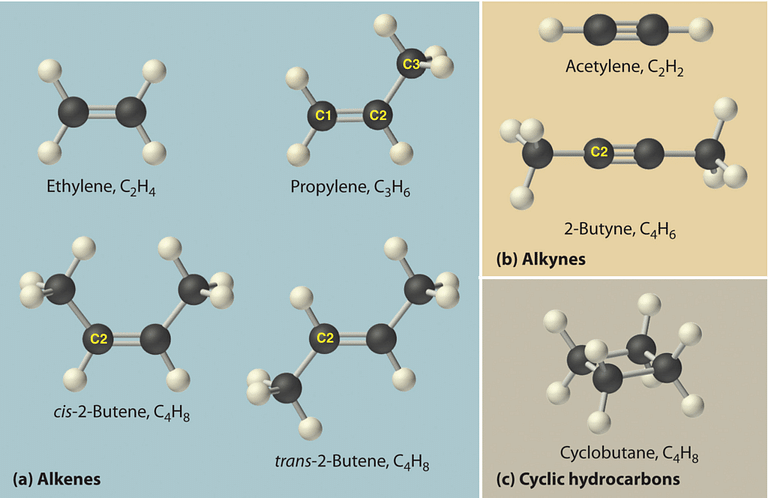 These hydrocarbons contain closed chain or rings of atoms in their molecules. These are of two types:

Will you be my friend? (functional group)

Properties of CH3-OH and CH3-CH2OH are similar and it is due to the presence of -OH (hydroxyl) group.This group is known as alcoholic group.Family of compounds having -OH group is called alcohols.

Some Functional Groups in Carbon compounds 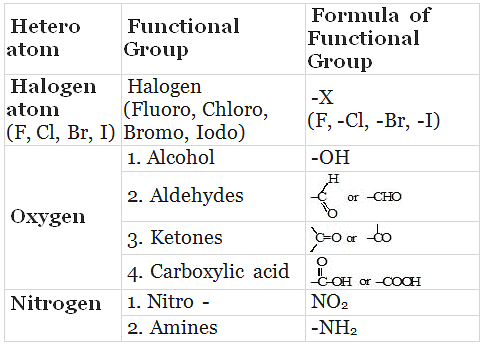 "A series of organic compounds having similar structures similar chemical properties and same general formula in which the successive members differ in their molecular formula by -CH2 group".

The different members of the series are called homologous.

Table: Some Members of Alkane, Alkene and Alkyne (Homologous Series)

Q. What is a homologous series? Explain with an example.Solution.

Carbon compounds can be called by their common names, but, then remembering millions of compounds by their individual names may be very difficult. Due to this reason, the International Union of Pure and Applied chemistry (IUPAC) has devised a very systematic method of naming these compounds.

Naming a Carbon CompoundThe number of carbon atoms in the molecule of a hydrocarbon is indicated by the following stems.

"Functional group may be defined as an atom or a group of atoms which is responsible for most of the characteristic chemical properties of an organic compound".

Prefixes and Suffixes of some Substituents/Functional Group