2. GLOBAL INTERCONNECTIONS NOT NEW TO WORLD AND TO INDIA(1) Since the early years, India has never been isolated from the world. For eg: Silk route, which centuries ago connected India to the great civilisations, which existed in China, Persia, Egypt and Rome.

(3) INDEPENDENT INDIA AND THE WORLDIndependent India retained a global outlook, even after Independence. For instance migration export and import of raw material, goods and technology was very much part of development since independence.Foreign firms did operating in India.3. DIMENSIONS OF GLOBALISATION 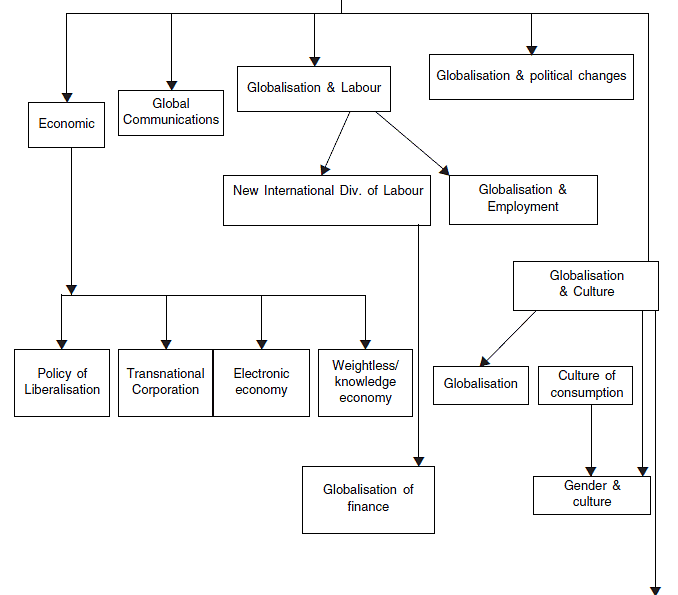 DIGITAL DIVIDE: It exists in situations where some homes and many offices have multiple links with the outside world but some may not have.

14 A. CULTURE OF CONSUMPTION

15. THREAT TO MANY INDIGENOUS CRAFT AND LITERARY TRADITIONS AND KNOWLEDGE SYSTEMS