The document Chemical Properties of Metals and Non-Metals Class 10 Notes | EduRev is a part of the Class 10 Course Science Class 10.
All you need of Class 10 at this link: Class 10

Metals are the electropositive element where they tend to donate electrons and form positive ions and become stable.

Some properties of famous metals:

Sodium is the most reactive metal.

Reaction of Metals with Oxygen (Burnt in Air)

Try yourself:Which of the following represent the correct order of decreasing reactivity?
Explanation

So, according to the series given above, the answer is Option A. 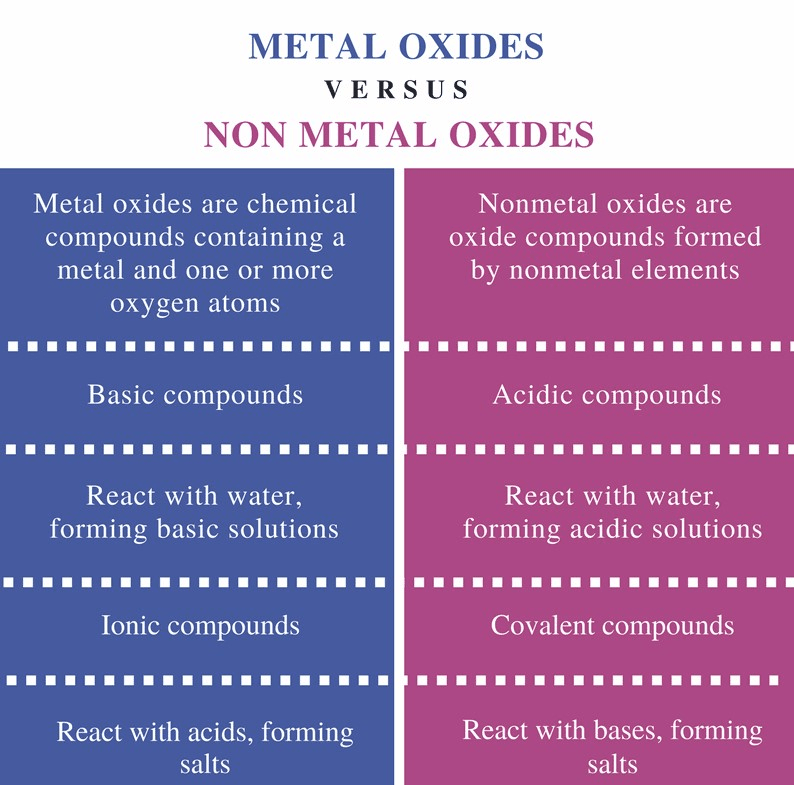 Reaction of Metals with Water

Some oxide of metals dissolves in water and form alkalis.

ActivityAimTo study the reactivity of metals with water & zinc

The following reaction occur in the above activity:

(i) Na and K metals react vigorously with cold water to form NaOH and H2 gas is liberated.

This reaction is so violent and exothermic that the H2 gas evolved catches fire.

(iii) Calcium reacts with cold water to form Ca(OH)2 and H2 gas. It is less violent.

(iv) Aluminium does not react either with cold or hot water. But it reacts only with steam to form aluminium oxide and hydrogen gas.

(vii) Iron metal react when steam is passed over a red hot iron and form iron oxide and H2 gas.

(viii) Copper do not react even under strong conditions. Similarly, gold and silver also do not react with water. The above reactions indicate that sodium and potassium are the most reactive metals while copper is the least reactive. Result: The reactivity order of these metals with water are K > Na > Ca > Mg > Al > Zn >Fe > Cu Reactivity with water decreases.

The highly reactive metals react with dilute acid to displace hydrogen from acid. The reactivity of different metals is different with the same acid.Metal + Dilute acid → Salt + Hydrogen

Aqua Regia (Royal Water) Aqua regia is a Latin word it means " royal water". It is a freshly prepared mixture of concentrated hydrochloric acid and concentrated nitric acid in the ratio of 3 : 1. It is a highly corrosive, fuming liquid and it used for dissolving gold and platinium.

How do Metals react with Solutions of other Metal Salts 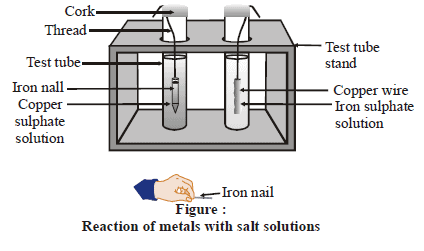 Try yourself:Which one of the following four metals would be displaced from the solution of its salts by other three metals?
Explanation

Silver (Ag) metal would be displaced from the solution of its salts by other three metals because Ag is less reactive than Mg, Zn and Cu.

The base has a bitter taste and a slippery texture. A base dissolved in water is called an alkali. When chemically reacting with acids, such compounds produce salts. Bases are known to turn blue on red litmus paper.

When a base reacts with a metal, hydrogen gas is produced. It burns with a pop sound when a burning candle is brought near the test tube’s mouth.