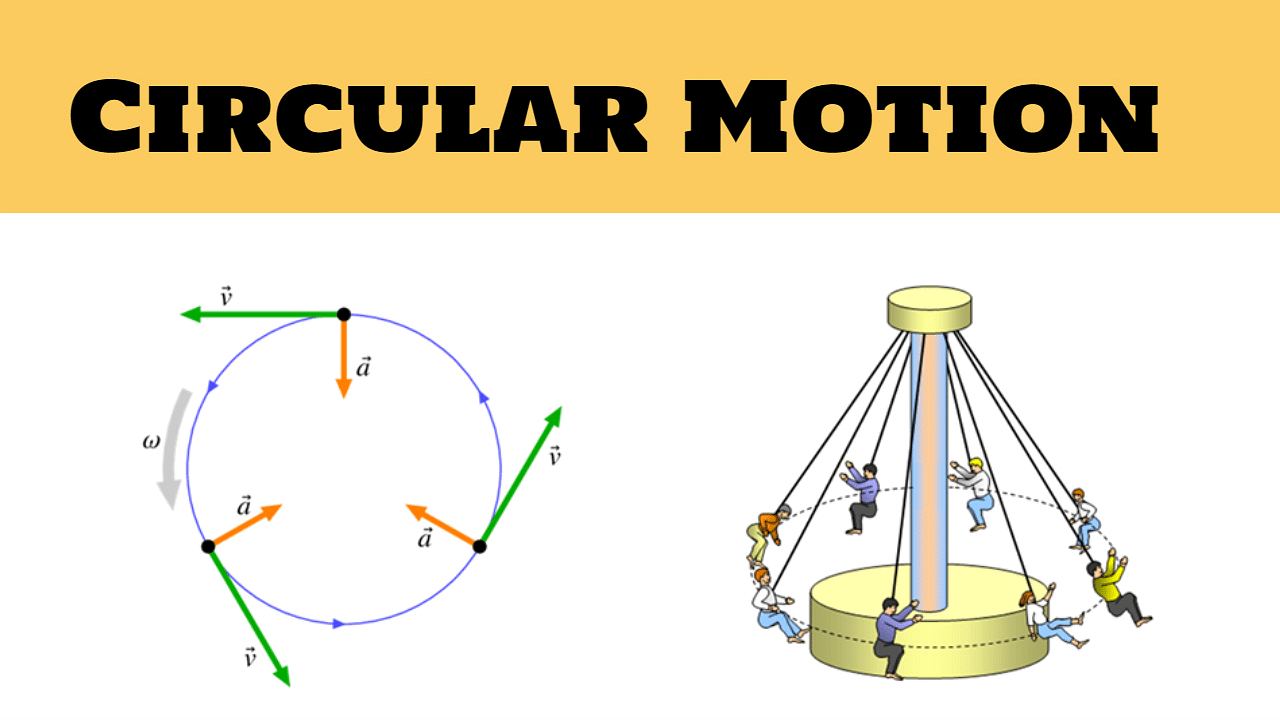 But with respect to man B

Therefore we conclude that with respect to A the motion of car is straight line but for man B it has some angular velocity. 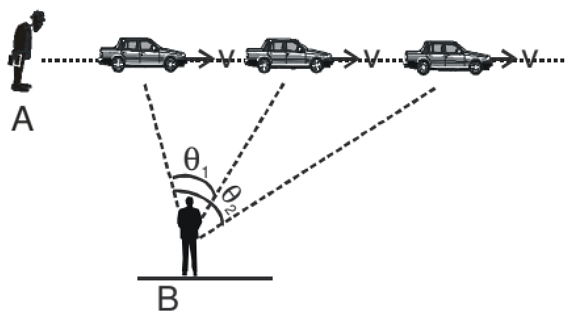 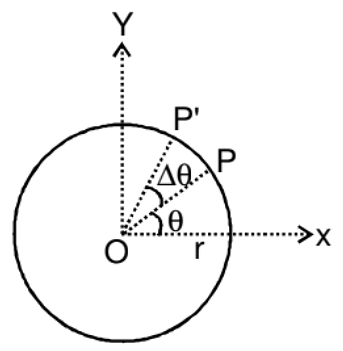 The angle made by the position vector with given line (reference line) is called angular position Circular motion is a two dimensional motion or motion in a plane.

Angle rotated by a position vector of the moving particle in a given time interval with some reference line is called its angular displacement.

where θ1 and θ2 are angular position of the particle at time t1 and t2 respectively.

The rate of change of angular velocity is called the angular acceleration (α). Thus, 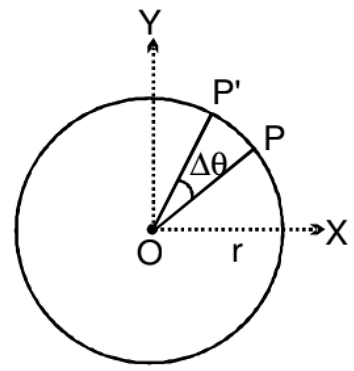 Here, v is the linear speeds of the particleIt is only valid for circular motion.

v = rω is a scalar quantity.

Angular velocity is defined with respect to the point from which the position vector of the moving particle is drawn Here angular velocity of the particle w.r.t. `O' and `A' will be different. 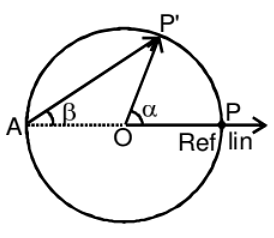 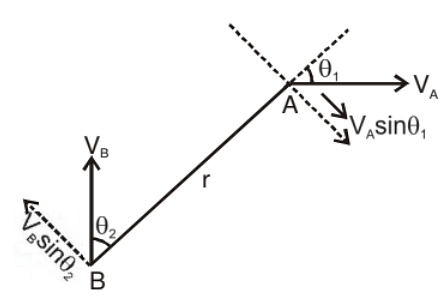 Let ω1 and ω2 be the instantaneous angular speeds at times t1 and t2 respectively, then the average angular acceleration αav is defined as

It is the limit of average angular acceleration as ∆t approaches zero, i.e.,

For better understanding, we can classify the circular motion in following three

1. Uniform circular motion in which v and ω are constant. 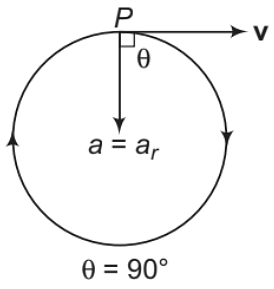 a is towards centre, v is tangential and according to the shown figure, ω is perpendicular to paper inwards or in ⊗ direction.

In the figure shown, α and ω both are perpendicular to paper inwards. Further, 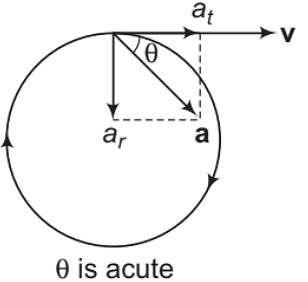 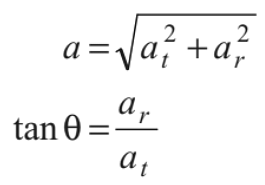 In the figure shown, ω is perpendicular to paper inwards in ⊗direction and

α is perpendicular to paper outwards in O direction. 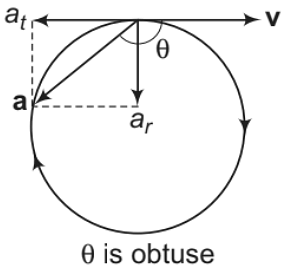 Note: In the above figures, θ is the angle between v and a.

The document Circular Motion Notes | Study Physics For JEE - JEE is a part of the JEE Course Physics For JEE.
All you need of JEE at this link: JEE
Join Course