The document Cleansing Action of Soaps and Detergents - Carbon and its Compounds, Class 10, Science | EduRev Notes is a part of the Class 10 Course Science Class 10.
All you need of Class 10 at this link: Class 10

Soap and detergents:Soaps and detergents are the substances used for cleaning.Soap: A soap is the sodium or potassium salt of a long-chain fatty acids (carboxylic acid or glycerol) having cleansing action in water.A soap has a large non ionic hydrocarbon group and an ionic group. COONa. 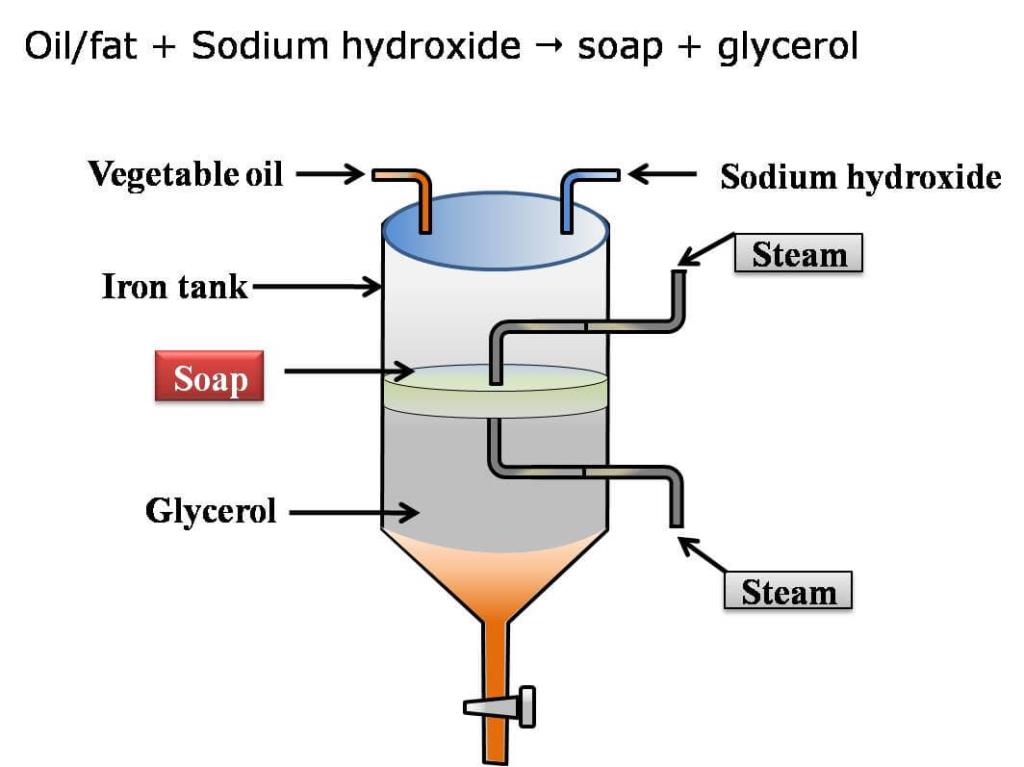 The soap is prepared by heating animal fats or vegetable oils (olive oils, castor oil or palm oil) with sodium hydroxide or potassium hydroxide.The process of formation of soap by the hydrolysis of fat or oil with alkali is called saponification.Oil or Fat + Sodium hydroxide → Soap + glycerol

Structure: Cleansing action of soap:The molecules of soap are sodium or potassium salts of long chain carboxylic acids. The ionic end of soap dissolves in water while the carbon chain dissolves in oil. The soap molecules, thus form structures called micelles where one end of the molecules is towards the oil droplet while the ionic end faces outside. This forms an emulsion in water. The soap micelle thus helps in dissolving the dirt in water and we can wash out clothes clean. 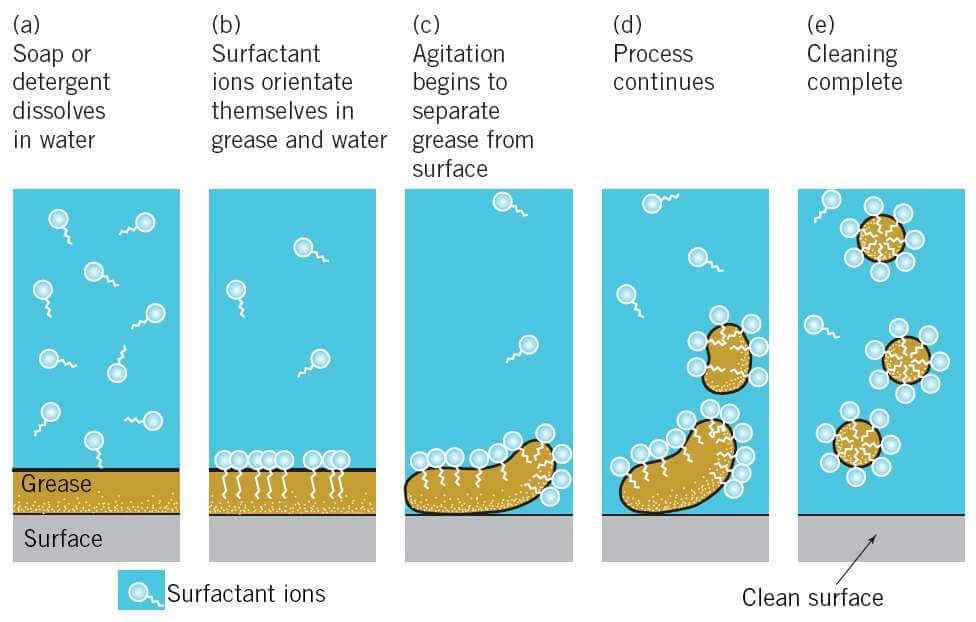 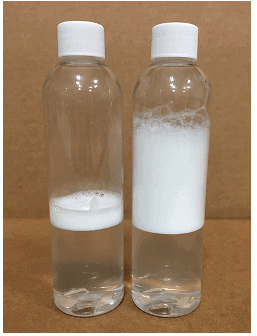 These ions react with the carboxylate ions (RCOO-) of the soap forming an insoluble precipitate called scum. For example, soap like sodium stearate (C17H35COONa) reacts with calcium and magnesium ions as per the following chemical equation.

The scum gets attached to the clothes, utensils and even skin and thus, interferes with the cleansing ability of the additional soap and makes the cleansing of clothes difficult. Moreover, a large amount of soap is wasted in reacting with calcium and magnesium ions present in hard water.

As the fatty acids are weak acids, so they do not get ionised and hence, micelle formation is hindered, thus, adversely affecting the cleansing property of soaps.You will observe that the amount of foam in the two test tubes is different. The foam is formed to a greater extent in test tube 'B' (containing detergent solution), while formation of a curdy white mass will be observed in test tube 'A'. This activity clearly indicates that detergents can be used for cleansing purposes, even with hard water.SYNTHETIC DETERGENTSSynthetic detergents are called soapless soaps because they are not prepared from fatty acid and alkali.Synthetic detergents are sodium salts of sulphonic acids, i.e. detergents contain a sulphonic acid group (-SO3H), instead of a carboxylic acid group (-COOH), on one end of the hydrocarbon chain. 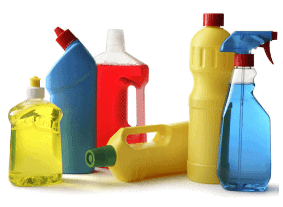 Detergents have better cleansing action than soaps. Detergents are generally ammonium or sulphonate salts of long chain carboxylic acids. The charged ends of these compounds do not form insoluble precipitates with the calcium and magnesium ions in hard water. Thus, they remain effective in hard water. Detergents are usually used to make shampoos and products for cleaning clothes.

Differences between soaps and synthetic detergents: