The document Electronic Configuration Class 11 Notes | EduRev is a part of the JEE Course Chemistry for JEE.
All you need of JEE at this link: JEE

What are Electron Configurations? 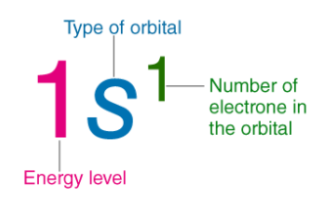 Electronic configuration can be expressed in the following ways :

Similarly, in the case of transition elements, electrons are removed from nth shell for e.g. 4th shell in case of 3 d series.

Above exceptional configuration can be explained on the basis of following factors.(i) Symmetrical Electronic Configuration :

It is well-known fact that symmetry leads to stability, orbitals of a subshell having half-filled or full-filled configuration (i.e. symmetrical distribution of electrons) are relatively more stable. This effect is dominating in d and f subshell.

It is assumed that electrons in degenerate orbitals, do not remain confined to a particular orbital rather it keeps on exchanging its position with electron having same spin and same energy (electrons present in orbitals having same energy). Energy is released in this process known as exchange energy which imparts stability to the atom. More the number of exchanges, more will be the energy released, more the energy released stability will be more.

where n represents no. of electron having same spin.

In case of carbon magnitude of transfer energy > dep. energy exch. energy and configuration of carbon is:

It is the measure of the magnetic nature of substance

where n is no. of unpaired electrons.

When m = 0, then there is no unpaired electron in the species and it is known as diamagnetic species.

These species are repelled by magnetic field.

When , for paramagnetic species. These species have unpaired electrons and are weakly attracted by the magnetic field.

The importance of these plots lies in the fact that they give information about how the radial wave function changes with distance r and about the presence of nodes where the change of sign of R occurs.

Fig: Variation of R with r.

The square of the radial wave function R2 for an orbital gives the radial density. The radial density gives the probability density of finding the electron at a point along a particular radius line. To get such a variation, the simplest procedure is to plot R2 against r. These plots give useful information about probability density or relative electron density at a point as a function of radius. It may be noted that while for s-orbitals the maximum electron density is at the nucleus. all other orbitals have zero electron density at the nucleus.

The radial density R2 for an orbital, as discussed above, gives the probability density of finding the electron at a point at a distance r from the nucleus. Since the atoms have spherical symmetry, it is more useful to discuss the probability of finding the electron in a spherical shell between the spheres of radius (r dr) and r. The volume of the shell is equal to 4/3π(r dr)3-4/3πr3 = 4πr2dr.

This probability which is independent of direction is called radial probability and is equal to 4πr2drR2.

Radial probability function (4πr2drR2) gives the probability of finding the electron at a distance r from the nucleus regardless of direction. 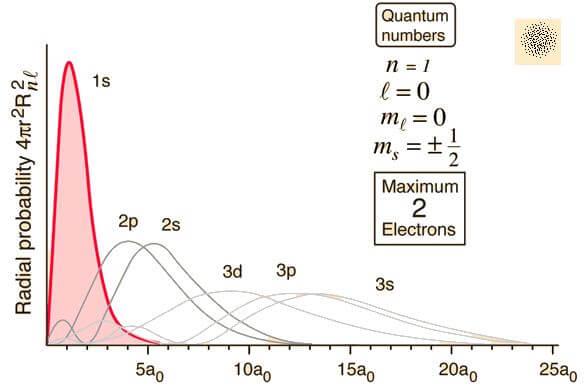 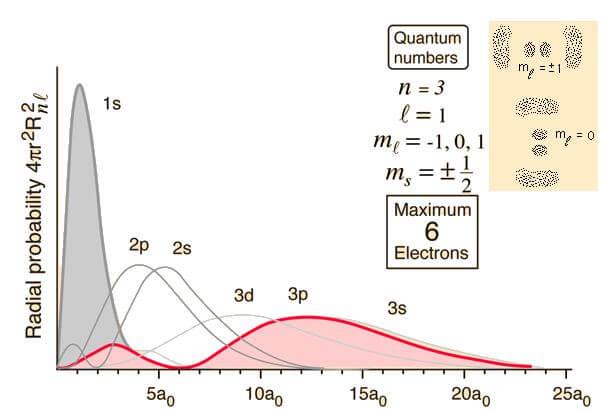 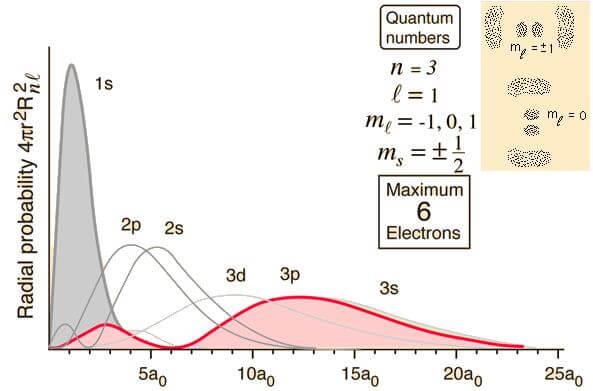 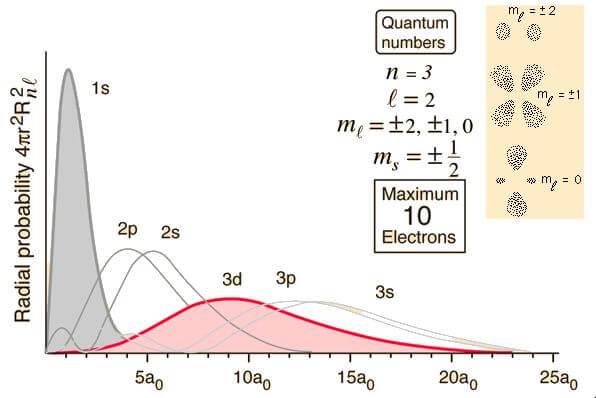 For an s-orbital, the angular part is independent or angle and is, therefore, of constant value. Hence this graph is circular or, more properly, in three dimensions i.e., spherical. For the pz orbital, we get two tangent spheres. The px and py orbitals are identical in shape but are oriented along the x and y axes respectively. The angular, wave function plots for d and f-orbitals are four lobed and six-lobed respectively.

The angular probability density plots can be obtained by squaring the angular function plots shown in fig. On squaring, different orbitals change in different ways. For an s orbital, the squaring causes no change in shape since the function everywhere is the same: thus another sphere is obtained.