The document Federal & Unitary Features of the Indian Constitution Notes | Study Indian Polity for UPSC CSE - UPSC is a part of the UPSC Course Indian Polity for UPSC CSE.
All you need of UPSC at this link: UPSC
India is different from the United States of America where the Federation is the result of an agreement between different States and where the States have a right to secedes from the Union. The Indian Union shares the features both of a federal and unitary form of Government and its Constitution can, at the most, be described as quasi-federal. It has also been suggested that the Constitution of India is federal in form but unitary in spirit. 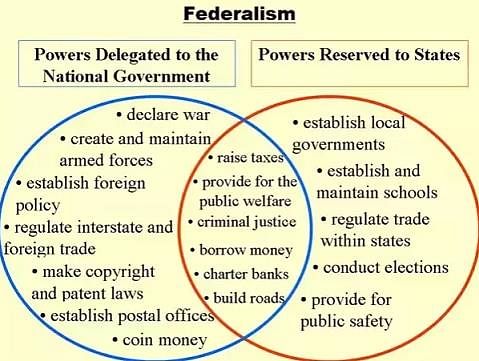 FEDERAL FEATURESThe following are the federal features of the Indian Constitution :(a) Distribution of Powers: The Constitution provides three list, viz Union list, State list and Concurrent list. The subjects of all-India importance are included in the Union list and the Parliament has the power to make laws thereon. The state list contains all subjects which are of local importance and the States are empowered to make laws on them. Both the Union and the States can make laws on the subjects in the Concurrent list. Residuary powers are vested in the Union.(b) Constitution is Supreme: The Union government as well as the State government have to function strictly in accordance with the Constitution. They  can neither alter the distribution of powers nor override or contrivance the dictates of the Constitution. 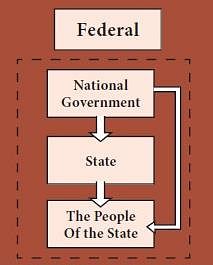 Functioning of the federal government(c) Written Constitution: Indian Constitution is entirely written, which renders it more or less rigid. If it has to be amended, the amendment must be passed by the Parliament and in certain cases ratified by at least half the State Legislatures.(d) Independent Judiciary: This is an essential feature of a federal state. The Constitution establishes the Supreme Court as the Federal Court of India. Ithas the power to interpret the Constitution and to safeguard it against any violation.UNITARY FEATURESThe unitary features of the Indian Constitution are as follows :

(a) Single Citizenship: In a federation, people enjoy dual citizenship, that of the centre and of the State to which they belong. But the Indian Constitution provides \every Indian with single citizenship. Every citizen has the same right of citizenship, no matter in which state he resides.(b) Re-organisation of States: The Indian Constitution has been designed to give the country a very strong Centre. The most important subjects are included in the union list which has been allocated to the Centre. The Centre can also exercise legislative jurisdiction on the subjects in the Concurrent lists and enjoys an overriding authority over the State governments. The residuary powers are also vested in the  Centre. 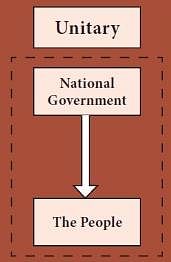 Functioning of unitary government(d) Single Constitutional Framework: Indian Constitution is the same for the Centre as well as for the State. They have to act within the framework provided by the Constitution and they cannot get out of it.(e) Unitary System in Emergency: The proclamation of national emergency can immediately turn the federal system of India into a unitary one.(f) Unequal Representation in Rajya Sabha: In a federation, each state get equal representation irrespective of its size or population. But the Rajya Sabha in India has not been organized on a federal basis. Here States are represented on the basis of population. Besides, the President has the power to nominate twelve members to the Rajya Sabha.(g) Appointment of Governors: The Governors of the States are appointed by the President and they continue to hold office only during his pleasure.(h) Uniformity in Basic Matters: The Indian Constitution provides for single judiciary, a single system of civil and criminal law, and common All India Services. The authority of the comptroller and Auditor General and the Chief Election Commission uniformly prevails over the Union as well as the States. 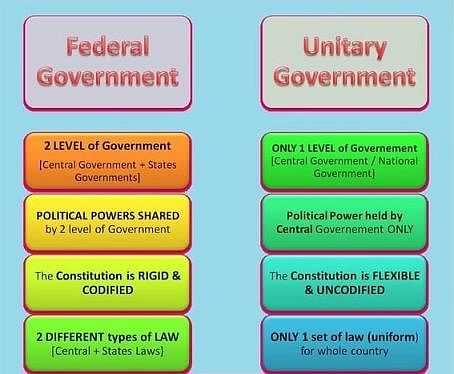 Difference between Federal and Unitary government