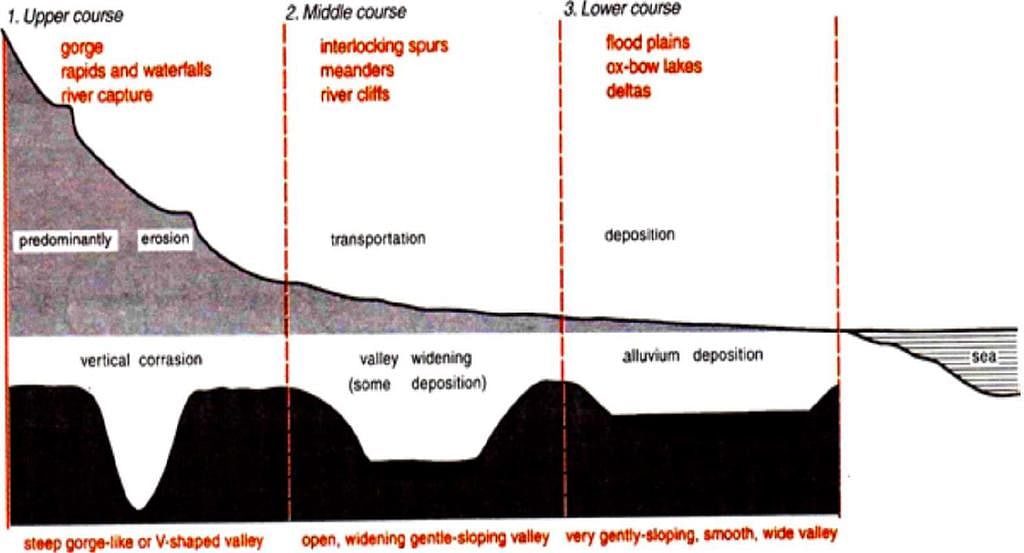 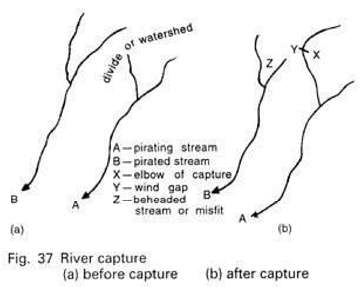 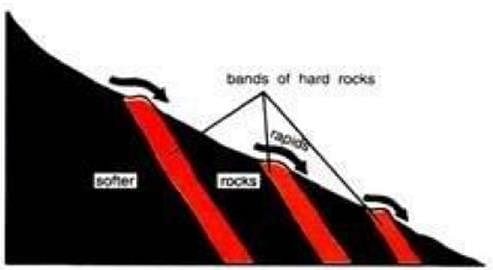 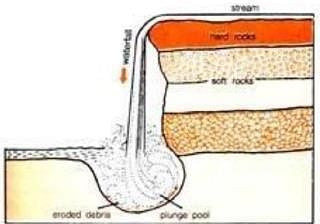 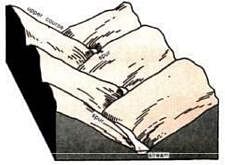 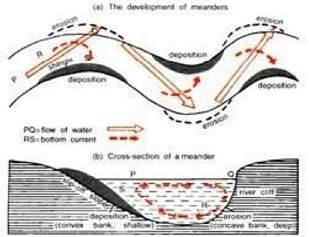 Section of a flood plain (with levee and artificial embankment) 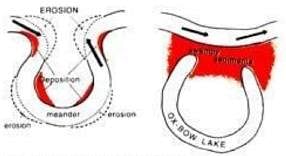 The formation of an ox bow lake

(b) Section through the lower course of a river, showing flood plain and delta

Favourable conditions for delta are 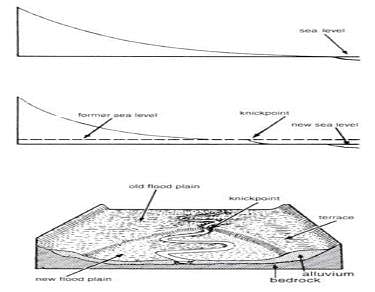