The document Gametogenesis: Spermatogenesis and Oogenesis Notes | Study Biology Class 12 - NEET is a part of the NEET Course Biology Class 12.
All you need of NEET at this link: NEET

The primary sex organs – the testis in males and the ovaries in females – produce gametes, i.e., sperms and eggs, through a process known as gametogenesis. 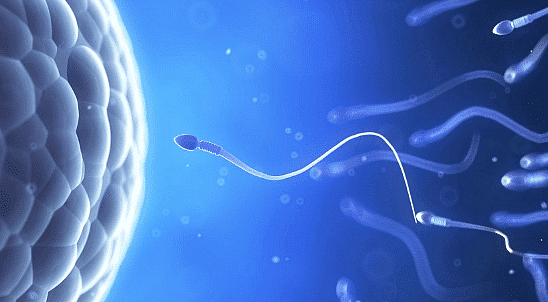 Try yourself:The process of formation of haploid male and female gamete is known as which of following
Explanation

Spermatogonia is a diploid cell that has 46 chromosomes. Spermatogonia differentiate to become primary spermatocytes, which then divide through meiosis to form haploid sperm cells.

Spermatozoa are formed in the wall of the seminiferous tubules of the testes: 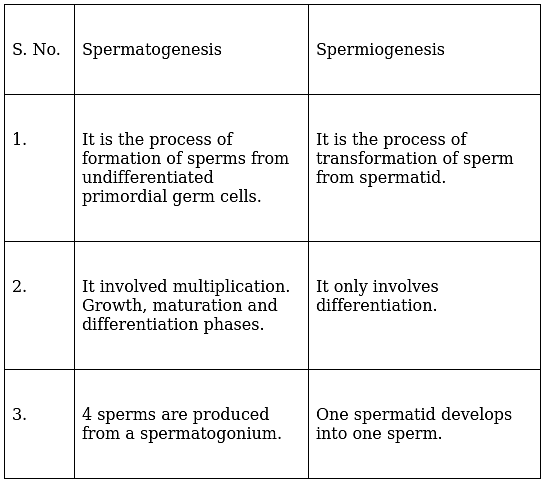 Each seminiferous tubule in the human testis is made up of male germ cells (spermatogonia) and Sertoli cells, which are interstitial cells or leyding cells. Testicular hormones known as androgens are synthesised and secreted by Leydig cells.

Try yourself:The Leydig cells are a source of
Explanation

Leydig cells, also known as interstitial cells of Leydig, are found adjacent to the seminiferous tubules in the testicle. The Leydig cells secrete the androgens (male sex hormones).

Around 200-300 million sperms are ejaculated at once. 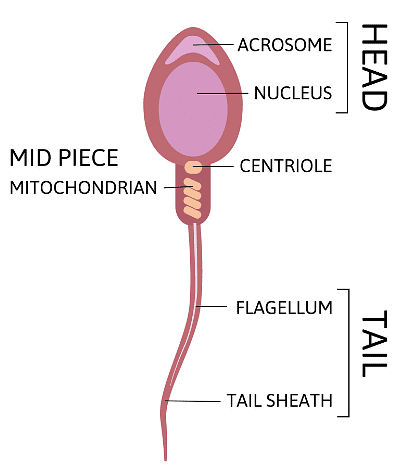 Try yourself:Match between the following representing parts of the sperm and their functions and choose the correct option. 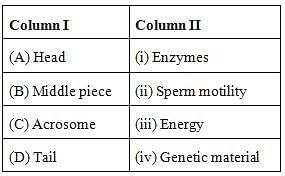 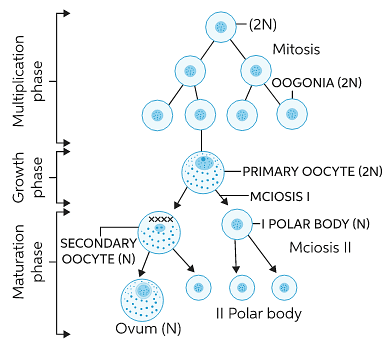 Try yourself:which one is longer one duration
Explanation 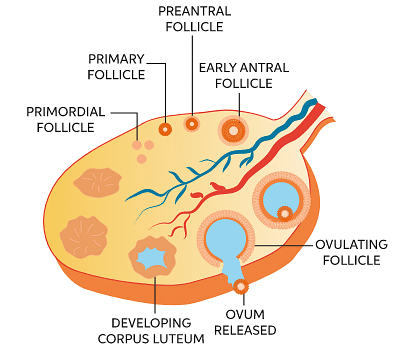 Try yourself:Mature Graafian follicle is generally present in the ovary of a healthy human female around.
Explanation
View Solution 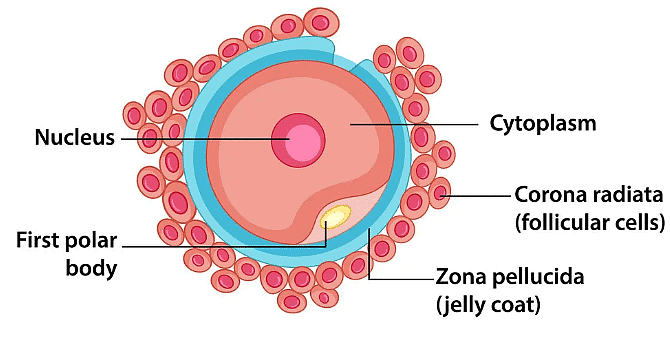 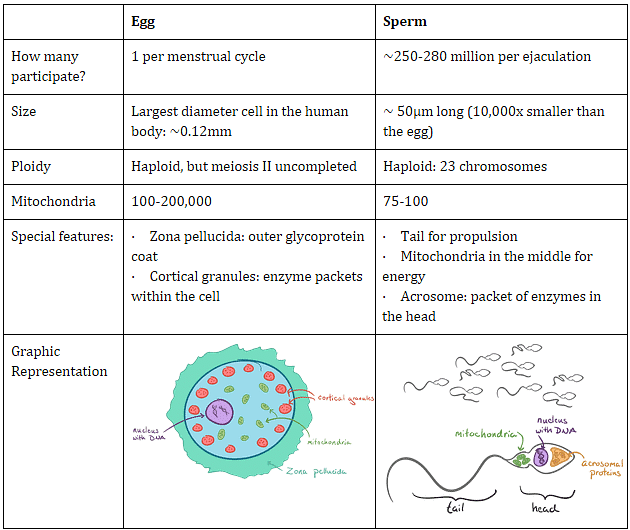 Similarities in Spermatogenesis and Oogenesis

Differences in Spermatogenesis and Oogenesis

Try yourself:Which of these is a major difference between oogenesis and spermatogenesis?
Explanation

Spermatogenesis is the process of formation of spermatid(n) from spermatogonia(2n). The process goes as follows:

Oogenesis is the production of an ovum from oogonia. The mechanism, in short, can be depicted as below:

View Solution
The document Gametogenesis: Spermatogenesis and Oogenesis Notes | Study Biology Class 12 - NEET is a part of the NEET Course Biology Class 12.
All you need of NEET at this link: NEET