The document Important Seas Notes | EduRev is a part of the UPSC Course Geography for UPSC CSE.
All you need of UPSC at this link: UPSC

Important Seas Of The World

Seas are smaller than oceans in terms of geography and are usually located where the land and ocean meet. Typically, Seas are partially enclosed by land. Seas have great geographical, Political, and Economic significance.

In oceanography, a marginal sea is a sea partially enclosed by islands, archipelagos, or peninsulas.

Some of the major marginal seas include the Arabian Sea, Baltic Sea, Bay of Bengal, Bering Sea, Black Sea, Gulf of California, Gulf of Mexico, Mediterranean Sea, Red Sea, and all four of the Siberian Seas (Barents, Kara, Laptev, and East Siberian).

The primary differences between marginal seas and open oceans are associated with depth and proximity to landmasses. Marginal seas, which are generally shallower than open oceans, are more influenced by human activities, river runoff, climate, and water circulation.

Major (Important) Seas of the world

The Gulf of Aden in the west connects the Arabian Sea to the Red Sea through Bab-el-Mandeb's strait, and the Gulf of Oman is in the northwest, connecting it to the Persian Gulf. 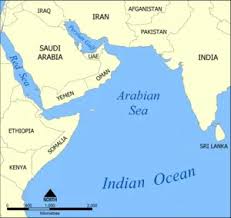 Places here are China, Vietnam, Hainan, Malaysia, and the Philippines. China is involved in disputes with many countries here. Places in dispute are Paracel, Scarborough Shoal, and The Spratly Islands. 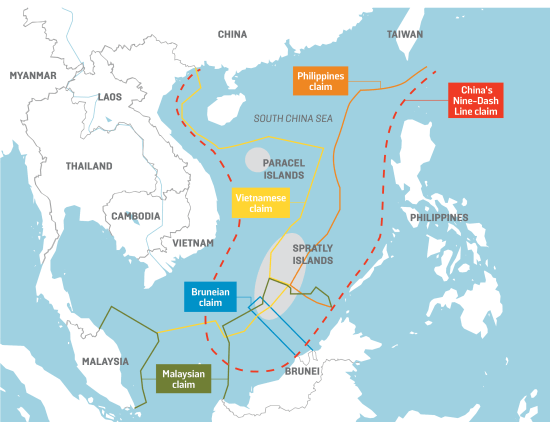 The East China Sea is a marginal sea of the Western Pacific Ocean, located directly offshore from East China.

Towards the east of this sea are the Japanese islands of Kyushu and the Ryukyu Islands, towards the south of it is the South China Sea and to the west by the Asian continent. The sea connects with the Sea of Japan through the Korea Strait and opens to the north into the Yellow Sea. The countries which border the sea include South Korea, Japan, the Republic of China (Taiwan) and the People’s Republic of China.

In recent times, tensions between China and Japan have risen over the contested Senkaku/Diaoyu islands that lie in this sea. Both nations have raised as incursions into the disputed waters. Both countries have increased their military capabilities, particularly their radar and missile systems, in the region. 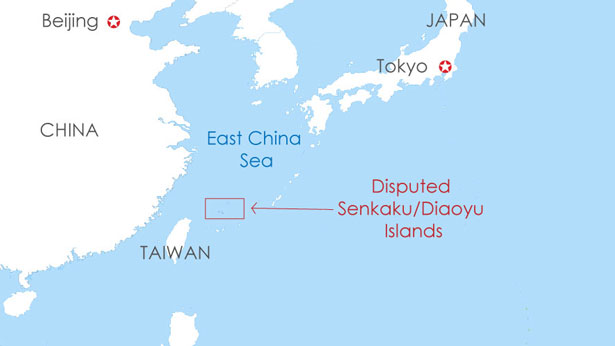 The Adriatic Sea is a part of the Mediterranean Sea positioned between Italy's eastern coastline and countries of the Balkan Peninsula, from Slovenia, South through Croatia, Montenegro, and to Albania. 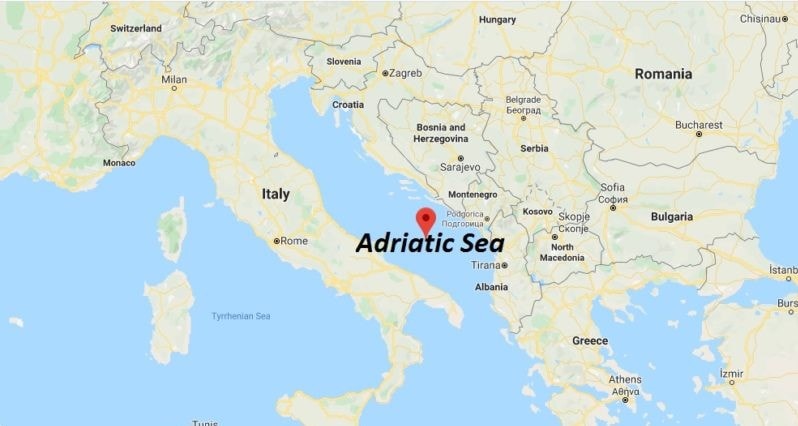 The Black Sea is an inland sea located between far-southeastern Europe and the far-western edges of the continent of Asia and Turkey. Turkey borders it, and by Bulgaria, Romania, Ukraine, Russia, and Georgia. 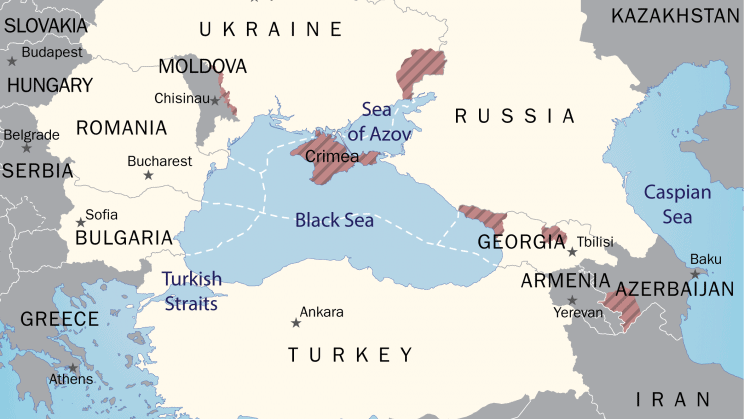 The Caspian Sea is an enclosed body of water between Asia and Europe. It is bordered by Iran, Turkmenistan, Kazakhstan, Azerbaijan, Russia. 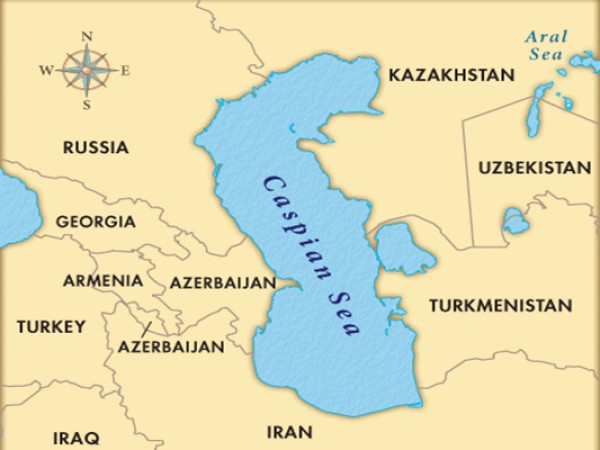 The Mediterranean Sea is a sea connected to the Atlantic Ocean, surrounded by the Mediterranean Basin and almost completely enclosed by land: on the north by Southern Europe and Anatolia, south by North Africa, and on the east by the Levant.

The Red Sea (Erythraean Sea) is a seawater inlet of the Indian Ocean, lying between Africa and Asia.

The connection to the ocean is in the south through the Bab el Mandeb strait and the Gulf of Aden.

To the north lie the Sinai Peninsula, the Gulf of Aqaba, and the Gulf of Suez (leading to the Suez Canal).

The sea is underlain by the Red Sea Rift which is part of the Great Rift Valley.

The six countries bordering the Red Sea are:

Marginal Seas of the Arctic Ocean

Marginal Seas of the Atlantic Ocean

Marginal Seas of the Indian Ocean

Marginal Seas of the Mediterranean Sea

Marginal Seas of the Pacific Ocean