The document Lanthanides and Actinides Class 12 Notes | EduRev is a part of the Class 12 Course Chemistry Class 12.
All you need of Class 12 at this link: Class 12 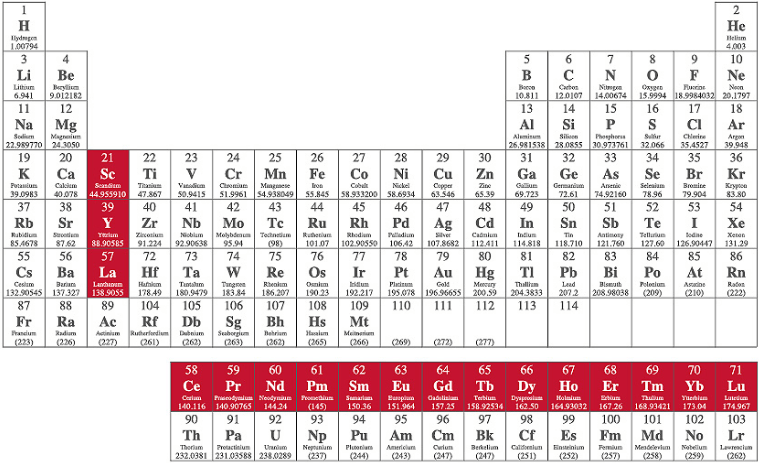 The general valence shell electronic configuration of lanthanides is 4f1−146s2.

Electronic configurations of lanthanum and lanthanides are listed in the table

Atomic and Ionic Sizes of Lanthanides 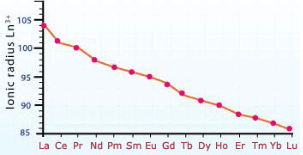 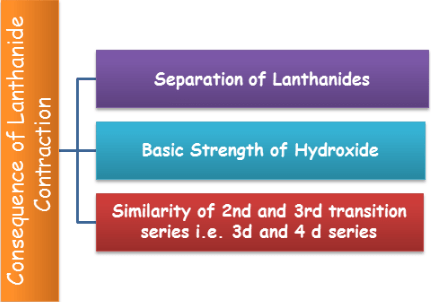 As we move along the period from left to right in lanthanide series, the atomic number increases i.e. number of protons keeps on increasing.For every proton added in the nucleus the extra electron goes to the same 4f orbital.The 4f orbital shows poor shielding effect because of which there is a gradual increase in the effective nuclear charge experienced by the outer electrons. Thus, the attraction of the nucleus for the electrons in the outermost shell increases in atomic number.

The first few members of the series are quite reactive like calcium. However with increasing atomic number, their behaviour becomes similar to that of aluminum.

Actinides consist of elements that follow actinium and involve the filling of 5f subshell .

They have high melting and boiling points like lanthanides but don’t show any regular trend with increasing atomic number.

All actinides except thorium and amercium have high density.

The actinides have lower ionization enthalpies as comapre to lanthanides because 5f is more effectively shielded from nuclear charge than 4f.

All the actinides are radioactive in nature.  Radioactivity increases with increase in atomic number.

The ability of actinides to exist in different oxidation states has made their chemistry more complex. Moreover, most of these elements are radioactive and the study of their chemistry in the laboratory is difficult.