The process in which air moves in and out of the lungs is known as breathing. This is carried out through various respiratory organs. In other words, breathing is a simple give and take process. 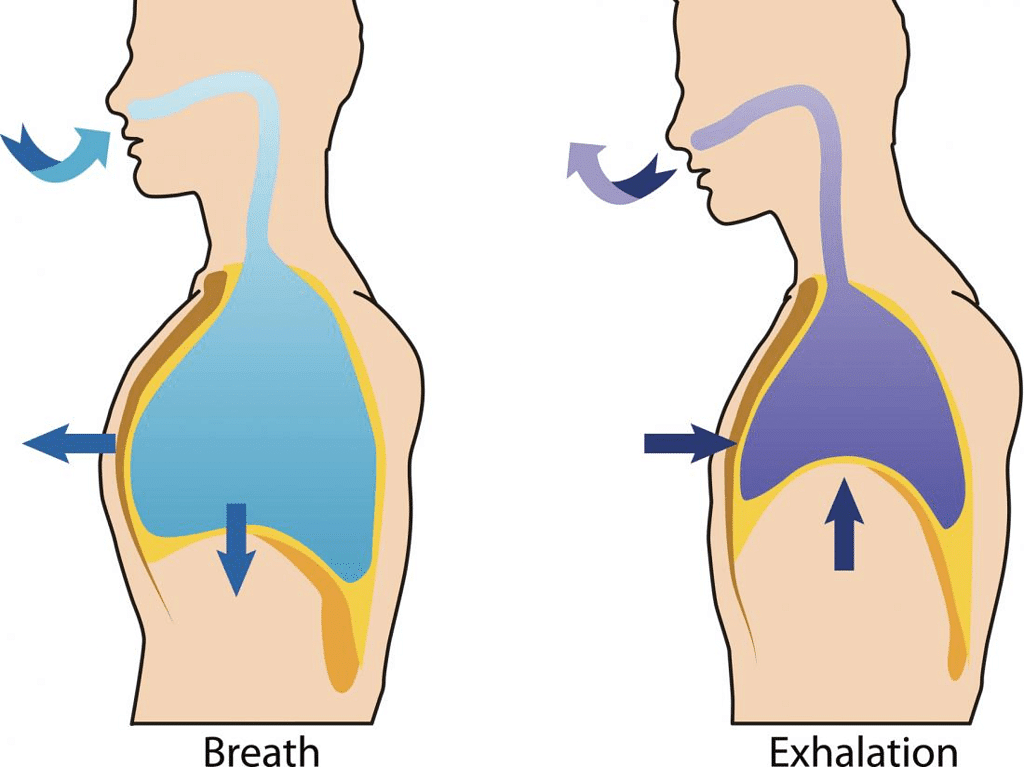 EduRev Tip: The volume of air involved in breathing movements can be estimated by using a spirometer which helps in clinical assessment of pulmonary functions. It measures the amount of air inspired or expired by an individual. 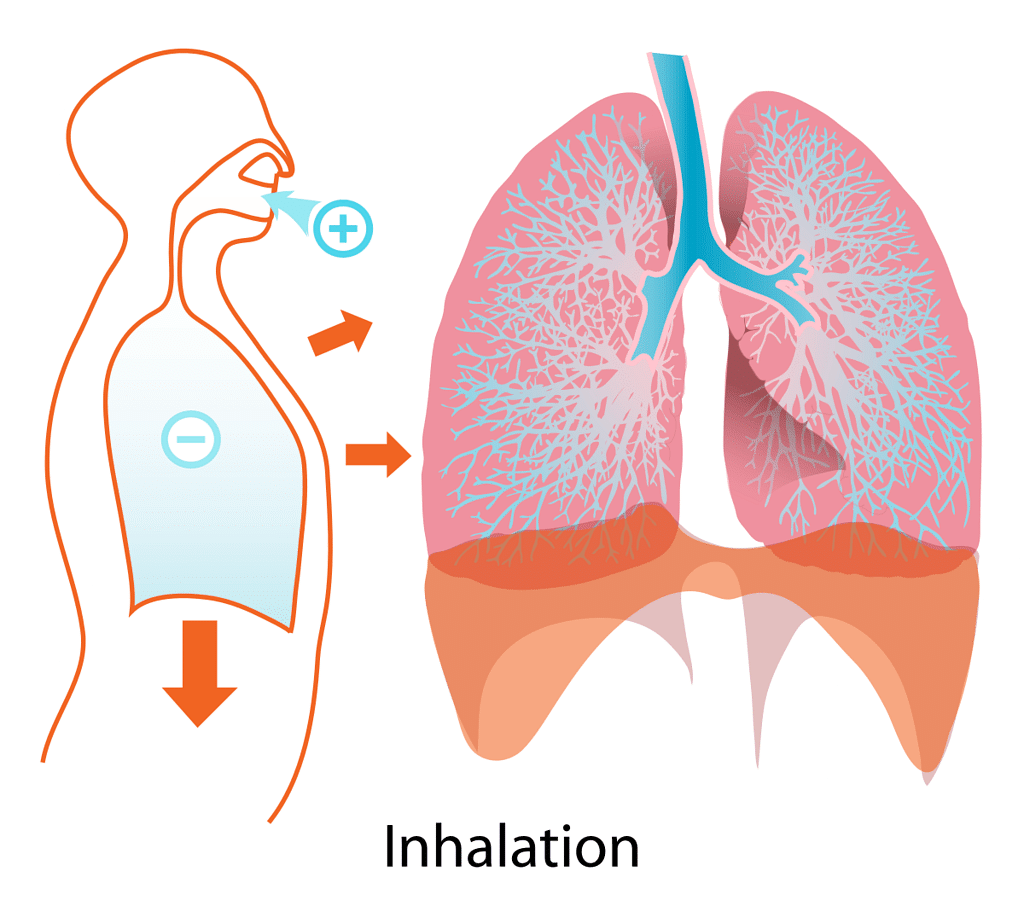 Inspiration is an active process in which muscle contraction do take place. At the time of inspiration, contraction in diaphragm and external intercostal muscles takes place.

The expiration process is considered once after the gaseous exchange occurs in the lungs and the air is expelled out. This expulsion of air is called expiration.During this process, muscles attached to the ribs contract, the muscles of the diaphragm and the abdomen relax which leads to a decrease in the volume of the chest cavity and increases the pressure of the lungs, causing the air in the lungs to be pushed out through the nose. 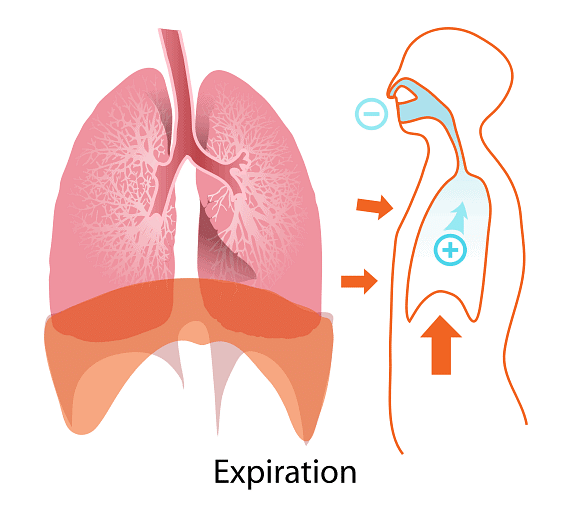 he volume of air involved in breathing movements can be estimated by using a spirometer which helps in clinical assessment of pulmonary functions. It measures the amount of air inspired or expired by an individual.

Mechanism of respiration involves the breathing mechanism and exchange of gases.The gaseous exchange occurs by diffusion in the alveoli.

The exchange of gases takes place in the following manner:

What is Internal Respiration?

The gaseous exchange taking place in the tissues is called internal respiration. 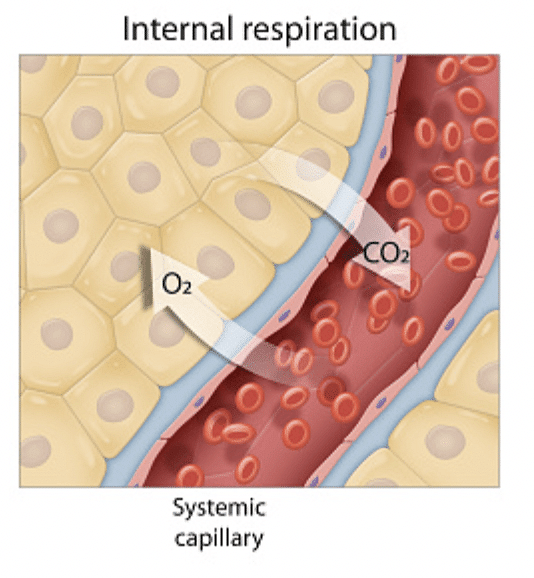 Here, the oxygen carried in the form of oxyhemoglobin gets dissociated to release oxygen.This oxygen breaks down the glucose to release carbon dioxide, water, and energy. The energy is utilized by the body, while the carbon dioxide is diffused from the tissues.

What is Intrapleural Breathing?

Intrapleural breathing is used to refer to the pressure that is present in the space between the pleura and the lungs. This space is referred to as the pleural cavity.

Key Points On Mechanism of Breathing