Movement is the change in the position of a body part with respect to the whole body. It is one of the significant features of all living beings. The blinking of the eyes, breathing, eating are all examples of movement. So we can say that every second some or the other part of our body exhibits some or other kind of movements.The human body movements get polished as we grow in age. The movement starts from crawling and with the increase in age the person starts walking leading to the movement of the whole organism.These movements are possible because of joints. Joints are points in our body where two or more parts of our skeleton are connected together. Different joints help our body carry out different activities and movements.

Types of Body MovementsThe body movements in humans are of the following types:

Amoeboid MovementsSome cells of our body like the white blood cells exhibit amoeboid movement. Cytoskeletons and microfilaments are also involved in this type of movement.Some of our internal tubular organs exhibit ciliary movement. Cilia are present in our trachea which helps in removing foreign particles, dust etc. The movement of ova in the female reproductive tract is also a type of ciliary movement.Whenever we move, our limbs are involved. They are the muscular movements. In locomotion and other types of body movements in humans, the contractile property of the muscles is used.Movements involve perfect coordination of the muscular, skeletal and neural system. There are a variety of muscles and joints involved in movements.

2. Body Movement In SnailThe outer skeleton is called the shell. It is not made up of bones and does not help in movement. The body consists of a head and a thick structure projecting out of the shell, which is the foot. It is made up of strong muscles. Their motion is wavy.3. Body Movement In Cockroach

4. Body Movement In FishThe tail and head of a fish are smaller as compared to the middle portion. They are said to have a streamlined body which allows the fish to gain motion and swim.5. Body Movement In BirdsThe hollow bones and the strong muscular system helps the birds during flight. A bird flaps its wings while flying.

“Cilia are minute hair-like projections on the outer surface of a eukaryotic cell.”

What are Cilia?Cilia are small, slender, hair-like structures present on the surface of all mammalian cells. They are primitive in nature and could be single or many.Cilia play a major role in locomotion. They are also involved in mechanoreception. The organisms that possess cilia are known as ciliates. They use their cilia for feeding and movement. 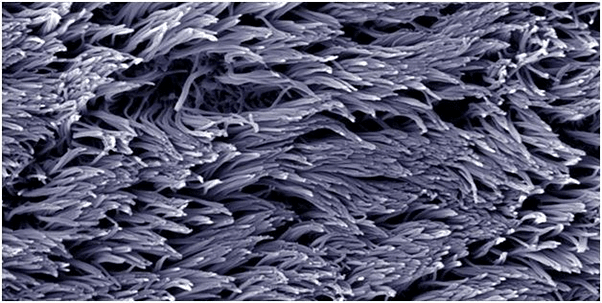 Types of CiliaFollowing are the two different types of cilia:

Cilia FunctionThe important functions performed by cilia involve locomotion and sensory functions. They play a major role in cell cycle and replication and also in the development of humans and animals.Multiple cilia move in a rhythmic motion that keeps the internal passageways free from mucus or any foreign agent.A few non-motile cilia act as an antenna that receives sensory information for the cells and processes these signals from the surrounding fluids. E.g. the cilia present in the kidney bend forcefully as the urine passes.  This sends signals to the cells that the urine is flowing.The non-motile cilia found in the photoreceptors of retina help in the transport of molecules from one end to the other.

Flagella are microscopic hair-like structures involved in the locomotion of a cell. The word “flagellum” means “whip”.The flagella have a whip-like appearance that helps to propel a cell through the liquid. Some special flagella are used in few organisms as sensory organs that can sense changes in pH and temperature.They are filamentous structures found in archaea, bacteria, and eukaryotes. 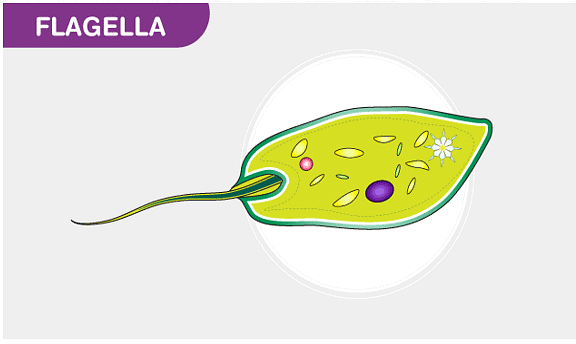 Bacterial Flagella StructureThe flagella is a helical structure composed of flagellin protein. The flagella structure is divided into three parts:

Types of FlagellaThere are four different types of flagella:

Cilia and FlagellaLet us have a look at the important characteristics of cilia and flagella to understand how each one is different from the other. 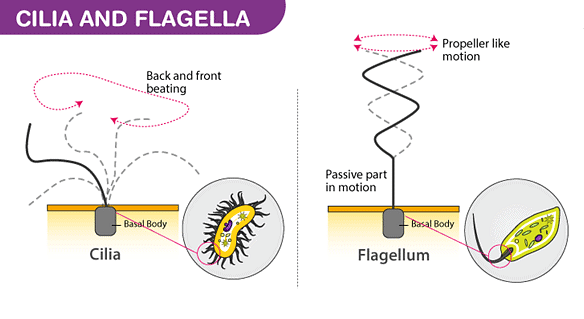 A comparative diagram of Cilia and Flagella

What is the Muscular System?The muscular system is an organ system, involved majorly in the movement of the body. There are nearly 700 muscles that are connected to the bones of the skeletal system, which roughly half make up the human’s body weight. Every muscle is a different organ made of blood vessels, skeletal muscle tissue, nerves, and tendons. Muscle tissues are found in the heart, blood vessels, and digestive system. 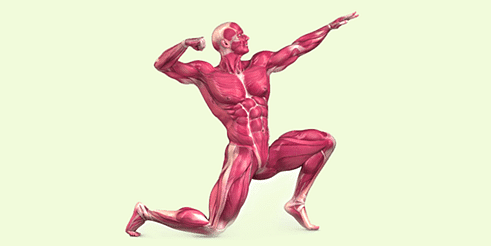 There are three kinds of muscle tissues, namely cardiac, visceral and skeletal: