Q1. Explain:(a) Why the growth of nationalism in the colonies is linked to an anti-colonial movement.Ans: 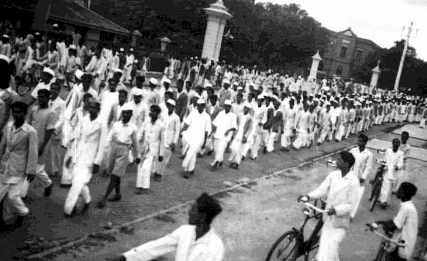 (b) How the First World War helped in the growth of the National Movement in India.Ans: War created a new political and economic situation.

(c) Why Indians were outraged by the Rowlatt Act.Ans: (i) Indians had hoped that after the war their hardships would be over and the government would take steps to improve their condition.(ii) On the other hand, the government passed the Rowlatt Act in the Imperial Legislative Council in 1919 against the united opposition of the Indian members.(iii) The Act gave the government enormous powers to repress political activities. It allowed detention of political prisoners without trial for two years.(iv) Its provisions meant the suspension of two principles of justice - trial by jury and habeas corpus.(d) Why Gandhiji decided to withdraw the Non-Cooperation Movement.Ans: Gandhiji decided to withdraw the Non-Cooperation Movement because of the following reasons:(i) In February 1922, at Chauri Chaura in Gorakhpur (UP), a group of peaceful Indian demonstrators turned violent. They burnt alive 22 policemen. When Mahatma Gandhi came to know about it, he decided to withdraw the Non-Cooperation Movement.(ii) He felt that the movement was turning violent in many places and satyagrahis needed to be properly trained before they would be ready for mass struggles.(iii) Within Congress too, some leaders like C.R. Dass and Motilal Nehru were now tired of mass struggles and wanted to participate in elections to the provincial councils.Q2. What is meant by the idea of satyagraha?Ans: (i) Satyagraha is pure soul-force. Truth is the very substance of the soul. That is why this force is called Satyagraha.(ii) The idea of Satyagraha suggested that if the cause was true, if the struggle was against injustice, then physical force was not necessary to fight the oppressor.(iii) Without seeking vengeance or being aggressive, a satyagrahi could win the battle through non-violence. Thus non-violence is the supreme dharma.(iv) In Satyagraha, oppressors - had to be persuaded to see the truth, instead of being forced to accept truth through the use of violence. 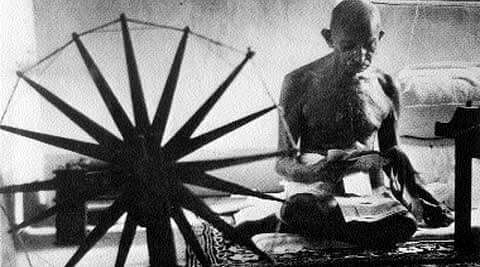 Q3. Write a newspaper report on:(a) The Jallianwala Bagh massacre(b) The Simon CommissionAns: (a) The Jallianwala Bagh massacre:Today is 13 April - Baisakhi. A large crowd of people had gathered in the enclosed ground of Jallianwala Bagh. Some came to protest against the government’s Rowlatt Act. Others had come to attend the annual Baisakhi fair. Being from outside the city, many villagers were unaware of the Martial Law that had been imposed. Gen. Dyer entered the area, blocked the exit points and opened fire on the crowd killing hundreds.His object was to ‘produce a moral effect’ to create in the minds of satyagrahis a feeling of terror and awe.After the massacre, the wounded were left without medical help. The number of exact casualties is not known. It is an example of oppressive rule by the Imperialist Power.

(b) The Simon Commission:

Lahore: 30th October 1928 - Today Simon Commission to look into the functioning of the constitutional system in India and to submit a detailed report on reforms, reached Lahore. It is really strange that though object of the Commission is to look into an Indian problem but no Indian has been appointed as its member. All the members were Britishers. This is a gross injustice. Indians must raise their voice against it and resist the Commission at all levels so that the British government may include Indians in the Commission.Thus, today people gathered at the station. Lala Lajpat Rai and others led the procession and raised slogans, “Simon Go Back”. There was a clash between police and protesters. Lala Lajpat Rai was hit near his heart and felt pain.Q4. Compare the images of Bharat Mata in this chapter with the image of Germania in Chapter 1.Ans: There are two images of Bharat Mata one by Abanindranath Tagore and the second by another artist. In the image by Tagore, Bharat Mata is portrayed as an ascetic figure. She has been shown as calm, composed, divine and spiritual. She is shown also as dispensing learning food and clothing. Abanindranath Tagore tried to develop a style of painting that could be seen as truly Indian.In the second figure, Bharat Mata is shown with a Trishul, standing beside a lion and an elephant both symbols of power and authority. This figure is a contrast to the one painted by Abanindranath Tagore.On the other hand, the image of Germania by Philip Veet wears a crown of oak leaves which stands for heroism. Thus, there is one similarity between Bharat Mata and Germania - both have an element of bravery i.e., power, authority and heroism.Q5. List all the different social groups which joined the Non-Cooperation Movement of 1921. Then choose any three and write about their hopes and struggles to show why they joined the movement.Ans: Below is the list of different social groups who joined the Non-Cooperation Movement and their struggles. 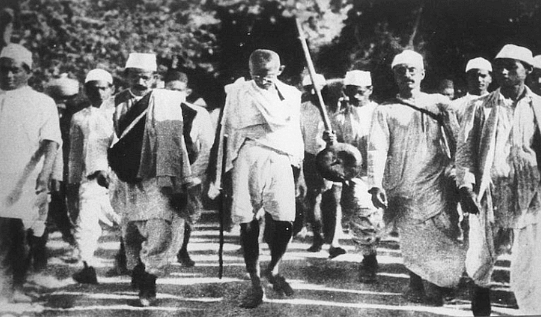 Q6. Discuss the Salt March to make clear why it was an effective symbol of resistance against colonialism.Ans:

Q7. Imagine you are a woman participating in the Civil Disobedience Movement. Explain what the experience meant to your life.Ans: It was a time when women were kept inside the walls. A woman's role was considered to be of a homemaker. Though I got a good education, I was not allowed to take part in social or political activities. But I thought by participating in the Civil Disobedience Movement, I could be a part of the nation making process. So, at the call of Gandhiji, I couldn't resist myself. Revolting against my family traditions, and I became an active member of the movement. It was a proud moment for me to participate in Gandhi's Civil Disobedience Movement. It was a motivating experience for me when I tended to those injured in the lathi-charge. It was like taking care of my own brother. I was full of nationalistic fervour. It was the most memorable and proud phase of my life. Q8. Why did political leaders differ sharply over the question of separate electorates?Ans: