The document NCERT Solution- Popular Struggles and Movements Class 10 Notes | EduRev is a part of the Class 10 Course Social Studies (SST) Class 10.
All you need of Class 10 at this link: Class 10

Ques 1: In what ways do pressure groups and movements exert influence on politics?Ans: Pressure groups and movements exert influence on politics in a variety of ways.(i) They try to gain public support and sympathy for their cause by carrying out information campaigns, organising meetings, filing petitions, etc.(ii) By organising strikes and disruptions, they seek to make the government take note of their demands.(iii) They also influence decision-making by lobbying.(iv) The issues raised by them often influence the policies of political parties. (iii) Many a times, the issues raised by pressure or movement groups are taken up by political parties, leading to a change in the policies of the parties.Ques 3: Explain how the activities of pressure groups are useful in the functioning of a democratic government.Ans: Pressure groups are important in the functioning of a democratic government as they provide an opportunity for marginalised people to voice their opinions. 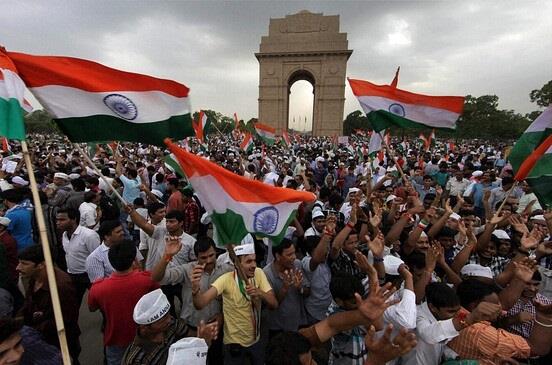 Fig: An opportunity to people for raise voice their opinion 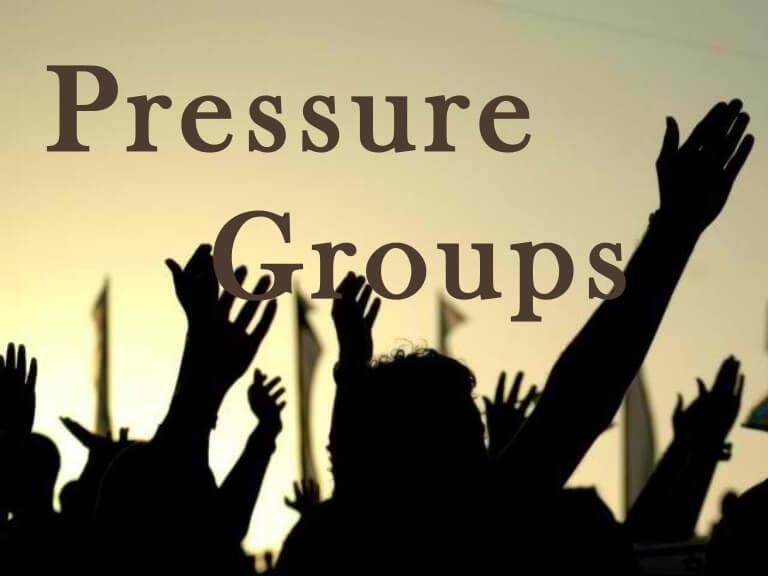 Ques 5: What is the difference between a pressure group and a political party?Ans: A pressure group is an organised or unorganised body that tries to promote its interests. It fights and tries to achieve a common objective. It does not take part in competitive politics but tries to influence the government by different means.
On the other hand, political parties participate directly in competitive politics. They contest elections in order to win majority and form government. Their aim is to achieve political power. They have more than one interest. They have their own ideology and have their own way of achieving their aim.

Ques 6: Organisations that undertake activities to promote the interests of specific social sections such as workers, employees, teachers, and lawyers are called _____________ groups.Ans: Sectional interest

Ques 9: Match List I with list II and select the correct answer using the codes given below the lists:

Ques 10: Consider the following statements about pressure groups and parties.Α. Pressure groups are the organised expression of the interests and views of specific social sections.Β. Pressure groups take positions on political issues.C. All pressure groups are political parties.Which of the statements given above are correct?(a) A, B and C(b) A and B(c) B and C(d) A and CAns: (b) A and BQues 11: Mewat is one of the most backward areas in Haryana. It used to be a part of two districts, Gurgaon and Faridabad. The people of Mewat felt that the area will get better attention if it were to become a separate district. But political parties were indifferent to this sentiment. The demand for a separate district was raised by Mewat Educational and Social Organisation and Mewat Saksharta Samiti in 1996. Later, Mewat Vikas Sabha was founded in 2000 and carried out a series of public awareness campaigns. This forced both the major parties, Congress and the Indian National Lok Dal, to announce their support for the new district before the assembly elections held in February 2005. The new district came into existence in July 2005.
In this example what is the relationship that you observe among movement, political parties and the government? Can you think of an example that shows a relationship different from this one?Ans: From the example of Mewat, we can infer that movements take up issues which have been ignored by political parties. Political parties may then be influenced by these demands when they frame their own manifestoes. Finally, the party which comes to power ends up implementing steps which fulfil these demands. The six-year long Assam movement (1979-1985), led by the  All Assam Students Union (AASU), was aimed against the infiltration of foreigners from Bangladesh into Assam. At the end of this movement, the State Assembly was dissolved, the government was dismissed, and fresh elections were held.The Asom Gana Parishad, formed out of the AASU, contested and won the elections, forming the Government of Assam. In this example, we see a political party being formed out of a pressure group, which then goes on to form the government.