Ques 1: Give two reasons why the population of London expanded from the middle of the eighteenth century.Ans: The city of London was a magnet for the migrant populations due to the job opportunities provided by its dockyards and industries. By 1750, one out of every nine people of England and Wales lived in London. So, the population of London kept expanding through the eighteenth and nineteenth centuries.During the first world war, London began manufacturing motor cars and electrical goods. This increased the number of large factories, which in turn increased the number of people coming to the city in search of work. 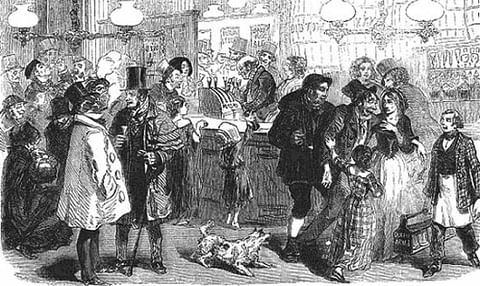 Some women also began to earn by lodging out rooms, tailoring, washing or making matchboxes. With the coming of the First World War though, women once again joined the industrial sector.Ques 3: How does the existence of a large urban population affect each of the following? Illustrate with historical examples.(a) A private landlord(b) A Police Superintendent in charge of law and order(c) A leader of a political partyAns: (a) The existence of a large urban population means that there would be greater number of individuals in need of a place to stay. This increased demand for places of residence is profitable for private landlords who can then rent out rooms at high rates. In nineteenth-century London, individual landowners made huge profits by taking advantage of the helplessness of the hoards of migrants in the city who needed a place to live.(b) The existence of a large urban population means that there are increased cases of crimes, social conflict and rebellion. Police are responsible for maintaining the law and order. Hence, a police superintendent would definitely have increased work on his/her hands.In nineteenth-century London, policemen had a tough time controlling crime during the migrant influx. In the 1870s, there were 20,000 criminals living in London. The job of a policeman was made more complex in hunting down pick-pockets, thieves, cheats and tricksters whose numbers kept multiplying.(c) The existence of a large urban population implies the simultaneous presence of several social problems, such as problems of housing, food, water, etc. These issues become political issues when they are taken up by political parties. A political party and its leaders can mobilise the masses to support them in these political causes. This was the case in nineteenth-century London as well.Ques 4: Give explanations for the following:(a) Why well-off Londoners supported the need to build housing for the poor in the nineteenth century.(b) Why a number of Bombay films were about the lives of migrants.(c) What led to the major expansion of Bombay’s population in the mid-nineteenth century.Ans: (a) Well-off Londoners supported the need to build housing for the poor in the nineteenth century on account of three reasons: one-room houses of the poor came to be seen as the breeding ground of diseases, and hence, a threat to public health; fire hazards became a worry in these over-crowded, badly ventilated, unhygienic homes.Lastly, there was a widespread fear of social disorder, especially after the 1917 Russian Revolution. Housing schemes were undertaken to avoid a rebellion by the poor.(b) Bombay became an attractive destination for people seeking jobs after the British administration replaced Surat with Bombay as its principal western port. The consequent increase in trade and industries led to a great influx of people. Thus, migrants were (and still are) an important facet of Bombay.Most of the people in the film industry were migrants themselves, and wanted to portray the plight of this class of people through films. Thus, a number of Bombay films were about the lives of migrants.(c) In mid-seventeenth century, Bombay became East India Company’s principal western port, replacing Surat. Later, by the end of the nineteenth century, it had become an important administrative as well as industrial centre. All through these years, the prospects for trade and commerce, and employment kept increasing, thereby making Bombay an attractive destination for migrants.Ques 5: What forms of entertainment came up in nineteenth century England to provide leisure activities for the people.Ans: Forms of entertainment that came up in nineteenth-century England to provide leisure activities for the people were aplenty. For the upper classes, an annual “London Season” was one of the sources of leisure. It comprised the opera, the theatre and classical music events. 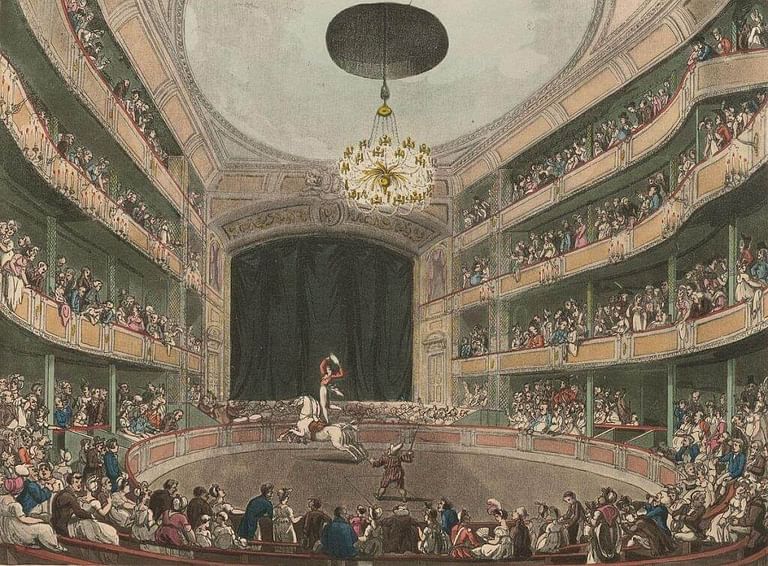 For the working classes, pubs, discussions and meetings for political action served the same purpose. Libraries, art galleries and museums were new types of entertainment brought about through the utilisation of state money.Music halls and cinema theatres too became immensely popular with the lower classes. Industrial workers were encouraged to undertake seaside vacations to rejuvenate from the banes of working in the polluting environment of factories.Ques 6: Explain the social changes in London which led to the need for the Underground railway. Why was the development of the Underground criticised?Ans: The development of suburbs as a part of the drive to decongest London led to the extension of the city beyond the range where people could walk to work.Though these suburbs had been built, the people could not be persuaded to leave the city and stay far away from their places of work in the absence of some form of public transport. The Underground railway was constructed to solve this housing problem.The development of the Underground was criticised because underground travelling was considered risky. Many felt that it added to the mess and unhygienic conditions of the city.Also, to clear the path for the construction of the Underground, a number of houses were destroyed. This led to the displacement of a great number of London poor.Ques 7: Explain what is meant by the Haussmanisation of Paris. To what extent would you support or oppose this form of development? Write a letter to the editor of a newspaper, to either support or oppose this, giving reasons for your view.Ans: Haussmanisation of Paris refers to the re-building of Paris by Baron Haussmann in the mid-eighteenth century. When Louis Napoleon III came to power, he appointed Haussmann as the chief architect of the new city. He laid out new streets, straight sidewalks, boulevards and open avenues, and planted full-grown trees. Haussmann’s architectural plans had positives as well as negatives. 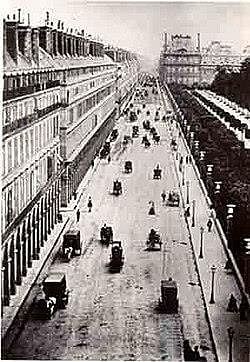 His name has become a representation of forcible reconstruction to enhance the beauty of a city and impose order. This is because his plans led to the displacement of 350,000 people from the centre of Paris. This included many poor people who were now rendered homeless.Nevertheless, this “Haussmanisation of Paris” had its boons too. Public works employed nearly one in five working people. Haussmann’s work was criticised by the wealthy and poor alike during his time, but Paris became a symbol of civic pride for the French and it became the nucleus of many new architectural, social and intellectual developments that influenced other parts of the world in the twentieth century.Ques 8: To what extent does government regulation and new laws solve problems of pollution? Discuss one example each of the success and failure of legislation to change the quality of(a) public life(b) private lifeAns: Government laws play an important role in controlling the rates of pollution in a city. However, simply passing laws is not enough. They need to be properly enforced as well. It is also a fact that people tend to find ways of getting around laws. So, apart from legislations, government also needs to carry out intensive public awareness programmes aimed at educating the public about the need and ways of controlling pollution; and about how they too have a stake in environmental governance.Example to show the success of legislation to change the quality ofPublic life- The Bengal Smoke Nuisance Commission, established as per the Bengal Smoke Nuisance Act of 1905, was successful in controlling industrial smoke in colonial Calcutta.Private life- The British government passed the Clean Air Act in 1956. This law was aimed at controlling domestic sources of smoke pollution, and to do so, it introduced the concept of smokeless zones. In these areas, smokeless fuels had to be burnt. As a result, air pollution in British cities was substantially reduced.Example to show the failure of legislation to change the quality ofPublic life- By the 1840s, British cities such as Derby, Leeds and Manchester had smoke control laws in place. However, these laws did not succeed much in controlling smoke emission. Since smoke is not easy to monitor or measure, it was easy for factory and steam engine owners to get away with small adjustments to their machinery, and this did nothing to stop smoke.Private life- During the colonial period, a huge population depended on dung and wood as fuel in their daily life. This was an important source of air pollution in Calcutta. Though successful in controlling industrial smoke, the Bengal Smoke Nuisance Commission found it difficult to control this domestic smoke.

Note: The following can also be a possible answer to the second part of this question.

Example to show the success of legislation to change the quality ofPublic life- The British state used public funds to provide for entertainment forms such as museums, art galleries and libraries for the working classes.Private life- British administrative officials built houses in new suburbs for fulfilling the housing needs of the working classes.Example to show the failure of legislation to change the quality ofPublic life- The Underground railway enhanced transport, but caused the demolition of many houses, rendering their inhabitants homeless.Private life- The availability of one-room tenements and no housing facilities for a major part of the industrial revolution time period caused the family to get divided into smaller units. There were even cases where rural people had to leave their families behind and live alone in the urban areas where they worked.