Q1. What is the importance of DNA copying in reproduction?Ans:

Q2. Why is variation beneficial to the species but not necessarily for the individual?Ans:

Q1. How does binary fission differ from multiple fission?Ans:

Q3. Can you think of reasons why more complex organisms cannot give rise to new individuals through regeneration?Ans:

Q4. Why is vegetative propagation practised for growing some types of plants?Ans:

Q5. Why is DNA copying an essential part of the process of reproduction?Ans:

Q1. How is the process of pollination different from fertilization?Ans: 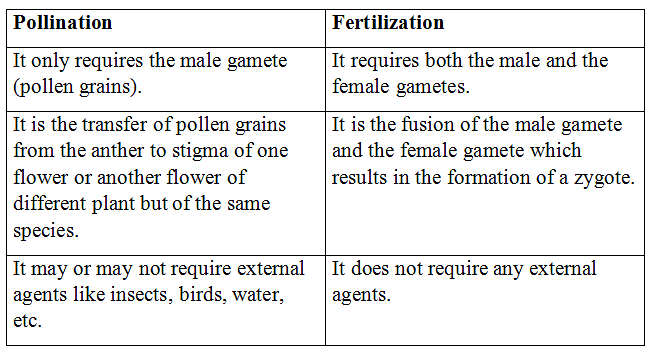 Q2. What is the role of the seminal vesicles and the prostate gland?Ans: The secretions from seminal vesicles and prostate glands lubricate the sperms and provide a fluid medium for easy transport of sperms. Their secretion also provides nutrients in the form of fructose, calcium, and some enzymes.Q3. What are the changes seen in girls at the time of puberty?Ans: Secondary sexual characteristics in girls:

Q4. How does the embryo get nourishment inside the mother’s body?Ans:

Ans: (b) Asexual reproduction takes place through budding in yeast.

Vas deferens is a part of the male reproductive system. It is a long, muscular tube travelling from the epididymis into the pelvic cavity. It is behind the bladder. Its function is to transport the mature sperm to the urethra. It also carries urine to the outside of the body. 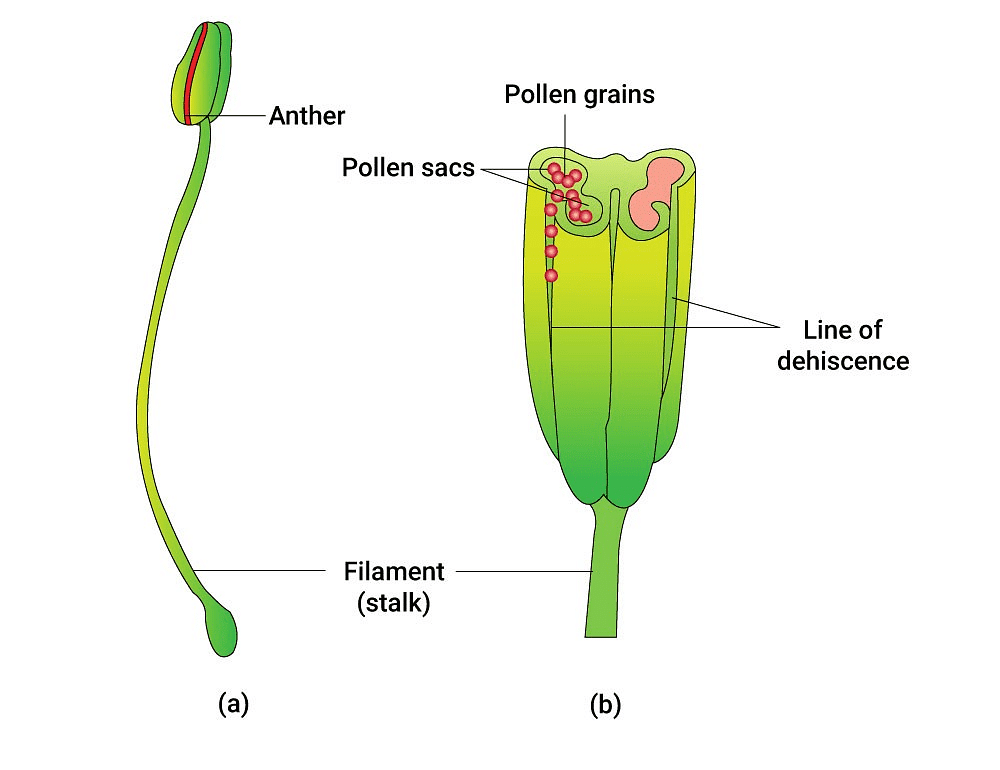 The stamen are male reproductive organs. They contain anther, which is a site of pollen development. Inside anther, male sporogenous cell differentiates and undergoes meiosis to produce microspores that develop into pollen grains.

Q5. What are the functions performed by the testes in human beings?Ans: The testes are the male reproductive organs that are located outside the abdominal cavity within a pouch called the scrotum.Functions of testes:

Q6. Why does menstruation occur?Ans:

Q7. Draw a labelled diagram of the longitudinal section of a flower.Ans: 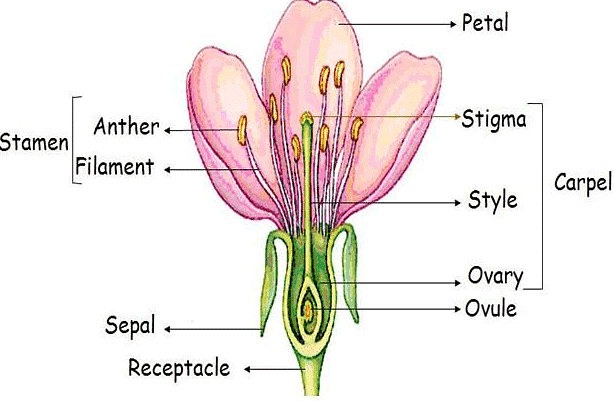 Longitudinal Section of a Flower

Q8. What are the different methods of contraception?Ans: The contraceptive methods can be broadly divided into the following types:1. Natural Method

Q9. How are the modes for reproduction different in unicellular and multicellular organisms?Ans:

Q10. How does reproduction help in providing stability to populations of species?Ans: