The document NCERT Solutions: Cell Cycle & Cell Division Notes | Study Biology Class 11 - NEET is a part of the NEET Course Biology Class 11.
All you need of NEET at this link: NEET 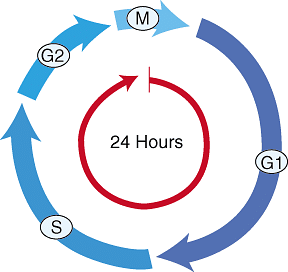 Q.3. Describe the events taking place during interphase.Ans. Interphase involves a series of changes that prepare a cell for division. It is the period during which the cell experiences growth and DNA replication in an orderly manner. Interphase is divided into three phases. 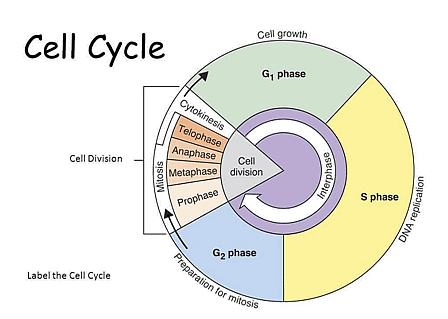 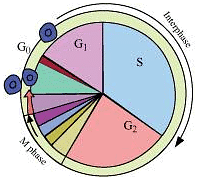 Q.4. What is G0 (quiescent phase) of cell cycle? Ans. G0 or quiescent phase is the stage wherein cells remain metabolically active, but do not proliferate unless called to do so. Such cells are used for replacing the cells lost during injury.Q.5. Why is mitosis called equational division?Ans. Mitosis is the process of cell division wherein the chromosomes replicate and get equally distributed into two daughter cells. The chromosome number in each daughter cell is equal to that in the parent cell, i.e., diploid. Hence, mitosis is known as equational division.Q.6. Name the stage of cell cycle at which one of the following events occur:(i) Chromosomes are moved to spindle equator(ii) Centromere splits and chromatids separate(iii) Pairing between homologous chromosomes takes place(iv) Crossing over between homologous chromosomes takes placeAns.(i) In Metaphase, chromosomes are transported to the spindle equator.(ii) In Anaphase, centrosomes split and chromatids separate.(iii) In meiosis, the pairing of homologous chromosomes occurs in the Zygotene stage of prophase 1.(iv) In meiosis, crossing across between homologous chromosomes occurs in the Pachytene stage of prophase 1.

Q.7. Describe the following:(a) synapsis (b) bivalent (c) chiasmataDraw a diagram to illustrate your answer.Ans.(a) Synapsis: The pairing of homologous chromosomes is called synapsis. This occurs during the second stage of prophase I or zygotene.

(b) Bivalent: Bivalent or tetrad is a pair of synapsed homologous chromosomes. They are formed during the zygotene stage of prophase I of meiosis.

(c) Chiasmata: Chiasmata is the site where two sister chromatids have crossed over. It represents the site of cross-over. It is formed during the diplotene stage of prophase I of meiosis.

Q.8. How does cytokinesis in plant cells differ from that in animal cells?Ans.

Q.10. Distinguish anaphase of mitosis from anaphase I of meiosis.Ans. 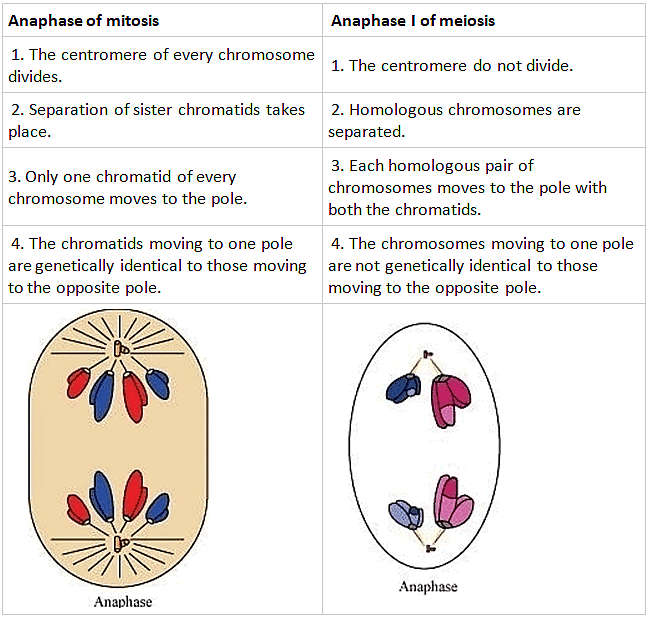 Q.11. List the main differences between mitosis and meiosis.Ans. 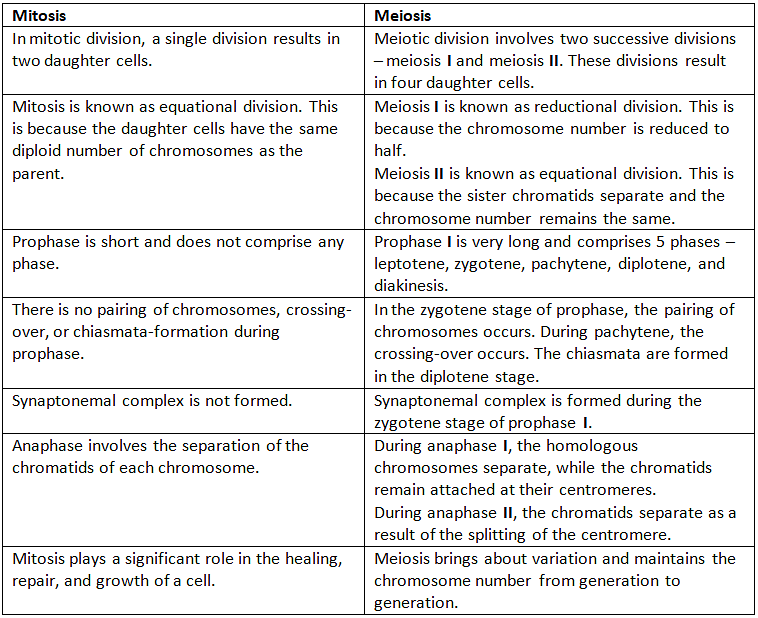 Q.12. What is the significance of meiosis?Ans. Meiosis is the process involving the reduction in the amount of genetic material. It comprises two successive nuclear and cell divisions, with a single cycle of DNA replication. As a result, at the end of meiosis II, four haploid cells are formed. 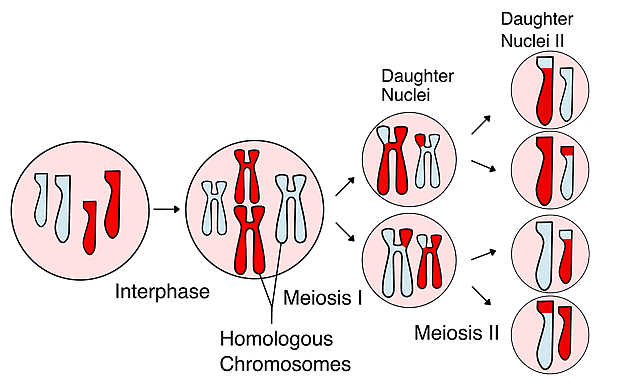 Q.13. Discuss with your teacher about(i) haploid insects and lower plants where cell-division occurs, and(ii) some haploid cells in higher plants where cell-division does not occur.Ans. (i) In some insects and lower plants, fertilization is immediately followed by zygotic meiosis, which leads to the production of haploid organisms. This type of life cycle is known as haplontic life cycle.(ii) The phenomenon of polyploidy can be observed in some haploid cells in higher plants in which cell division does not occur. Polyploidy is a state in which cells contain multiple pairs of chromosomes than the basic set. Polyploidy can be artificially induced in plants by applying colchicine to cell culture.Q.14. Can there be mitosis without DNA replication in S phase?Ans. Mitotic cell division cannot take place without DNA replication in S phase. Two important events take place during S phase – one is the synthesis or duplication of DNA and the other is the duplication of the centriole. DNA duplication is important as it maintains the chromosome number in the daughter cells. Mitosis is an equational division. Therefore, the duplication of DNA is an important step. 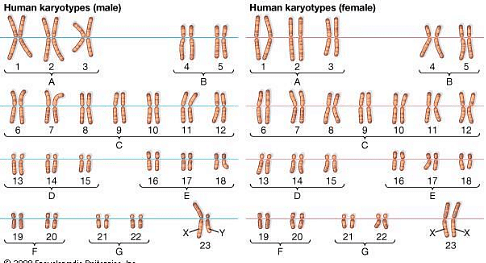 (ii) Amount of DNA content (C) per cell: During anaphase II of the meiotic cycle, the chromatids separate as a result of the splitting of the centromere. It is the centromere that holds together the sister chromatids of each chromosome. As a result, the chromatids move toward their respective poles. Therefore, at each pole, a haploid number of chromosomes and a haploid amount of DNA are present. During mitosis, the number of chromosomes remains the same. The DNA duplicated in the S phase gets separated in the two daughter cells during anaphase. As a result, the DNA content (C) of the two newly-formed daughter cells remains the same.

The document NCERT Solutions: Cell Cycle & Cell Division Notes | Study Biology Class 11 - NEET is a part of the NEET Course Biology Class 11.
All you need of NEET at this link: NEET