The document NCERT Solutions: Body Fluids & Circulation Notes | Study Biology Class 11 - NEET is a part of the NEET Course Biology Class 11.
All you need of NEET at this link: NEET

(i) Erythrocytes: They are the most abundant cells and contain the red pigment called haemoglobin. They carry oxygen to all parts of the body. Red blood cells are produced continuously in some parts of the body, such as the marrow of long bones, ribs, etc. There are about 4 – 6 million RBCs per cubic millimetre of blood. 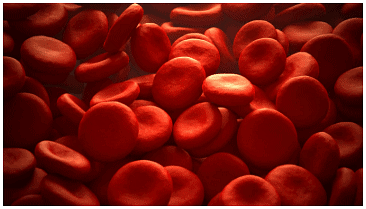 (ii) Leukocytes: Leukocytes are colourless cells. These cells do not contain haemoglobin.They are the largest cells of the body and are divided into two main categories.(a) Granulocytes: These leucocytes have granules in their cytoplasm and include neutrophils, eosinophils, and basophils. Neutrophils are phagocytic cells that protect the body against various infecting agents. Eosinophils are associated with allergic reactions, while basophils are involved in inflammatory responses. 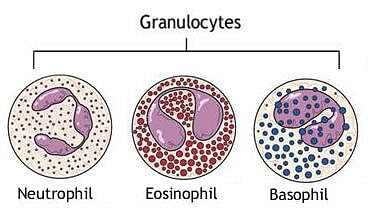 (iii) Platelets: Platelets are small irregular bodies present in the blood. They contain essential chemicals that help in clotting. The main function of platelets is to promote clotting. 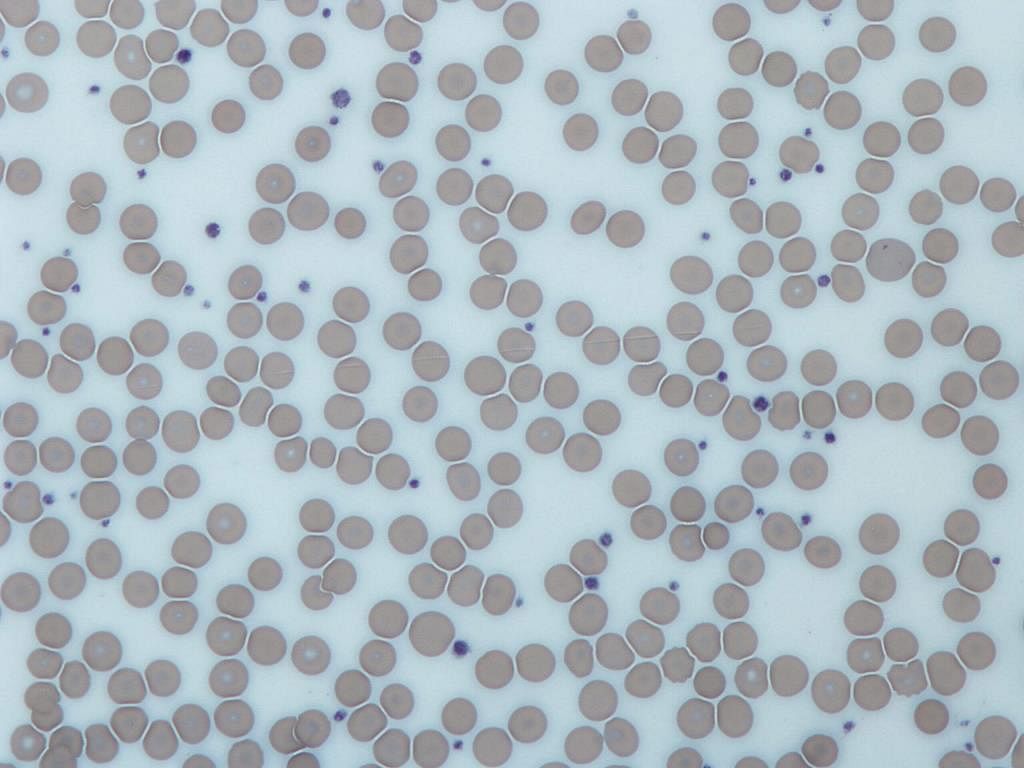 Q.2. What is the importance of plasma proteins? Ans. Plasma is the colourless fluid of blood which helps in the transport of food, CO2, waste products, and salts. It constitutes about 55% of blood. About 6.8% of the plasma is constituted by proteins such as fibrinogens, globulins, and albumins. 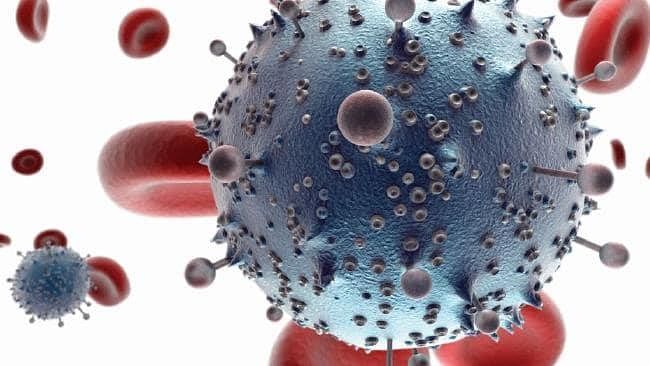 Q.5. What is the difference between lymph and blood?Ans. 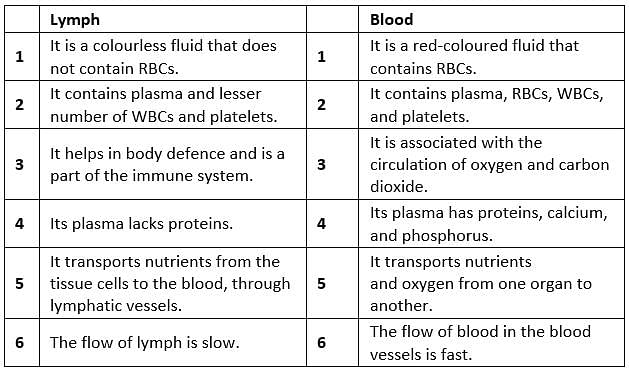 Q.6. What is meant by double circulation? What is its significance?Ans. Double circulation is a process during which blood passes twice through the heart during one complete cycle. 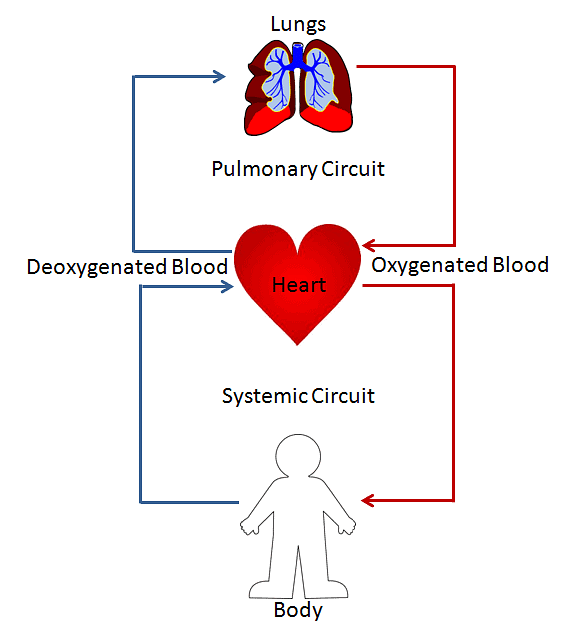 Hence, in double circulation, blood has to pass alternately through the lungs and the tissues.

Significance of double circulation: The separation of oxygenated and deoxygenated blood allows a more efficient supply of oxygen to the body cells. Blood is circulated to the body tissues through systemic circulation and to the lungs through the pulmonary circulation.Q.7.Write the differences between:(a) Blood and Lymph(b) Open and Closed system of circulation(c) Systole and Diastole(d) P-wave and T-waveAns. (a) Blood and lymph

(b) Open and closed systems of circulation 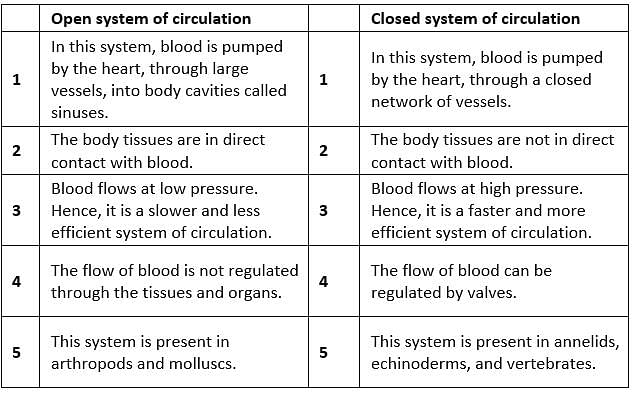 Q.8. Describe the evolutionary change in the pattern of heart among the vertebrates.Ans. All vertebrates possess a heart– a hollow muscular organ composed of cardiac muscle fibres. The function of the heart is to pump oxygen to all parts of the body. The heart's evolution is based on the separation of oxygenated blood from deoxygenated blood for efficient oxygen transport. In fishes, the heart was like a hollow tube. This evolved into the four-chambered heart in mammals. 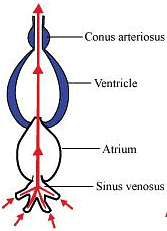 Amphibian heart: Amphibians, such as frogs, have three-chambered hearts, with two auricles and one ventricle. The auricle is divided into a right and a left chamber by an inter-auricular septum, while the ventricle remains undivided.Additional chambers such as sinus venosus and conus arteriosus are also present. 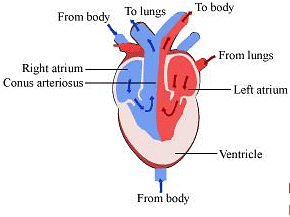 Reptilian heart: Reptiles have incomplete four-chambered hearts, except for crocodiles, alligators, and gharials. They have only one accessory chamber called sinus venosus. The reptilian heart also shows mixed-blood circulation. 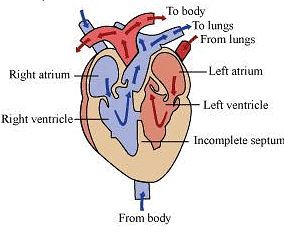 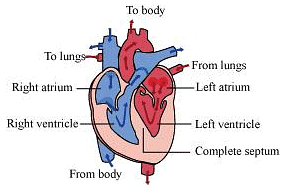 Q.9. Why do we call our heart myogenic?Ans. In the human heart, contraction is initiated by a specially modified heart muscle known as sinoatrial node. It is located in the right atrium. The SA node has the inherent power of generating a wave of contraction and controlling the heartbeat. Hence, it is known as the pacemaker. Since the SA node initiates the heartbeat and the impulse of contraction originates in the heart itself, the human heart is termed myogenic. The hearts of vertebrates and molluscs are also myogenic.Q.10. Sino-atrial node is called the pacemaker of our heart. Why?Ans.The sino-atrial (SA) node is a specialised bundle of neurons located in the upper part of the heart's right atrium. The cardiac impulse originating from the SA node triggers a sequence of electrical events in the heart, thereby controlling the sequence of muscle contraction that pumps blood out of the heart. Since the SA node initiates and maintains the rhythmicity of the heart, it is known as the natural pacemaker of the human body.Q.11. What is the significance of atrio-ventricular node and atrio-ventricular bundle in the functioning of heart?Ans. The atrioventricular (AV) node is present in the right atrium, near the base of the interauricular septum that separates the right auricle from the ventricle. It gives rise to the bundle of His that conducts the cardiac impulses from the auricles to the ventricles. 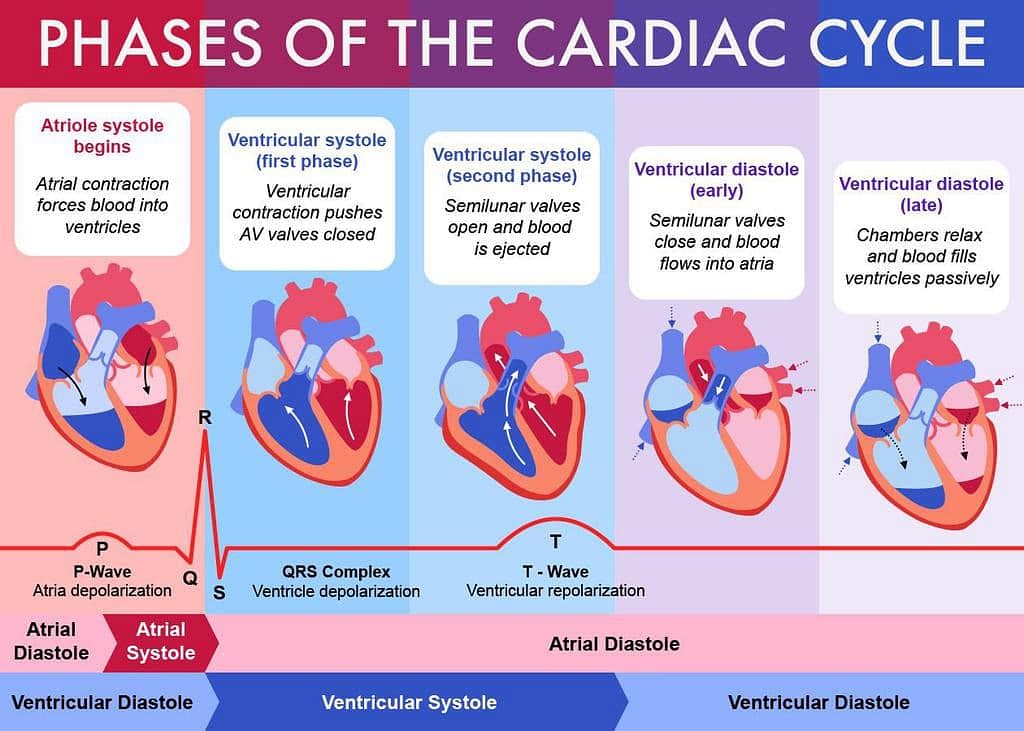 Cardiac output is defined as the amount of blood pumped out by the ventricles in a minute.Q.13. Explain heart sounds.Ans. Heart sounds are noises generated by the closing and opening of the heart valves. In a healthy individual, there are two normal heart sounds called lub and dub. Lub is the first heart sound. It is associated with the closure of the tricuspid and bicuspid valves at the beginning of systole. The second heart sound dub is associated with the closure of the semilunar valves at the beginning of diastole.

These sounds provide important information about the condition and working of the heart.

The document NCERT Solutions: Body Fluids & Circulation Notes | Study Biology Class 11 - NEET is a part of the NEET Course Biology Class 11.
All you need of NEET at this link: NEET