In Text QuestionsPage No: 95Ques 1: Why is diffusion insufficient to meet the oxygen requirements of multicellular organisms like humans?Ans: Multicellular organisms such as humans possess complex body designs. They have specialised cells and tissues for performing various necessary functions of the body such as intake of food and oxygen. Unlike unicellular organisms, multicellular cells are not in direct contact with the outside environment. Therefore, diffusion cannot meet their oxygen requirements.Ques 2: What criteria do we use to decide whether something is alive?Ans: If something shows the following characteristics then it is a requirement a living being: (i) It can move on its own. (ii) It needs food to get energy and nutrients. (iii) It respires. (iv) It responds to changes that take place in its surroundings. (v) It exhibits growth and development. (vi) It removes its metabolic wastes. 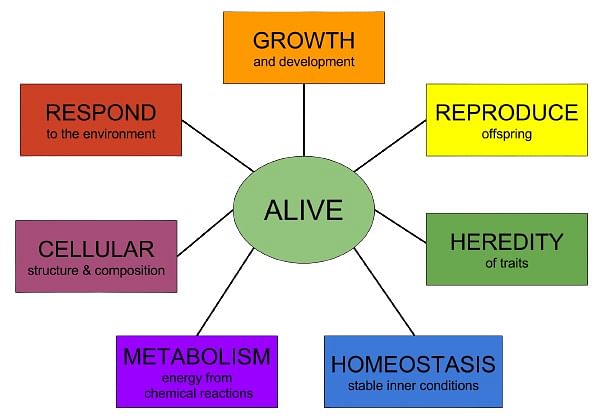 Ques 3: What is the role of the acid in our stomach?Ans: Following are the roles of acid in our stomach:(i) It creates an acidic medium for the action of proteolytic enzyme pepsin.(ii) Kills harmful bacteria present in the food.(iii) Inactivates salivary amylase.(iv) Prevents fermentation of food.(v) HCl converts inactive pepsinogen into active pepsin.Ques 4: What is the function of digestive enzymes?Ans: Digestive enzymes such as amylase, lipase, pepsin, trypsin, etc. help in the break-down of complex food particles into simple ones. These simple particles can be easily absorbed by the blood and thus transported to all the cells of the body.Ques 5: How is the small intestine designed to absorb digested food?Ans: The small intestine has millions of tiny finger-like projections called villi. These villi increase the surface area for more efficient food absorption. Within these villi, many blood vessels are present that absorb the digested food and carry it to the bloodstream. From the bloodstream, the absorbed food is delivered to each and every cell of the body. 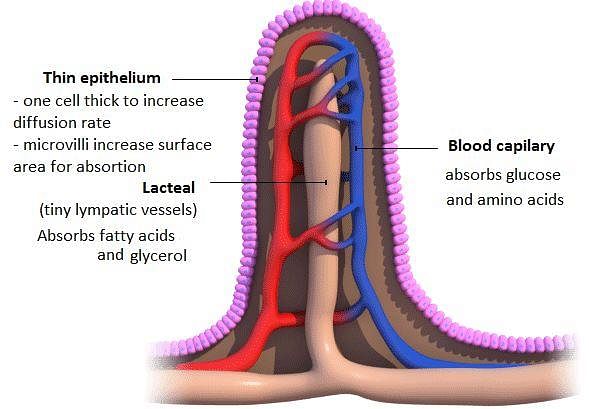 Ques 1: What advantage over an aquatic organism does a terrestrial organism have with regard to obtaining oxygen for respiration?Ans: Terrestrial organisms take up oxygen from the atmosphere whereas aquatic animals obtain oxygen from water. Air contains more O2 as compared to water. Since the content of O2 in air is high, the terrestrial animals do not have to breathe faster to get more oxygen. Therefore, unlike aquatic animals, terrestrial animals do not need adaptations for gaseous exchange.Ques 2: What are the different ways in which glucose is oxidised to provide energy in various organisms?Ans: At first glucose (6 carbon molecules) is broken in the cytoplasm of cells of all organisms. This process yields a 3 carbon molecule compound called pyruvate. Further break down of pyruvate takes place in different manners in different organisms.

Ques 3: How is oxygen and carbon dioxide transported in human beings?Ans: Haemoglobin transports oxygen molecules to all the body cells for cellular respiration. The haemoglobin pigment present in the blood gets attached to four O2 molecules that are obtained from breathing.

Since haemoglobin pigment has less affinity for CO2, CO2 is mainly transported in the dissolved form. This deoxygenated blood gives CO2 to lung alveoli and takes O2 in return.

Ques 1: What are the components of the transport system in human beings? What are the functions of these components?Ans: The main components of the transport system in human beings are the heart, blood, and blood vessels.Heart: Heart pumps oxygenated blood throughout the body. It receives deoxygenated blood from the various body parts and sends this impure blood to the lungs for oxygenation.Blood: Blood helps in the transport of oxygen, nutrients, CO2, and nitrogenous wastes.Blood Vessels: The blood vessels (arteries, veins, and capillaries) carry blood either away from the heart to various organs or from various organs back to the heart.Ques 2: Why is it necessary to separate oxygenated and deoxygenated blood in mammals and birds?Ans: Warm-blooded animals such as birds and mammals maintain constant body temperature by cooling themselves when they are in a hotter environment and by warming their bodies when they are in a cooler environment. Hence, these animals require more oxygen (O2) for more cellular respiration so that they can produce more energy to maintain their body temperature.

Thus, it is necessary for them to separate oxygenated and deoxygenated blood, so that their circulatory system is more efficient and can maintain their constant body temperature.Ques 3: What are the components of the transport system in highly organised plants?Ans: In highly organised plants, there are two different types of conducting tissues - xylem and phloem. Xylem conducts water and minerals obtained from the soil (via roots) to the rest of the plant. Phloem transports food materials from the leaves to different parts of the plant body.Ques 4: How are water and minerals transported in plants?Ans: The components of xylem tissue (tracheids and vessels) of roots, stems, and leaves are interconnected to form a continuous system of water-conducting channels that reaches all parts of the plant. Transpiration creates a suction pressure, as a result of which water is forced into the xylem cells of the roots. Then there is a steady movement of water from the root xylem to all the plant parts through the interconnected water-conducting channels. 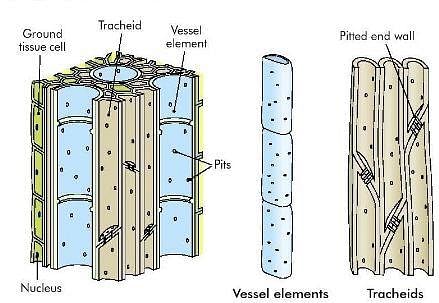 Ques 5: How is food transported in plants?Ans: Phloem transports food materials from the leaves to different parts of the plant body. The transportation of food in phloem is achieved by utilizing energy from ATP. As a result of this, the osmotic pressure in the tissue increases causing water to move into it. This pressure moves the material in the phloem to the tissues which have less pressure. This is helpful in moving materials according to the needs of the plant. For example, the food material, such as sucrose, is transported into the phloem tissue using ATP energy. 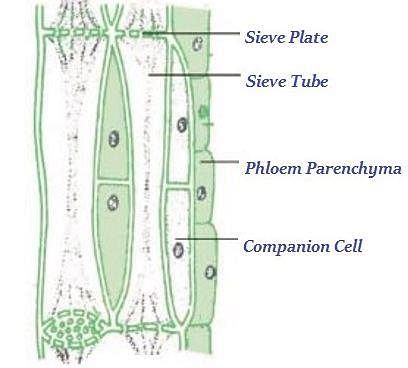 Ques 1: Describe the structure and functioning of nephrons.Ans: Nephrons are the basic filtering units of the kidneys. Each kidney possesses large number of nephrons, approximately 1-1.5 million. The main components of the nephron are glomerulus, Bowman's capsule, and a long renal tubule. 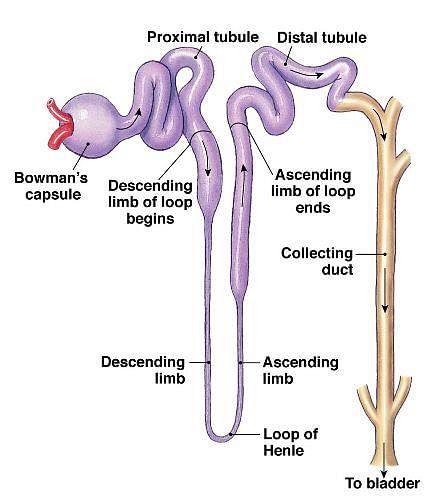 Functioning of a nephron:The blood enters the kidney through the renal artery, which branches into many capillaries associated with glomerulus.The water and solute are transferred to the nephron at Bowman's capsule.In the proximal tubule, some substances such as amino acids, glucose, and salts are selectively reabsorbed and unwanted molecules are added in the urine.The filtrate then moves down into the loop of Henle, where more water is absorbed.From here, the filtrate moves upwards into the distal tubule and finally to the collecting duct. Collecting duct collects urine from many nephrons.The urine formed in each kidney enters a long tube called ureter. From ureter, it gets transported to the urinary bladder and then into the urethra.

Ques 5: How are fats digested in our bodies? Where does this process take place?Ans: Fats are present in the form of large globules in the small intestine. The small intestine receives the secretions from the liver and the pancreas. The bile salts (from the liver) break down the large fat globules into smaller globules so that the pancreatic enzyme lipase can easily act on them. This is referred to as emulsification of fats. This process takes place in the small intestine.Ques 6: What is the role of saliva in the digestion of food?Ans: Saliva is secreted by the salivary glands, located under the tongue. It moistens the food for easy swallowing. It contains a digestive enzyme called salivary amylase, which breaks down starch into sugar.

Ques 8: What are the differences between aerobic and anaerobic respiration? Name some organisms that use the anaerobic mode of respiration.Ans:

Ques 9: How are the alveoli designed to maximise the exchange of gases?Ans: The alveoli are the small balloon-like structures present in the lungs. The walls of the alveoli consist of an extensive network of blood vessels. Each lung contains 300−350 million alveoli, making it a total of approximately 700 million in both the lungs. The alveolar surface when spread out covers about 80 m2 area. This large surface area makes the gaseous exchange more efficient. 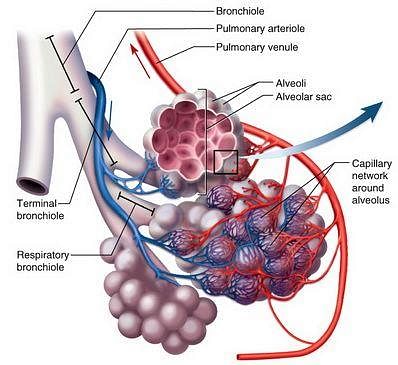 Ques 10: What would be the consequences of a deficiency of haemoglobin in our bodies?Ans: Haemoglobin is the respiratory pigment that transports oxygen to the body cells for cellular respiration. Therefore, deficiency of haemoglobin in blood can affect the oxygen supplying capacity of blood. This can lead to deficiency of oxygen in the body cells. It can also lead to a disease called anaemia.Ques 11: Describe double circulation in human beings. Why is it necessary?Ans: The human heart is divided into four chambers − the right atrium, the right ventricle, the left atrium, and the left ventricle.

Flow of blood in the heart: 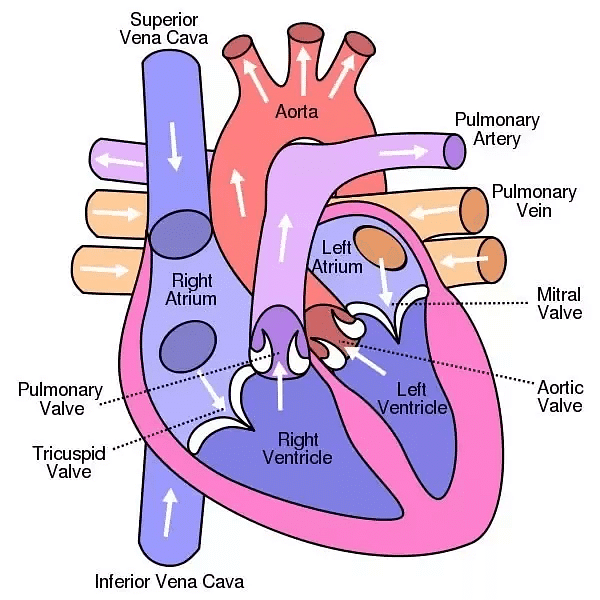 Flow of blood in the human heart

Therefore, the blood goes twice through the heart. This is known as double circulation.

The separation of oxygenated and de-oxygenated blood allows a more efficient supply of oxygen to the body cells. This efficient system of oxygen supply is very useful in warm-blooded animals such as human beings.

Hence, they require more O2 for more respiration so that they can produce more energy to maintain their body temperature. Thus, the circulatory system of humans is more efficient because of the double circulatory heart.

Ques 12: What are the differences between the transport of materials in xylem and phloem?Ans:

Ques 13: Compare the functioning of alveoli in the lungs and nephrons in the kidneys with respect to their structure and functioning.Ans: