The document NCERT Solutions: Sexual Reproduction in Flowering Plants Notes | Study Biology Class 12 - NEET is a part of the NEET Course Biology Class 12.
All you need of NEET at this link: NEET

Q.1. Name the parts of an angiosperm flower in which development of male and female gametophyte take place.Ans. The male gametophyte or the pollen grain develops inside the pollen chamber of the anther, whereas the female gametophyte (also known as the embryo sac) develops inside the nucleus of the ovule from the functional megaspore.Q.2. (a) Differentiate between microsporogenesis and megasporogenesis. (b) Which type of cell division occurs during these events? (c) Name the structures formed at the end of these two events.Ans.(a)

(b) Both events (microsporogenesis and megasporogenesis) involve the process of meiosis or reduction division which results in the formation of haploid gametes from the microspore and megaspore mother cells.

Q.4. With a neat, labelled diagram, describe the parts of a typical angiosperm ovule.Ans. An ovule is a female megasporangium where the formation of megaspores takes place.The various parts of an ovule are: 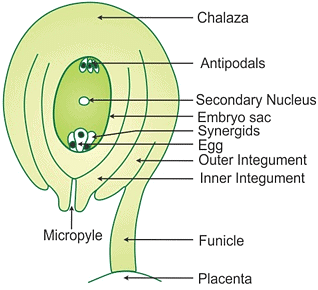 Structure of an Ovule

(i) Funiculus: It is a stalk-like structure that represents the point of attachment of the ovule to the placenta of the ovary.(ii) Hilum: It is the point where the body of the ovule is attached to the funiculus.

(iii) Integuments: They are the outer layers surrounding the ovule that provide protection to the developing embryo.(iv) Micropyle: It is a narrow pore formed by the projection of integuments. It marks the point where the pollen tube enters the ovule at the time of fertilization.

(v) Nucellus: It is a mass of the parenchymatous tissue surrounded by the integuments from the outside. The nucleus provides nutrition to the developing embryo. The embryo sac is located inside the nucleus.(vi) Chalazal: It is the based swollen part of the nucleus from where the integuments originate.Q.5. What is meant by the monosporic development of female gametophyte?Ans.

Q.6. With a neat diagram explain the 7-celled, 8-nucleate nature of the female gametophyte.Ans. 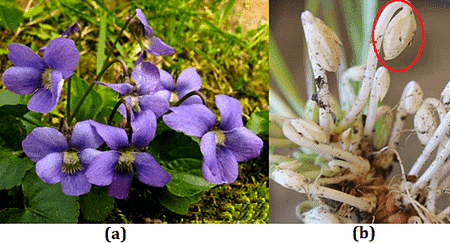 Q.10. What is bagging technique? How is it useful in a plant breeding programme? 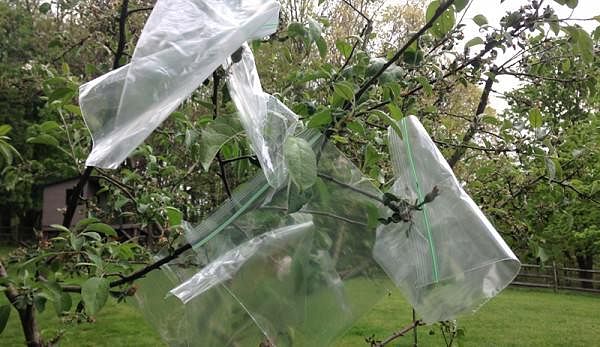 Q.12. Why do you think the zygote is dormant for some time in a fertilized ovule?Ans.

Q.14. Why is apple called a false fruit? Which part(s) of the flower forms the fruit.Ans.

Q.15. What is meant by emasculation? When and why does a plant breeder employ this technique?Ans. 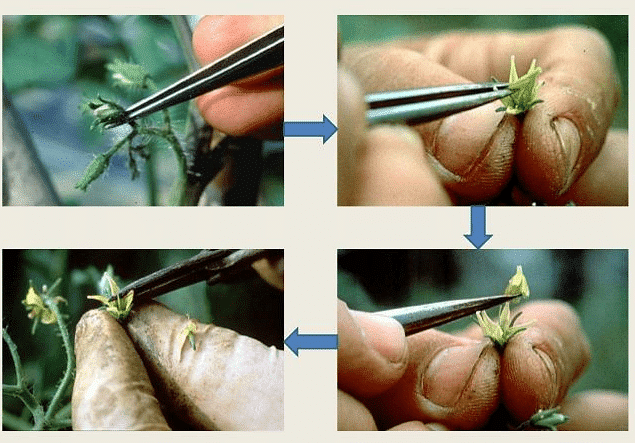 Q.17. Explain the role of tapetum in the formation pollen-grain wall.Ans.

Q.18. What is apomixis and what is its importance?Ans.

The document NCERT Solutions: Sexual Reproduction in Flowering Plants Notes | Study Biology Class 12 - NEET is a part of the NEET Course Biology Class 12.
All you need of NEET at this link: NEET