Q.3. Which of the following is an incorrect statement?    (2021)(a) The perinuclear space forms a barrier between the materials present inside the nucleus and that of the cytoplasm.(b) Nuclear pores act as passages for proteins and RNA molecules in both directions between nucleus and cytoplasm.(c) Mature sieve tube elements possess a conspicuous nucleus and usual cytoplasmic organelles.(d) Microbodies are present both in plant and animal cells.Ans. (c)Solution. 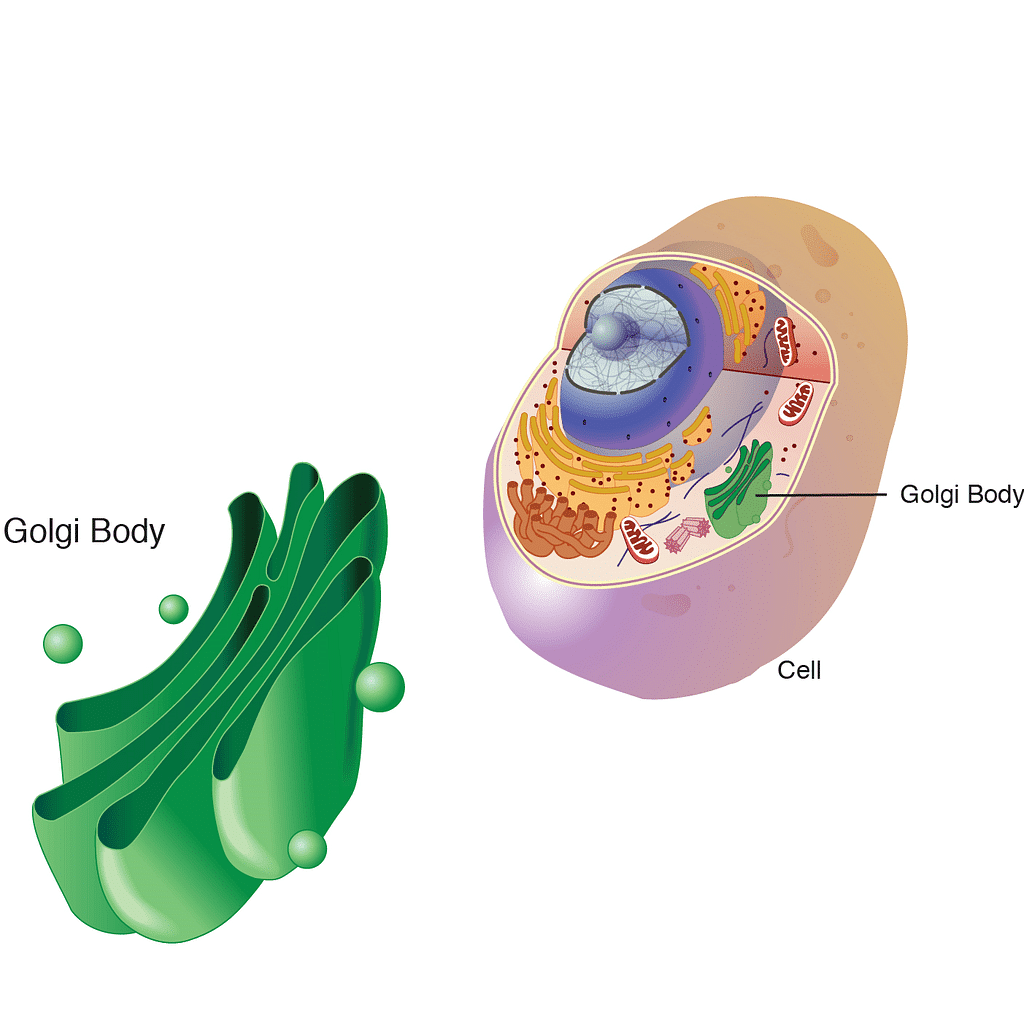 Choose the correct option from the following:Code:

Malonate resembles succinate in structure. Succinate is the substrate of the enzyme succinate dehydrogenase. Hence malonate acts as a competitive inhibitor of this enzyme. Collagen is a protein, and hence has peptide bonds. Cell wall of fungi is made of chitin.Ricin, a toxin is a secondary metabolite.Q.7. Which of the following statements about inclusion bodies is incorrect?    (2020)(a) They lie free in the cytoplasm(b) These represent reserve material in cytoplasm.(c) They are not bound by any membrane.(d) These are involved in ingestion of food particles.

Ans. (d)Solution.Inclusions bodies are distinct granules that may occupy a substantial part of the cytoplasm. Inclusion, granules are usually reserve material of some sort. And for food particles ingestion the cell membrane helps in this process. So option 4 is wrong.Q.8. Which of the following statements is not correct?    (2019)(a) Lysosomes are formed by the process of packaging in the endoplasmic reticulum.(b) Lysosomes have numerous hydrolytic enzymes.(c) The hydrolytic enzymes of lysosomes are active under acidic pH.(d) Lysosomes are membrane-bound structures.Ans. (a)Solution. Lysosomes arc single membrane bomul vesicles which contain hydrolytic enzymes. Lysosomes arc believed to be formed by the joint activity ol ER and Golgi complex. Precursors of hydrolytic enzymes are synthesised at RER and arc transferred to the forming face of Golgi complex. These precursors arc then changed to enzymes.Enzymes are then packed in larger vesicles and arc pinched oil at maturing face. These vesicles combine with endosomes to produce lysosomes. Lysosomal enzymes function in acidic medium or pH 4.5. This pH is lower than lliat of cytoplasm.Q.9. The concept of “Omnis cellula-e-celluld” regarding cell division was first proposed by    (2019)(a) Aristotle(b) Rudolf Virchow(c) Theodore Schwann(d) Schleiden.Ans. (b)Solution. Rudolf Virchow (1855) observed that new cells develop by division of the pre-existing cells— Omnis cellula-e-cellula (theory of cell lineage or common ancestry). The finding gave cell theory its final shape.Q.10. Which of the following statements regarding mitochondria is incorrect?    (2019)(a) Mitochondrial matrix contains single circular DNA molecule and ribosomes.(b) Outer membrane is permeable to monomers of carbohydrates, fats and proteins.(c) Enzymes of electron transport are embedded in outer membrane.(d) Inner membrane is convoluted with infoldings.Ans. (c)Solution. Enzymes of electron transport arc embedded in the inner membrane of mitochondria.Q.11. The shorter and longer arms of a submetacentric chromosome are referred to as    (NEET 2019)(a) M-arm and n-arm respectively(b) S-arm and 1-arm respectively(c) P-arm and q-arm respectively(d) Q-arm and p-arm respectively.Ans. (c)Solution. The short ami of chromosome is termed as the p (petit) ami and longer ami is referred as q arm.Q.12. Which of the following pairs of organelles does not contain DNA?    (2019)(a) Nuclear envelope and Mitochondria(b) Mitochondria and Lysosome(c) Chloroplast and Vacuoles(d) Lysosomes and VacuolesAns. (d)Q.13. Match the column I with column II

Choose the right match from options given below:    (2019)(a) A-(iii), B-(iv), C-(ii), D-(i)(b) A-(iv), B-(iii), C-(i), D-(ii)(c) A-(iii), B-(ii), C-(iv), D-(i)(d) A-(i), B-(ii), C-(iv), D-(iii)Ans. (a)Q.14. Which of the following is true for nucleolus?    (2018)(a) Larger nucleoli are present in dividing cells.(b) It is a membrane-bound structure.(c) It takes part in spindle formation.(d) It is a site for active ribosomal RNA synthesis.Ans. (d)Solution. Nucleolus is naked (devoid of membrane), round or slightly irregular structure which is attached to the chromatin at a specific region called nucleolar organiser region (NOR). Nucleolus is a site for r RNA synthesis. Nucleolus disappears when the cell undergoes division and reappears after its completion.Q.15. The Golgi complex participates in    (2018)(a) Fatty acid breakdown(b) Formation of secretory vesicles(c) Respiration in bacteria(d) Activation of amino acid.Ans. (b)Solution.Golgi complex is a complex cytoplasmic structure made up of smooth membrane saccules or cisternae, a network of tubules with vesicles and vacuoles, which takes part in membrane transformation, secretion and production of complex biochemicals. One face of Golgi apparatus in convex (forming, c is) face while the other is concave (maturing, trans) face. C is face receives contents from endoplasmic reticulum which then reaches trans face and bud off as secretory vesicles.Q.16. Which of the following events does not occur in rough endoplasmic reticulum?    (2018) (a) Protein folding(b) Protein glycosylation(c) Cleavage of signal peptide(d) Phospholipid synthesisAns. (d)Solution.Smooth endoplasmic reticulum is involved in the production of lipids and sterols. Complexing of lipid and proteins to form lipoproteins occurs in SER. RER is involved in protein folding, glycosylation  of protein and cleavage of signal peptide.Q.17. Select the incorrect match.    (2018)(a) Lampbrush chromosomes - Diplotene bivalents(b) Allosomes - Sex chromosomes(c) Sub-metacentric chromosomes - L-shaped chromosomes(d) Polytene chromosomes - Oocytes of amphibiansAns. (d)Solution.Polytene chromosomes are giant chromosomes formed by somatic pairing between homologous chromosomes and repeated replication (endomitosis) of their chromonemata. They are quite common in salivary glands of insects and are therefore, popularly known as salivary chromosomes.Q.18. Which of the following cell organelles is responsible for extracting energy from carbohydrates to form ATP?    (2017)(a) Ribosome(b) Chloroplast(c) Mitochondrion(d) LysosomeAns. (c)Solution.Mitochondria are miniature biochemical factories where food stuffs or respiratory substrates arc completely oxidised to carbon dioxide and water The energy liberated in the process is initially stored in the form of reduced coenzymes and reduced prosthetic groups. The latter soon undergo oxidation and form energy rich ATP.ATP comes out of mitochondria and helps perform various energy-requiring processes of the cell like muscle contraction, nerve impulse conduction, biosynthesis, membrane transport, cell division, movement, etc. Because of the formation of ATP, the mitochondria arc called power houses of the cell.Q.19. Select the mismatch.    (2016)(a) Gas vacuoles - Green bacteria(b) Large central vacuoles - Animal cells(c) Protists - Eukaryotes(d) Methanogens - ProkaryotesAns. (b)Solution.Large central vacuoles are the characteristic of plant cell, not animal cell which may have many small scattered vacuoles.Q.20. Select the wrong statement.    (2016)(a) Bacterial cell wall is made up of peptidoglycan.(b) Pili and fimbriae are mainly involved in motility of bacterial cells.(c) Cyanobacteria lack flagellated cells.(d) Mycoplasma is a wall-less microorganism.Ans. (b)Solution.Pili and fimbriae are bacterial appendages which arc not involved in locomotion. Actually, pili are long, fewer and thick tubular outgrowths which develop in response to F+ or fertility factor in Gram negative bacteria. Being long they are helpful in attaching to recipient cell and forming conjugation tube. Fimbriae are small bristle-like fibres sprouting from cell surface in large number. There are 300-400 of them per cell. They are involved in attaching bacteria to solid surfaces.Q.21. A cell organelle containing hydrolytic enzymes is    (2016)(a) Lysosome(b) Microsome(c) Ribosome(d) MesosomeAns. (a)Solution.Lysosomes are small vesicles which are bounded by a single membrane and contain hydrolytic enzymes in the form of minute crystalline or semicrystalline granules of 5 - 8 nm. About 50 enzymes have been recorded to occur in them. All the enzymes do not occur in the same lysosome but there are different sets of enzymes in different types of lysosomes. The important enzymes are acid phosphatases, sulphatases, proteases, peptidases, nucleases, lipases and carbohydrases. They are also called acid hydrolases because these digestive enzymes usually function in acidic medium or pH of 4 - 5.Q.22. Mitochondria and chloroplast are(A) Semi-autonomous organelles(B) Formed by division of pre-existing organelles and they contain DNA but lack protein synthesising machinery.Which one of the following options is correct?    (2016)(a) (A) is true but (B) is false.(b) Both (A) and (B) are false.(c) Both (A) and (B) are correct.(d) (B) is true but (A) is false.Ans. (a)Solution.Both mitochondria and chloroplast are semi-autonomous organelles. They have their own DNA which produces its own m RNA, t RNA and r RNA. These organelles also possess their own ribosomes and hence are able to synthesise some of their proteins.Q.23. Microtubules are the constituents of    (2016)(a) Centrioles, spindle fibres and chromatin(b) Centrosome, nucleosome and centrioles(c) Cilia, flagella and peroxisomes(d) Spindle fibres, centrioles and cilia.Ans. (d)Solution.Microtubules are unbranched hollow submicroscopic tubules of protein tubulin which develop on specific nucleating regions. It can undergo quick growth or dissolution at their ends by assembly or disassembly of monomers. They are present in the cytoplasm as well as in specialised structures like centrioles, basal bodies cilia or flagella, sensory hair, equatorial ring of thrombocytes, spindle apparatus, chromosome fibres, nerve processes, sperm tails, axostyle of parasitic flagellates, fibre system of Stentor, cyto pharyngeal basket of Nassula, etc.Q.24. Which one of the following cell organelles is enclosed by a single membrane?    (2016)(a) Lysosomes(b) Nuclei(c) Mitochondria(d) ChloroplastsAns. (a)Solution.Lysosomes are small vesicles bounded by a Single membrane and contain hydrolytic enzymes. Nucleus, mitochondria and chloroplasts are double membrane bound cell organelles.Q.25. Water soluble pigments found in plant cell vacuoles are    (2016)(a) Carotenoids(b) Anthocyanins(c) Xanthophylls(d) ChlorophyllsAns. (b)Solution.Anthocyanins are water soluble pigments which commonly occur in membrane enclosed vacuoles. They are responsible for colour of fmiic and flower petals.

The document NEET Previous Year Questions (2016-21): Cell: The Unit of Life Notes | Study Biology Class 11 - NEET is a part of the NEET Course Biology Class 11.
All you need of NEET at this link: NEET
Join Course