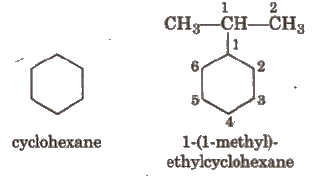 If the alkyl chain contains a greater number of C-atoms than the ring, the ring is designated as substituent. e.g.,

If side chain contains a multiple bond or a functional group, the ring is treated as a substituent. e.g

Prefix ‘spiro’ is used for the compounds in which one carbon is present between two rings; 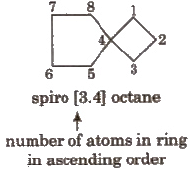 Prefix ‘bicycle’ is used for such compounds e.g., 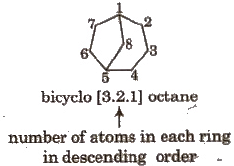 In bicycle compounds, numbering is done first in larger ring, then in smaller ring.