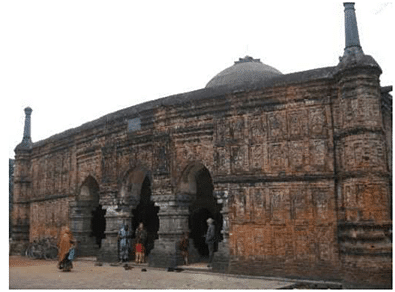 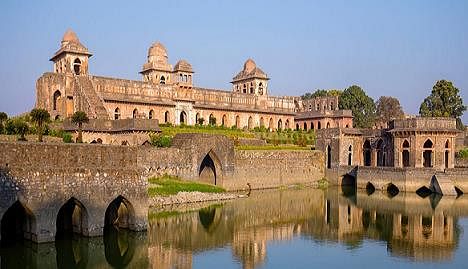 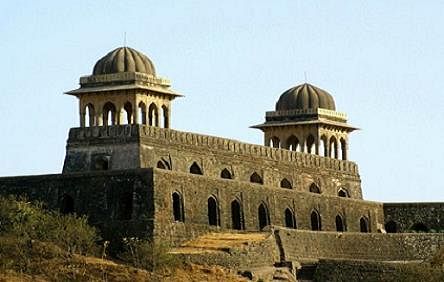 3) Jaunpur School of ArchitectureIt was influenced by the buildings of Tughlaq period, but its typical feature was its bold and forceful character expressed in the huge imposing pro-pylon screens filling the central and side bays of prayer hall. Sharqi Dynasty developed it hence also called a charqui style. Notable Example Atala Masjid. 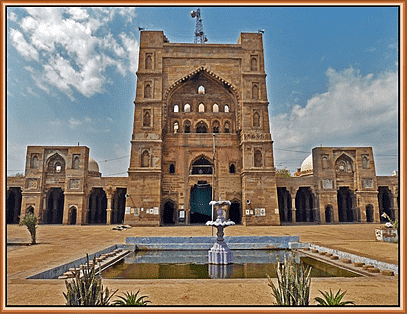 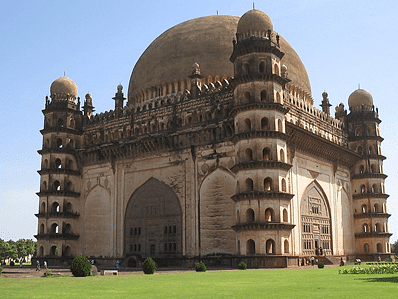 Try yourself:Which of the following school of architecture were developed during the Sharqi Dynasty?
Explanation

Jaunpur School of Architecture was influenced by the buildings of Tughlaq period but its typical feature was its bold and forceful character expressed in the huge imposing pro-pylon screens filling the central and side bays of the prayer hall. It was Developed by the Sharqi Dynasty hence also called a charqui style. Notable Example ~ Atala Masjid.

View Solution
MUGHAL ARCHITECTUREThe Mughal rulers were visionaries and their personalities reflected in the all-round development of various arts, crafts, music, building and architecture. The Mughal dynasty was established with the crushing victory of Babar at Panipat in 1526 AD.

The important characteristics of Humayun’s tomb are: 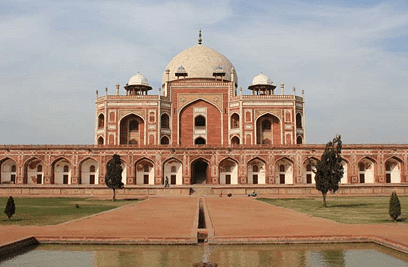 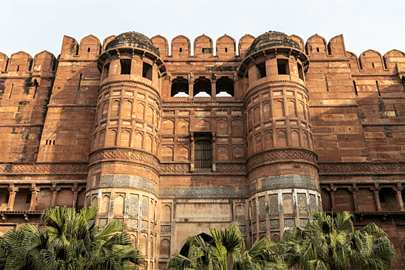 Some of the important features of Jahangir’s architecture are:(i) Persian style, covered with enamelled tiles.(ii) Usage of marbles and precious gems.(iii) Usage of white marble and covered in pietra dura mosaic. 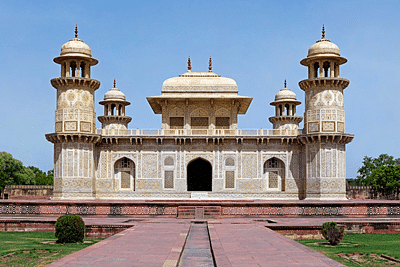 Try yourself:The famous Rohtas Fort in Pakistan is built by which of the following emperor?
Explanation

Sher Shah, during his brief reign, built few monuments. He built the Qila-e-Quhunah (Mosque of the Old Fort) mosque in Delhi, the famous Rohtas Fort in Pakistan. He constructed the Sher Shah Suri Masjid in Patna in Afghan-style to mark his reign.

The Mughal architecture reached its climax during the reign of Shah Jahan. The single most important architectural change was the substitution of marble for the red sandstone.

Some of the important features of Taj Mahal are:▪ Use of white marble.▪ More decoration.▪ Massive size.▪ Use of char bagh style.▪ Use of pietra dura technique.▪ Tomb building at its climax. 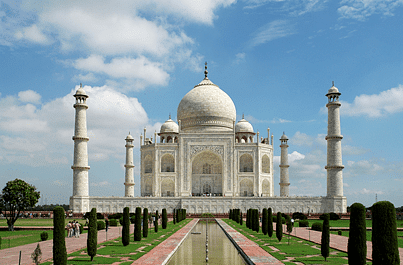 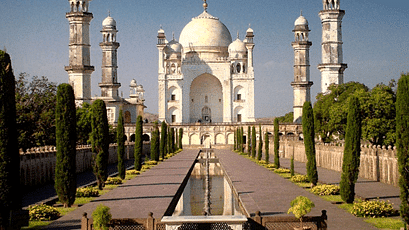 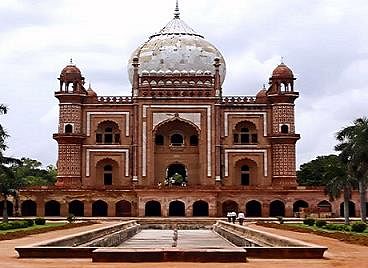 The architectural projects of Aurangzeb's reign are represented by the Bibi-ki-Maqbara, the tomb of Aurangzeb's wife Begum Rabia Durani, which is a poor replica of the famous Taj Mahal and is also called as Taj Mahal of South India. 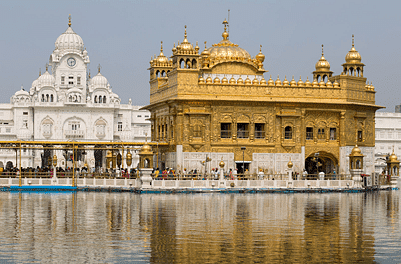 2) Rajput StyleThe Rajput constructions of the period were also influenced by the Mughal style, but were unique in their constructions' size and scope. They generally undertook the building of imposing palaces and forts.Some of the unique features of the Rajput architecture are as follows: 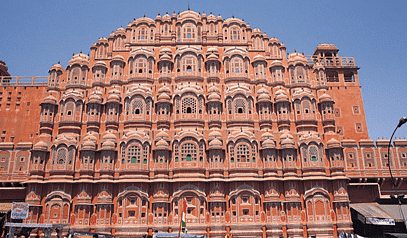 Temples in KashmirThe Kashmiri temple architecture has its unique features suited to local geography and is renowned for its exquisite stone carvings. Due to its location on the important trade routes, the architectural style is inspired by many foreign sources. Temple making reached a great height under the rulers of Karakota dynasty and Utpala dynasty.

The main features of the Kashmir style of architecture are: 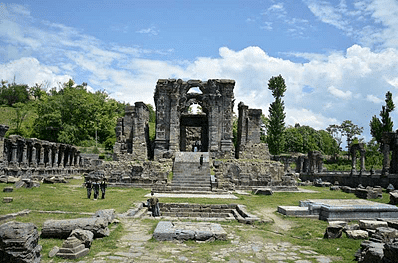 ➢ Temples at AwantiporaThere are two temples namely Avantiswami for Lord Vishnu and Avantiswara dedicated to Lord Shiva. It was built by the king Awantivarman, the first king of Utpala dynasty, in 9th century AD. The temple is inside a paved courtyard and has four shrines in its four corners. The gateway has two chambers and is carved out eloquently. Roman and Gandharan influence is seen.

➢ Pandrethan TempleIt is also called Meru Vardha Swami and is dedicated to Vishnu, but Shiva images are also there. It was carved out of a single block of stone and has exquisite carvings on its walls. It was made in early 10th century AD and is located near Srinagar. It has a domed roof and arches. 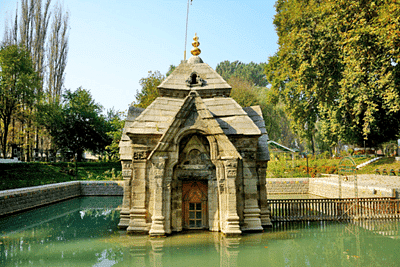 Martand Sun Temple is located in Anantnag, Kashmir and was built in 8th century AD under the aegis of Karkota Dynasty ruler Lalitaditya Muktapida.

The exterior is generally kept simple because idea is to hold a sacred fire and Yasna ceremony (prayers) rather than glorification of the faith. It has an inner sanctum where fire is kept. The structures have vents for the smoke to escape. The performance of ceremony is considered to be of the highest order and involves elaborate arrangements. They are performed by the high priests called Dasturs.

Sun Temples in India:-Sun has been revered since Vedic age with many hymns written for the celestial body. It is worshipped as Aditya or Surya. There are many rituals in practice for worshipping the deity. Many temples have also been constructed with Sun as the chief deity. Sun temples are even found in Japan, Egypt, China, etc. Some of the Rajput clans, namely “Suryavanshi”, worship Sun and claim themselves to be the deity's descendants.Some of the major temples in India are:

MODERN INDIAColonial ArchitectureEuropean colonists brought India concepts of their "world view" and whole baggage of the history of European architecture: Neo-Classical, Romanesque, Gothic and Renaissance. The initial structures were utilitarian warehouses and walled trading posts, giving way to fortified towns along the coastline. 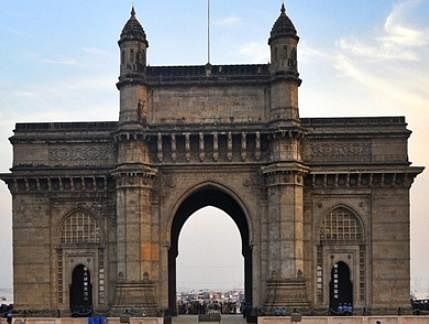 The British built New Delhi as a systematically planned city after it was made the capital in 1911. Sir Edward Lutyens was made responsible for the overall plan of Delhi. He was specifically directed to "harmonise externally with the traditions of Indian art".