The semiconductor diodes in which the current carriers are generated by the photons(through photo excitation) is called optoelectronic devices Some of the opto electronic junction devices are –Photodiode, Light emitting diode and solar cell.Photodiode – Electron-hole pair is generated due to the illumination of the junction with light. 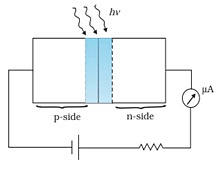 Solar cell–When solar light falls on p-n junction, it generates emf which can be used effectively. 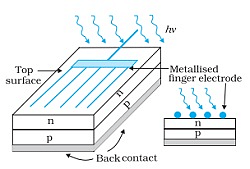 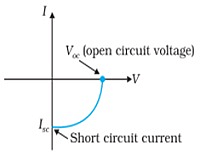 Criteria for material selection of material for solar cell

The document Opto Electronic Junction Devices Notes | Study Physics Class 12 - NEET is a part of the NEET Course Physics Class 12.
All you need of NEET at this link: NEET
Join Course