What are Carbon Compounds?

Carbon compounds are defined as chemical substances containing carbon. More compounds of carbon exist than any other chemical element except for hydrogen.

These are the compounds in which various carbon atoms in a chain or a ring are linked together by single bonds only. Alkanes are the most common examples of saturated chain carbon compounds. Ethane is a member of the alkane family whose structure is drawn below: 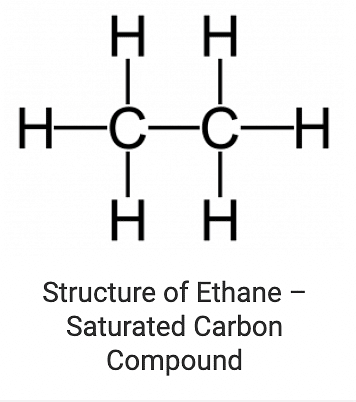 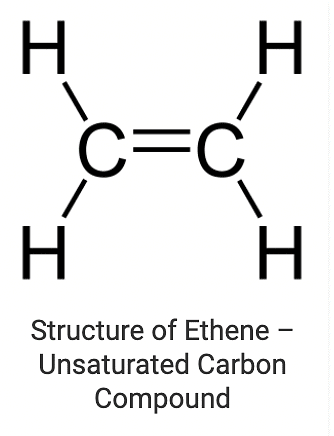 About three million (or thirty lakh) compounds of carbon are known. The existence of such a large number of organic compounds is due to the following characteristic features of carbon.

(a) Catenation(Tendency to form Carbon-Carbon bond)

Due to its small size, carbon can easily form double or triple bonds (called multiple bonds) with itself and with the atoms of other elements such as nitrogen, oxygen, sulphur etc.

Compounds having the same molecular formula but different structural formulae are known as isomers and the phenomenon of the existence of isomers is termed isomerism.

What is Covalent Bond?

A chemical bond formed between two atoms of the same element or two atoms of different elements by sharing of electrons is called a covalent bond.

Necessary conditions of the formation of Covalent Bond:

Bonding in Carbon CompoundsCarbon forms covalent bonds in its compounds with other atoms. In each compound, the valency of carbon is four i.e., carbon has a tetravalent character.

Why does a carbon atom form only a covalent bond?

On the basis of the number of electrons shared by two combining atoms, the covalent bond are of three types:

Carbon forms mostly covalent bonds as accepting and donating four electrons is very difficult. Covalent compounds are poor conductors of electricity and they do not have strong forces because a covalent bond is weaker than an ionic bond. Hence, option D is the correct answer.