The document Parliamentary Committees - Indian Polity Notes UPSC Notes | EduRev is a part of the UPSC Course Indian Polity for UPSC CSE.
All you need of UPSC at this link: UPSC

How many types of Parliamentary Committees are there?There are different types of parliamentary committees which are mentioned in the table below: 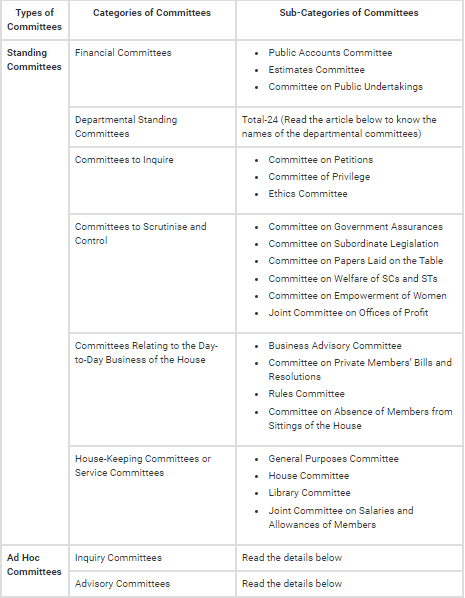 The table given above can be helpful for IAS aspirants to remember fo UPSC 2020 as chances are always there for questions coming in Prelims from this section.

Standing CommitteesAs given above that there are six types of standing committees in India. They are permanent in nature.The details of all of these are given below: 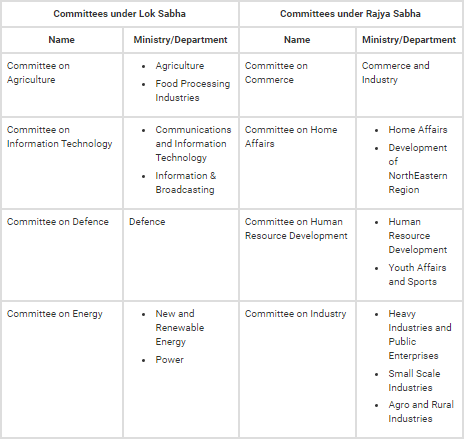 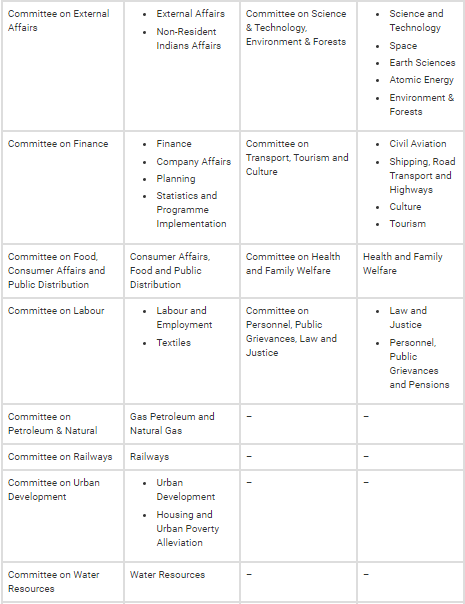 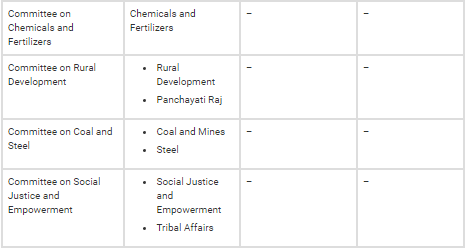 Functions of these 24 Departmental Standing Committees are:

3. Committees to InquireThere are three types:

4. Committees to Scrutinize and ControlThere are six types of these committees which are given below:

5. Committees relating to the day-to-day business of the houseThere are four types of this committee mentioned below:

6. House-Keeping CommitteesThere are four types of this committee mentioned below:

Ad-Hoc CommitteesThere are two types of ad-hoc committees. They are temporary in nature.The details of these committees are given below:

1.Inquiry CommitteesThese committees can be proposed by either house or can also be appointed by the speaker/chairman of the respective house. Few examples of Inquire Committees are:

2.Advisory CommitteesThese committees are select or joint committees appointed for the matters of bills. They report on particular bills. They are different from the inquiry committees as the procedure that they follow are laid down in the Rules of Procedure and also are directed by the Lok Sabha speaker or Rajya Sabha chairman.