The document Physical Geography of India (Part- 1) Notes | EduRev is a part of UPSC category.
All you need of UPSC at this link: UPSC

PHYSIOGRAPHY OF INDIA Physiography of an area is the outcome of structure, process and the stage of development. India is characterised by great diversity in its physical features. India can be divided into the following physiographic divisions The Himalayas: They consist of parallel mountain ranges. The great Himalayan range includes the great Himalayas, the trans Himalayas and the Shivalik. In the north west, their orientation is from north-west to south-east. In Darjeeling and Sikkim they lie in an eastwardly direction while in Arunachal they are from south-west to north-east. In Nagaland, Manipur and Mizoram they are in north-south direction. The Himalayas can be further divided into 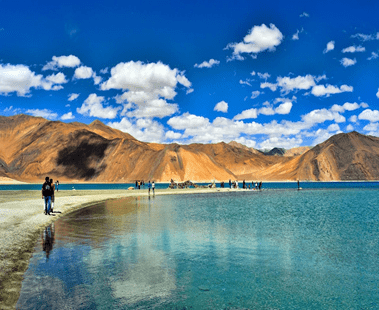 Valley of flowers in Uttarakhand The Northern plains: They are formed by the alluvial deposits brought by the Indus, Ganga and the Brahmaputra. They are also as the Indo-Gangetic plains. The average width is 150-300kms and they extend for 3200kms from east to west. Depth of alluviam deposits varies from 1000-2000kms. THE PLAINS ARE DIVIDED INTO