According to a report on Plastic Waste Management released by Ministry of Housing and Urban Affairs, the global average of plastic per capita consumption is 28 kg and India has a per capita plastic consumption of 11 kg. The CPCB Report of 2019-20 states that 3.4 million metric tonnes of plastic waste is generated in India annually. NITI Aayog and UNDP India have recently launched a handbook to promote sustainable management of plastic waste in the country. It has suggested that urban local bodies across states adopt the material recovery facility (MRF) model & implement it as a public-private partnership model for sustainable management of urban plastic waste. Urban local bodies are mandated under the Municipal Solid Waste Management Rules, 2016, and the Plastic Waste Management Rules, 2016, to manage municipal solid waste and plastic waste at the city level. The Environment ministry has also come out with a draft notification for regulation of extended producer responsibility under plastic waste management rules 2016. The draft notification published earlier this month specifies the quantity of waste that will have to be managed by producers, importers and brand owners who generate plastic packaging waste in India. 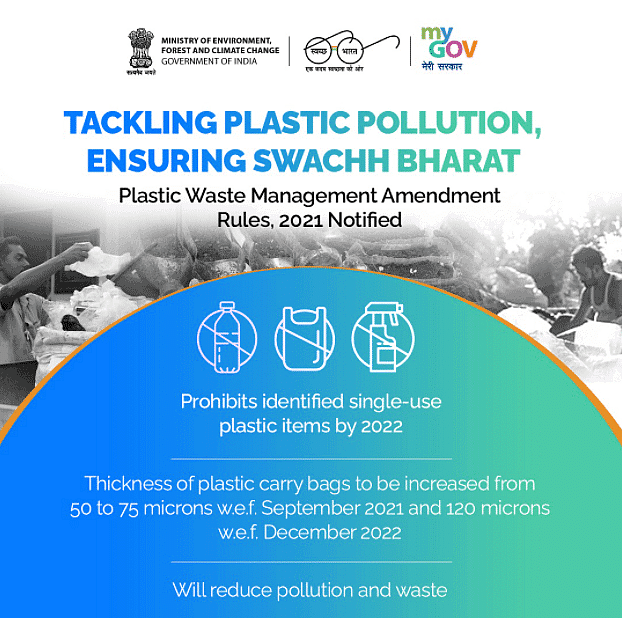 What are single use plastics?

Expand the jurisdiction of applicability from the municipal area to rural areas, because plastic has reached rural areas also: