The comprehensive theory tries to explain most of the dynamism of earth crust and features of the endogenetic forces.

The development towards the theory began in the 1960s with extensive seafloor mapping.

This theory is based on the two principle hypothesis – Arthur Holmes convection current hypothesis, and the concept of seafloor spreading’ advocated by Hess.

It is an improvement over the Wegener’s continental drift theory. It has been considered the most sophisticated and comprehensive approach about the drift of continents and the expansion of sea floors.

Lithosphere – The crust and part of the upper mantle = lithosphere (100 km thick, and less dense than the material below it so it “floats”) 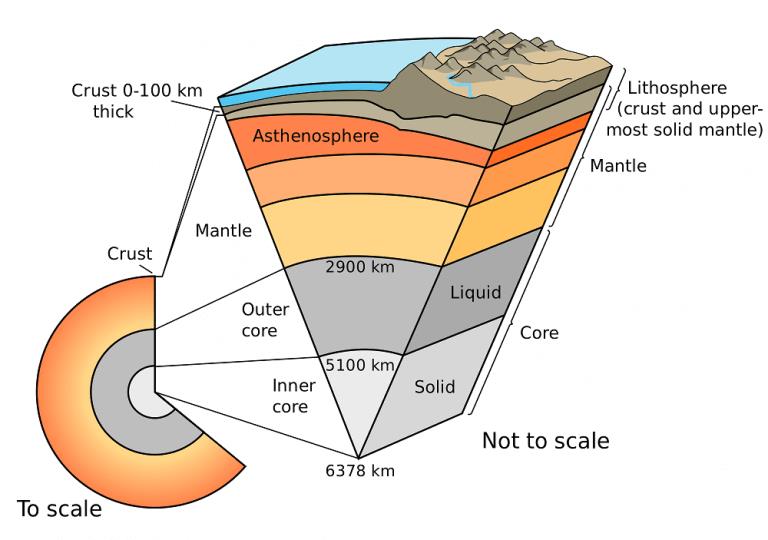 The idea that the seafloor itself moves and also carries the continents with it as it spreads from a central rift axis was proposed by Harold Hammond Hess from Princeton University and Robert Dietz of the U.S. Naval Electronics Laboratory in San Diego in the 1960s.

According to Plate tectonics theory –

A plate is a broad segment of the lithosphere (crust + rigid upper mantle) that floats on the underlying asthenosphere and move independently of the other plates. Broadly they can be classified into continental plates and oceanic plates. La Pichon divided the earth into seven major and nine minor plates. 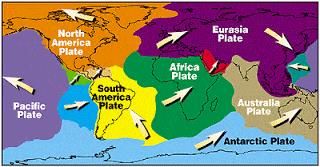 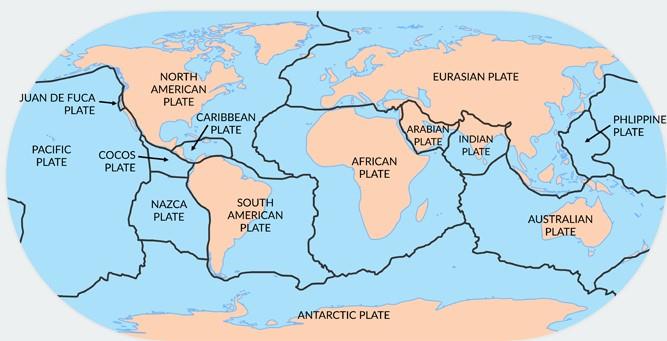 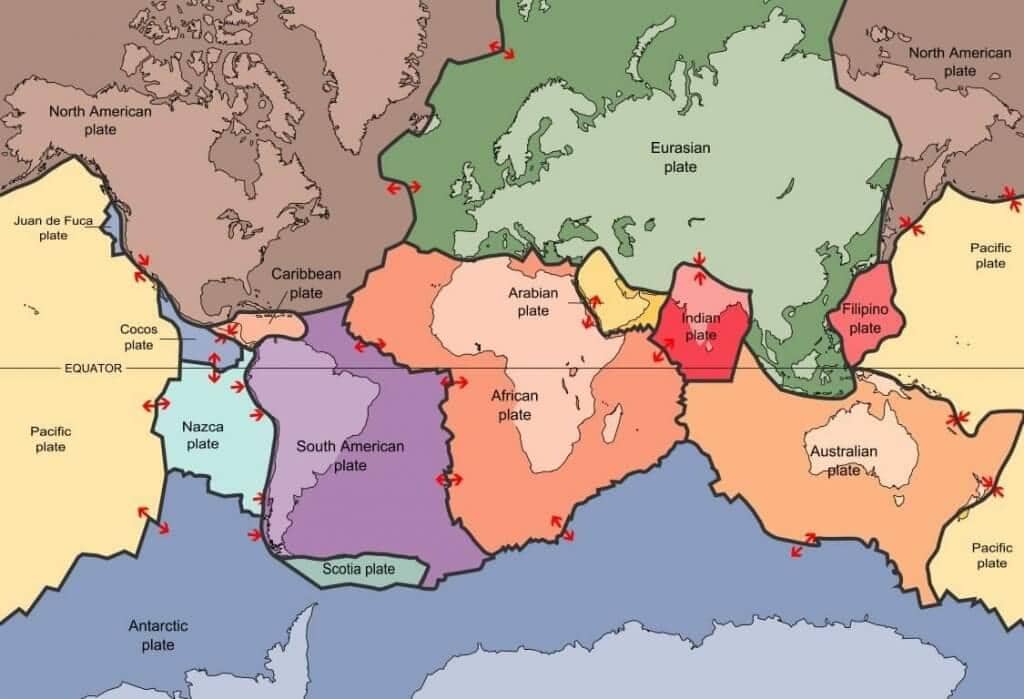 Three types of motion are possible between the plates: 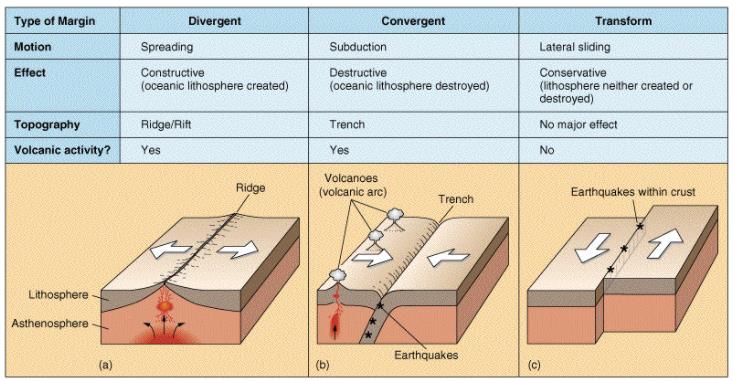 The boundary between two plates that are moving apart or rifting, Rifting causes Seafloor Spreading. 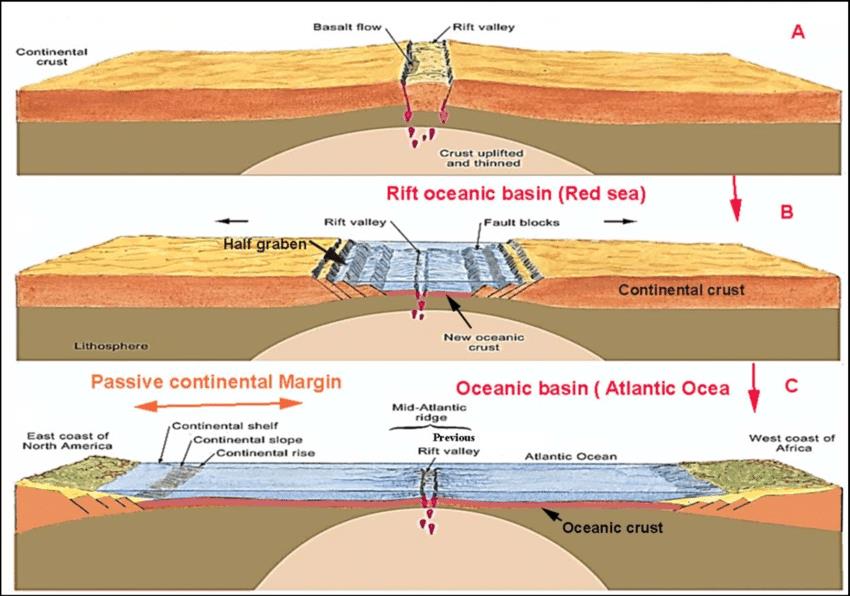 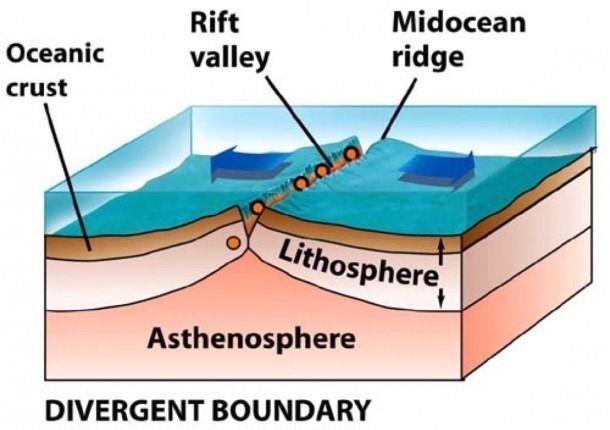 Divergent boundaries can also develop within a continent resulting in a continental rift valley such as the Great East African Rift Valley that extends from Ethiopia southward through Mozambique. The Red Sea is also the outcome of spreading taking place within a continent—in this case; the spreading has been significant enough to form a “proto-ocean.”

At a convergent boundary, plates collide and sometimes called “destructive” boundaries because they result in the removal or compression of the surface crust. Convergent plate boundaries are responsible for some of the most massive and spectacular earthly landforms: major mountain ranges, volcanoes, and oceanic trenches.

The three types of convergent boundaries are – 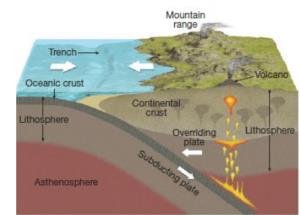 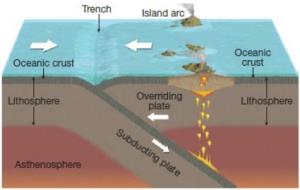 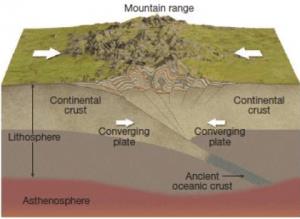 Transform Plate Boundaries are locations where two plates are sliding past each other, and there is no creation or destruction of landform but only deformation of the existing landform. The fracture zone that forms a transform plate boundary is known as a transform fault.

In oceans, transform faults are the planes of separation generally perpendicular to the mid-oceanic ridges.

San Andreas Fault (Silicon Valley lies dangerously close to the faultline) along the USA's western coast is the best example for a transcurrent edge on continents. 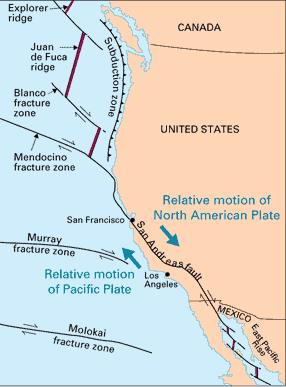 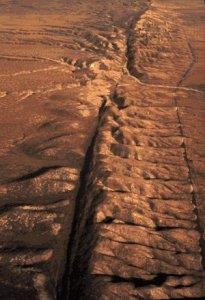 Question for Plate Tectonics Theory
Try yourself:Which of the following is not a minor tectonic plate?
Explanation

A major tectonic plate, originally a part of the ancient continent of Gondwana – 47,000,000 km2

The significance of Plate Tectonics 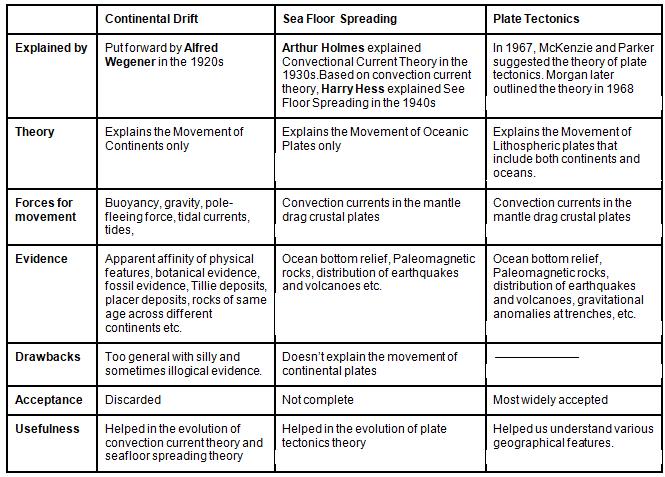