The document Political Parties - 2 Notes | EduRev is a part of the UPSC Course Indian Polity for UPSC CSE.
All you need of UPSC at this link: UPSC

The Election Commission has classified some of the major parties of the country as “State parties”. These are also referred to as regional parties. Some of these parties are:

Popular dissatisfaction and criticism have focused on 4 problem areas in the working of political parties. These are:

How can Parties be Reformed?

Have a look at some of the recent efforts and suggestions to reform political parties and their leaders in India. Some efforts are listed below:

There are two other ways in which political parties can be reformed.

Recognized National Parties and their Symbols (2019)

*In all States/U.T.s except in Assam, where its candidates will have to choose a symbol out of the list of free symbols specified by the Election Commission.

Recognized State Parties and their Symbols (2019) 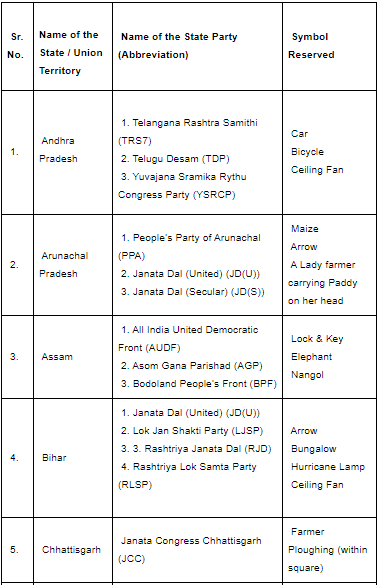 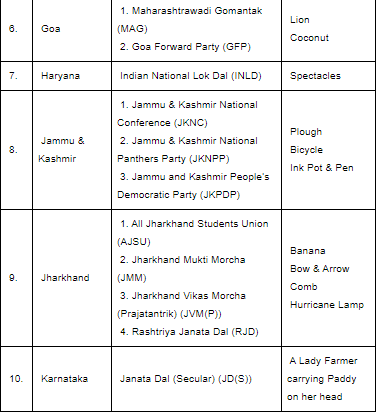 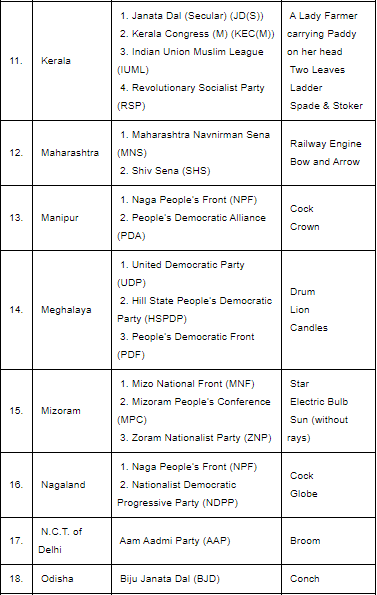 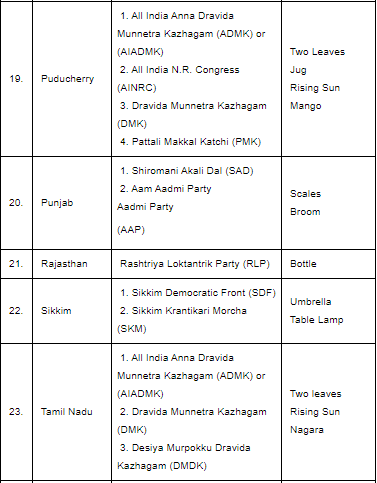 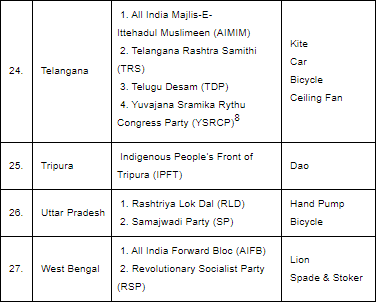