The term ‘Vidatha’ is found in the Rig Veda and also in the Atharvaveda. 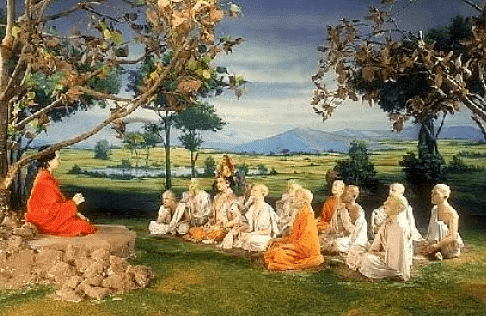 Question for Political & Social Condition during Vedic Period
Try yourself:In which Veda, King Parikshit was described as a God among men?
Explanation

The Gods appointed Soma (Indra) as their king. Thus the kingship came into existence in India as a military necessity. In the Atharva Veda, King Parikshit was described as a God among men. 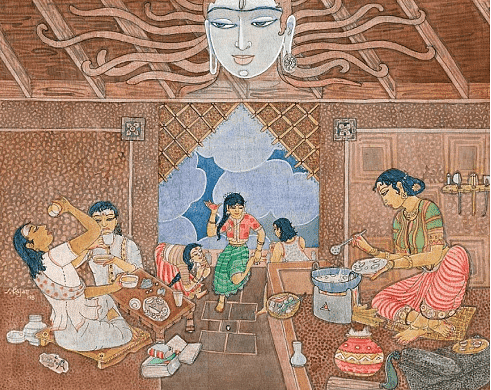 The journey of Indian Women 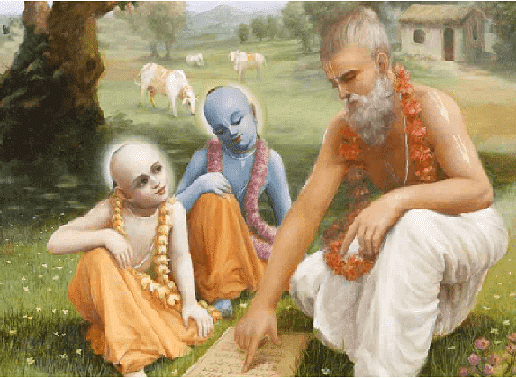 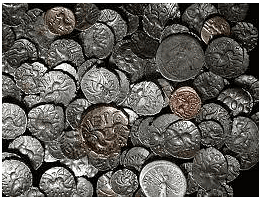 Coins used for tradingThe series of these four stages of an ideal span of life cover the study, the family life, the asceticism and the renunciation in a single life-time. The entire life passed through karma to take a perfect shape.

“Let us meditate on the beautiful splendour of the god savitri (sun) that he may purify our souls.”

EducationThe education of the boy or girl started with upanayana or the ceremonial initiation in Vedic studies. It was similar to the Indo-Iranian ceremony of navjot. The first lessons of the Brahmana student was the performance of trisandhya (devotion for three times a day). 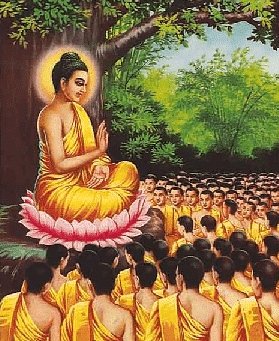 Question for Political & Social Condition during Vedic Period
Try yourself:Upanayana is a sacred thread ceremony conducted for a male child. This ceremony is usually done for the child at the age of?
Explanation

When the child became six months, the annaprasana ceremony (first feeding of solid food) was held.
- At the age of three, the kshura karma (tonsure) took place in case of the male child where the scalp of the child head being shaved.
- At the age of five, the child is taught the alphabets by a Brahmana priest or teacher.
- With his upanayana (sacred thread ceremony) at the age of nine, the boy attained the status of dvija or Brahmacharin. The Yajnopavita or Yajna Sutra (sacred thread) consisted of nine twisted strands made of cotton.