An economic system, is a system of production, resource allocation, and distribution of goods and services within a society or a given geographic area.

Washington Consensus is a set of reform policy package which was suggested by the International Monetary Fund, World Bank, and the US Department of the Treasury (i.e., the US finance ministry ) to the developing countries faced with the economic crisis.

The Beijing Consensus is the political and economic policies of the People's Republic of China (PRC) that began to be instituted by Deng Xiaoping after Mao Zedong's death in 1976.

The core idea is inclusion which should not be only economic but social too.

The national income of a country can be defined as the total market value of goods and services produced in the economy in a year. 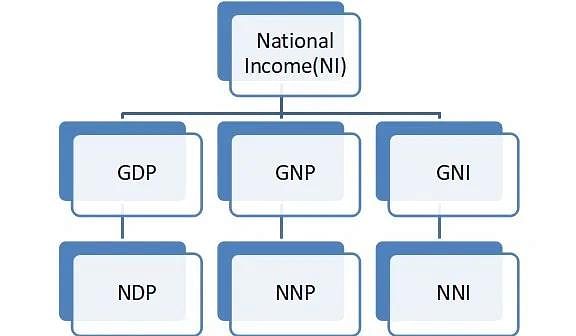 Gross National Product (GNP) is the GDP of a country added with its 'income from abroad'. Here, the transboundary economic activities of an economy are also taken into account.

The items which are counted in the segment 'Income from Abroad' are:

The Net National Product (NNP) of an economy is the GNP after deducting the loss due to 'depreciation'. The formula to derive it may be written like :

5. Cost And Price of National Income