Communism vs. SocialismIn both communism and socialism, the people own the factors of economic production. The main difference is that under communism, most property and economic resources are owned and controlled by the state (rather than individual citizens); under socialism, all citizens share equally in economic resources (Collective ownership) as allocated by the government.

Table: Difference between Communism and Socialism 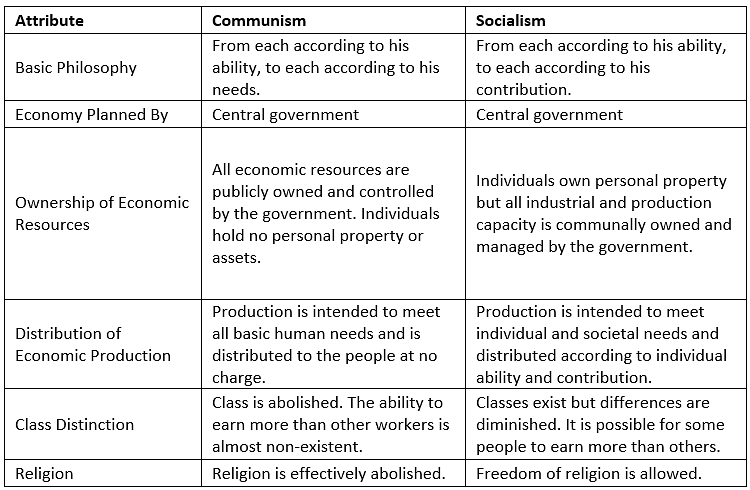 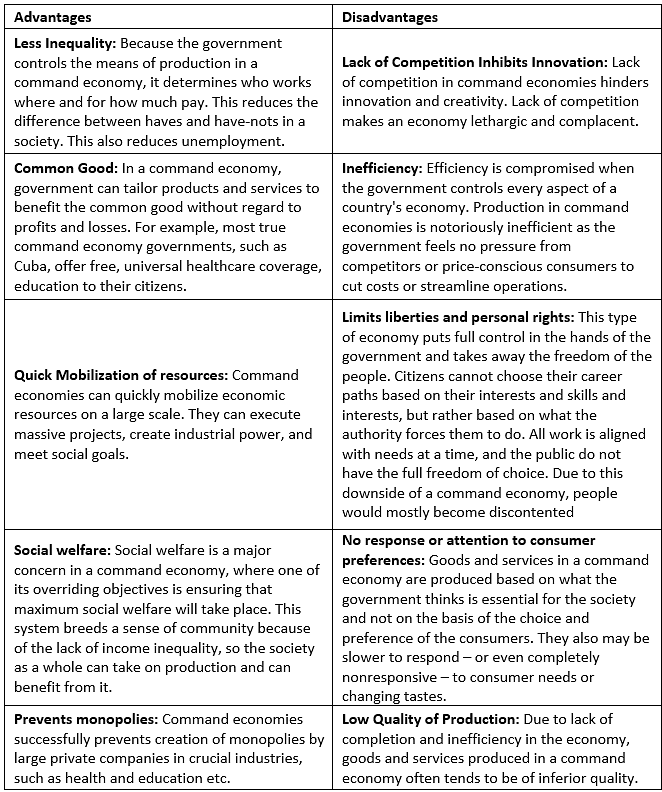 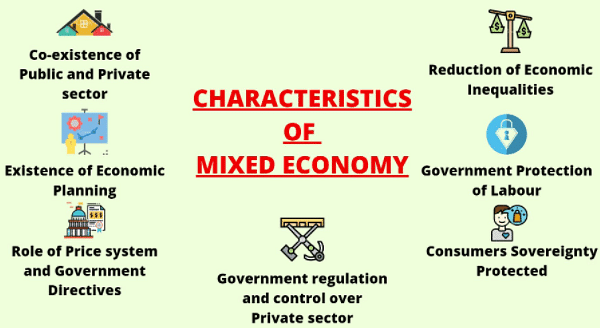 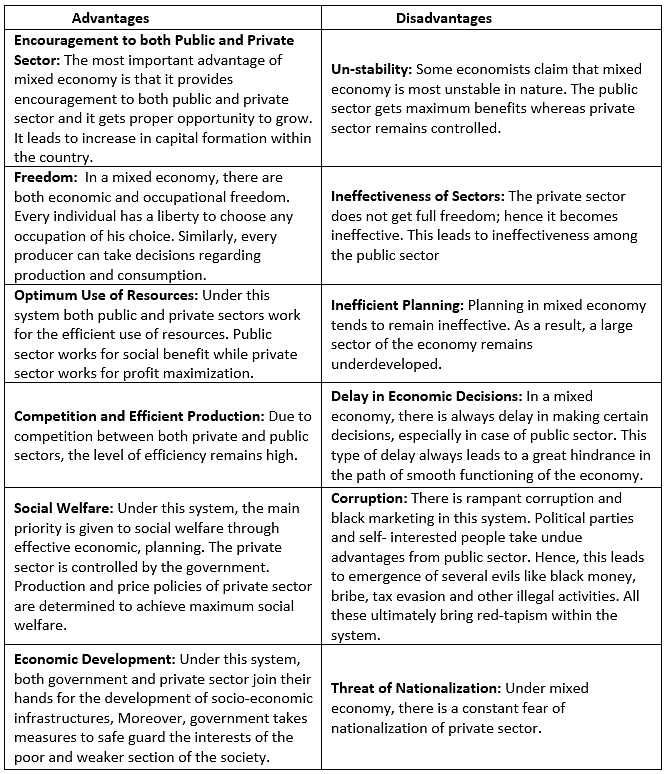 Sectors of an economy

Economic activities in a country are broadly divided into three main sectors. 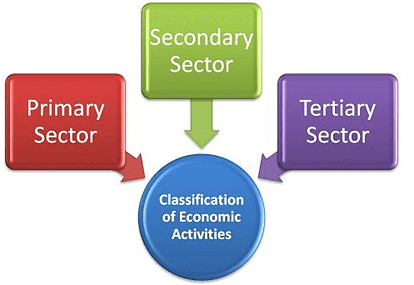 1. Primary Sector: The primary sector of an economy includes those activities which produce goods through direct utilization of natural resources.

2. Secondary sector: It includes those activities where finished products are made from materials produced in the primary sector.

4. Quaternary Sector: Known also as ‘knowledge’ sector, the activities related to education, research and development, etc. come under it. The sector plays the most important role in defining the quality of the human resources an economy has.

5. Quinary Sector: All activities where top decisions are made fall under it. The highest level of

fall under it. The number of people involved in this sector is very low rather they are considered

the ‘brain’ behind socio-economic performance of an economy. 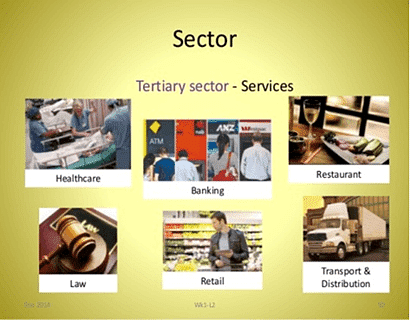 Contribution of various sectors to Indian economy in 2021-22: 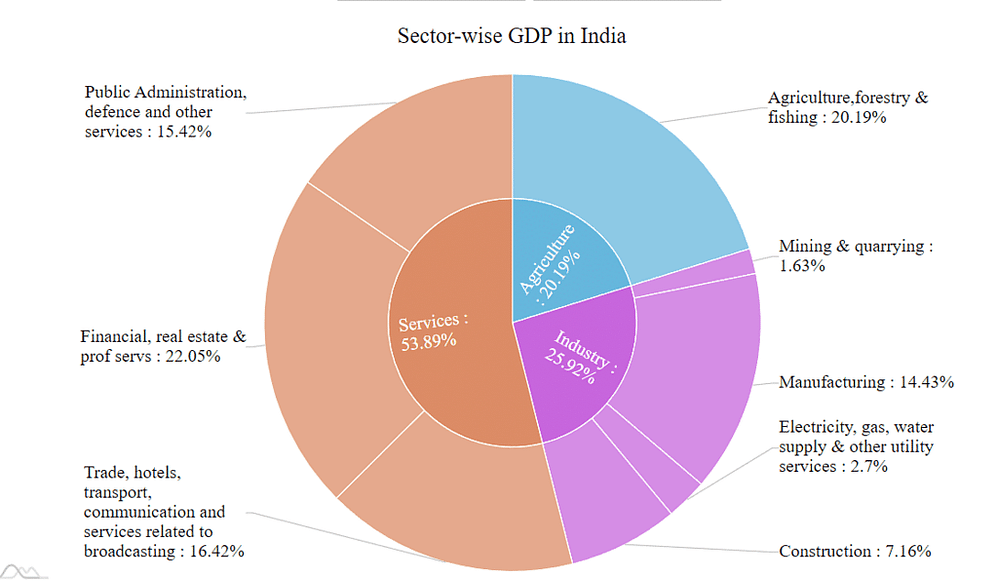 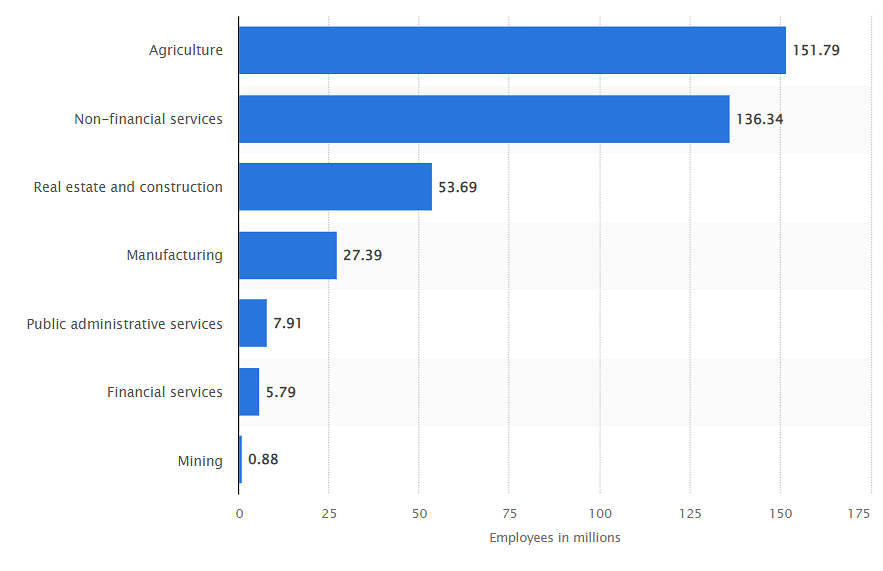