A tissue may be defined as, “a group of similar or dissimilar cells having common origin and performing a specific functions.”Tissues are mainly divided into three categories:(A) Meristematic tissues or Meristems(B) Permanent tissue(C) Secretory tissueMeristematic Tissues or Meristem(1) They contain immature and young cells and are capable of repeated divisions.(2) Intercellular spaces are not present in meristematic tissue.(3) They contain a homogeneous thin wall.(4) They contain large nuclei associated with abundant cytoplasm.(5) They are metabolically very active but they do not store food material.(6) Only proto-plastids are present instead of plastids, chloroplast absent.(7) Dense cytoplasm is present which contains several premature mitochondria.(8) Vacuoles are absent.(9) Meristematic cells are isodiametric in shape.Types of meristemsThe meristem may be classified on the basis of their mode of origin, position or function:

(i) According to origin and development: On the basis of origin, meristematic tissues are of three types:(a) Promeristem or Primordial meristem: The promeristem originates from embryo and, therefore, called primordial or embryonic meristem. It is present in the regions where an organ or a part of plant body is initiated.(b) Primary meristem: A primary meristem originates from promeristem and retains its meristematic activity. It is located in the apices of roots, stems and the leaf primordia.(c) Secondary Meristem: They always arise in permanent tissues and have no typical promeristem. Some living permanent cells may regain the meristematic nature.

(ii) According to position: On the basis of their position in the plant body meristems are classified into three categories: (a) Apical meristem: This meristem is located at the growing apices of main and lateral shoots and roots. These cells are responsible for linear growth of an organ.(b) Intercalary meristem: These are the portions of apical meristems which are separated from the apex during the growth of axis and formation of permanent tissues. It is present mostly at the base of node (e.g., Mentha viridis-Mint), base of internode (e.g., stem of many monocots viz., Wheatgrass, Pteridophytes like Equisetum) or at the base of the leaf (e.g., Pinus).(c) Lateral meristem: These meristem occur laterally in the axis, parallel to the sides of stems and roots. This meristem consists of initials which divide mainly in one plane (periclinal) and result increase in the diameter of an organ.

(iii) According to function: Haberlandt in 1890 classified the primary meristem at the apex of stem under the following three types:(a) Protoderm: It is the outermost layer of the apical meristem which develops into the epidermis or epidermal tissue system.(b) Procambium: It occurs inside the protoderm. Some of the cells of young growing region which by their elongation and differentiation give rise to primary vascular tissue constitute the procambium.(c) Ground meristem: It constitutes the major part of the apical meristem develops ground tissue like hypodermis, cortex, endodermis, pericycle, pith and medullary rays.

Permanent TissuesPermanent tissues are made up of mature cells which have lost the capacity to divide and have attained a permanent shape, size and function due to division and differentiation in meristematic tissues. The cells of these tissues are either living or dead, thin-walled or thick-walled. Permanent tissues are of three types:(1) Simple tissues: Simple tissues are a group of cells which are all alike in origin, form and function. They are further grouped under three categories:(i) Parenchyma: Parenchyma is most simple and unspecialized tissue which is concerned mainly with the vegetative activities of the plant.(ii) Collenchyma: The term collenchyma was coined by Schleiden (1839). It is the tissue of primary body. The cells of this tissue contain protoplasm and are living.The cell walls are thickened at the corners and are made up of cellulose, hemicellulose and pectin.(iii) Sclerenchyma: It was discovered and coined by Mettenius (1805).

The main feature of sclerenchyma are :It consist of thick-walled dead cells.The cells vary in shape, size and origin.Special or secretory tissuesThese tissue perform special function in plants, e.g., secretion of resins gum, oil and latex.These tissues are of two types:(1) Laticiferous tissue(2) Glandular tissue(1) Laticiferous tissues: They are made up of thin walled, elongated, branched and multinucleate (coenocytic) structures that contain colourless, milky or yellow coloured juice called latex. These occur irregularly distributed in the mass of parenchymatous cells. latex is contained inside the laticiferous tissue which is of two types: (i) Latex cells:(a) A laticiferous cell is a very highly branched cell with long slender processes modifying in all directions in the ground tissue of the organ.(b) Plants having such tissues are called simple or non-articulated laticifers. e.g., Calotropis (Asclepiadaceae) Nerium, Vinca (Apocyanaceae), Euphorbia (Euphorbiaceae), Ficus (Moraceae).(ii) Latex vessels:(a) They are formed due to fusion of cells and form network like structure in all directions.(b) Plants having such tissues are called compound or articulated laticifers. e.g., Argemone, Papaver (Papaveraceae), Sonchus (Compositae), Hevea, Manihot (Euphorbiaceae).(2) Glandular tissue: This is a highly specialized tissue consisting of glands, discharging diverse functions, including  secretory and excretory. Glands may be external or internal.(i) External glands: They are generally occur on the epidermis of stem and leaves as glandular hair in Plumbago and Boerhaavia.(ii) Internal glands: These are present internally and are of several types. e.g., oil glands in Citrus and Eucalyptus, resinous ducts in Pinus.The Tissue SystemA collection of tissues performing the same general function is known as a “Tissue System''. According to Sachs (1975) there are three major tissue systems in plants as follows:(1) Epidermal tissue system(2) Ground or fundamental tissue system(3) Vascular tissue system(1) Epidermal tissue system: The tissues of this system originate from the outermost layer of apical meristem.(i) Epidermis: Epidermis is composed of single layer cells.(ii) Cuticle and Wax: In aerial parts, epidermis is covered by cuticle. The epidermal cells secrete a waxy substance called cutin, which forms a layer of variable thickness (the cuticle) within and on the outer surface of its all walls. it helps in reducing the loss of water by evaporation. 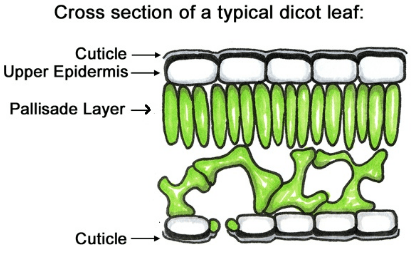 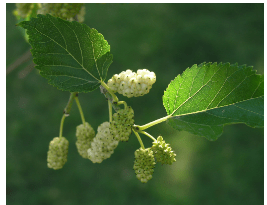 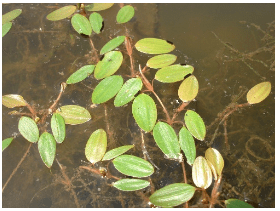 (iv) Trichomes: These are epidermal outgrowths present temporarily or permanently on almost all plant parts. (v) Root hairs: They are enlargements of special epiblema cells called trichoblasts and occurs in a particular zone of young root called root hair zone.(2) Ground or Fundamental tissue system: Ground tissue system includes all the tissues of plant body except epidermal tissue system and vascular tissues. It forms the bulk of body. This tissue system mainly originates from ground meristem. The ground tissues constitute the following parts:(i) Cortex: It lies between epidermis and the pericycle. The cortex is distinct in dicotyledons but not in monocotyledons where there is no clear demarcation between cortex and pith. It is further differentiated into:(a) Hypodermis: It is collenchymatous in dicot stem and sclerenchymatous in monocot stem. It provides strength.(b) General cortex: It consists of parenchymatous cells. Its main function is storage of food.(c) Endodermis (Starch sheath): It is mostly single layered and is made up of parenchymatous barrel shaped compactly arranged cells.(ii) Pericycle: It is a single layered or multi layer cylinder of thin-walled or thick-walled cells present between the endodermis and vascular tissues. In some cases, the pericycle is made up of many layers of sclerenchymatous cells (Cucurbita stem) or in the form of alternating bands of thin-walled and thick-walled cells (Sunflower stem).(iii) Pith or Medulla: It occupies the central part in dicot stem, and monocot root. It is mostly made up of parenchymatous cells. in dicot root pith is completely obliterated by the metaxylem elements. In dicot stem the pith cells between the vascular bundles become radially elongated and known as primary medullary rays or pith rays.(3) Vascular tissue system: The central cylinder of the shoot or root surrounded by cortex is called stele. The varying number of vascular bundles formed inside the stele constitute vascular tissue system. Xylem, phloem and cambium are the major parts of the vascular bundle. Vascular bundle may be of following types:(i) Radial: The xylem and phloem strands alternate with each other separated by parenchymatous cells. such kinds of vascular bundles are called radial and found mainly in roots.(ii) Conjoint: A vascular bundle having both xylem and phloem together, is called conjoint. Normally the xylem and phloem occur in the same radius. They occur in stems. Such vascular bundles are of two types:(a) Collateral: A vascular bundle in which the phloem lies towards outerside and xylem towards inner side, is called collateral, e.g., Sunflower.(b) Bicollateral: A vascular bundle having the phloem strands on both outer and inner side of xylem, is called bicollateral. e.g., Cucurbita.