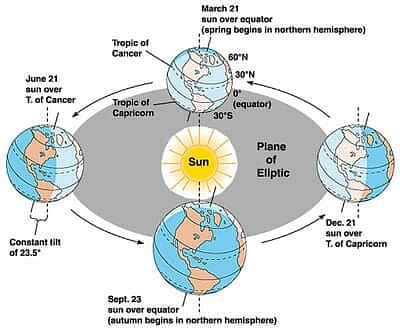 Revolution of Earth and Seasons 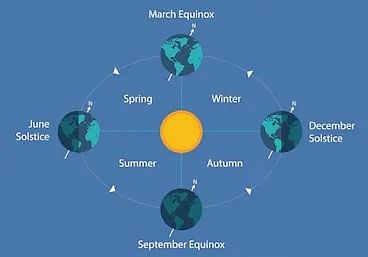 A prime meridian is ultimately arbitrary, unlike an equator determined by the axis of rotation—and various conventions have been used or advocated in different regions and throughout history. The most widely used modern meridian is the IERS Reference Meridian. It is derived but deviates slightly from the Greenwich Meridian, which was selected as an international standard in 1884.

The Antarctic Circle is one of the five major circles or parallels of latitude that marks the Earth's maps.

While the equator is the longest line of latitude on the Earth (the line where the Earth is widest in an east-west direction), the tropics are based on the sun’s position with the Earth at two points of the year. All three lines of latitude are significant in their relationship between the Earth and the sun.

The equator is located at zero degrees latitude. The equator runs through Indonesia, Ecuador, northern Brazil, the Democratic Republic of the Congo, and Kenya, among other countries. It is 24,901.55 miles (40,075.16 kilometres) long. On the equator, the sun is directly overhead at noon on the two equinoxes – near March and September 21. The equator divides the planet into the Northern and Southern Hemispheres. On the equator, the day and night's length is equal every day of the year-day is always twelve hours long and night is always twelve hours long.

Daylight saving in some temperate regions