The document Sea Floor Spreading Notes | EduRev is a part of the UPSC Course Geography for UPSC CSE.
All you need of UPSC at this link: UPSC

These concepts are Ocean Floor Mapping, Distribution of earthquakes and volcanoes, Convectional Current theory and Paleomagnetism. 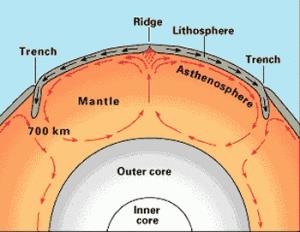 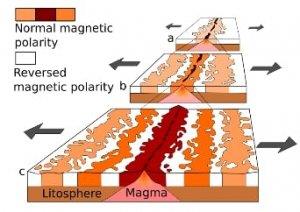 Mid-Ocean Ridge – the longest chain of mountains in the world—these are divergent plate boundaries. 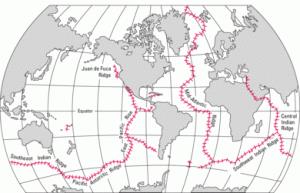 Evidence from Molten Material – Rocks shaped like pillows(rock pillows) show that molten material has erupted again and again from cracks along the mid-ocean ridge and cooled quickly. Evidence from Magnetic Stripes – Rocks that make up the ocean floor lies in a pattern of magnetising stripes that hold a record of the reversals in Earth’s magnetic field. Evidence from Drilling Samples – Core samples from the ocean floor show that older rocks are found farther from the ridge; the youngest rocks are in the ridge's centre. Question 2:Palaeomagnetism is the study of the record of the Distribution of Earthquakes and Volcanoes along the mid-ocean ridges Seafloor spreading solved many of the unsolved problems.