What is Sex Determination? 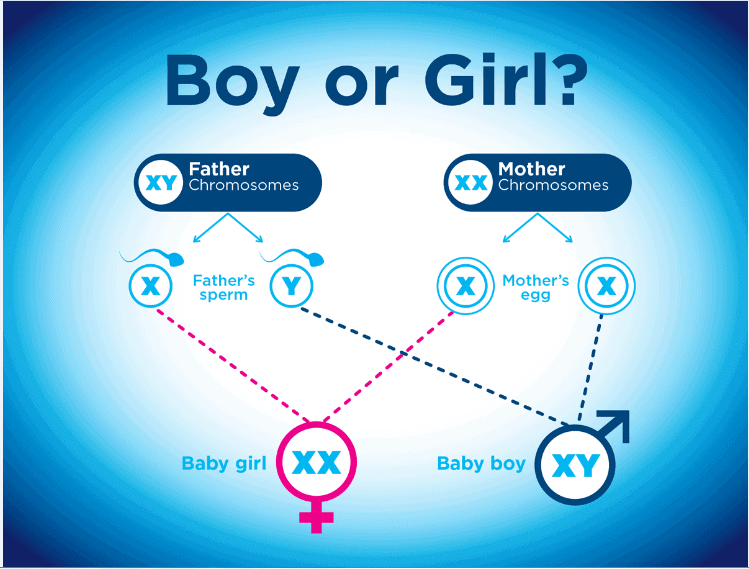 Sex determination can also be done on the basis of fertilization and is classified in 3 categories: 1. Progamic – Sex is determined before fertilization.eg. - drone in honey bee

2. Syngamic - Sex is determined during fertilization.eg. - most of plants & animals

3. Epigamic - Sex is determined after fertilization.eg. - Female in honey bee.

It is non-genetic determination of sex which is based purely on environmental conditions. The organisms are potentially hermaphrodite and capable of expressing any of the two sexes.

1. In marine worm Bonellia, larva develops into female if it settles down alone in an isolated place. Any larva coming in contact with the already grown female, it changes into male, and lives as a parasite in the uterus of female.

4. ln turtles temperature below 28°C induces maleness, above 33°C femaleness while between 28 - 33°C equal number of male and female animals are formed.

5. In marine fish Medusa sex changes according to environmental condition, becoming male in cold water and female in warm water.

Chromosomes are of two types -

(a) Autosomes or somatic chromosomes -These regulate somatic characters.

These chromosomes are associated with sex determination. Term "Allosome" & "Heterosome" were given by Montgomery.

(a) XX female and XY male :- In this type of sex determination female is Homogametic i.e produces only one type of gamete

(b) XY female and XX male or ZW female and ZZ male :- In this type of sex determination female is Heterogametic i.e produces two types of gamete and male individual is homogametic i.e produces one type of gamete.It is found in some insects like butter flies, moths and vertebrates like birds, fishes and reptiles.In plant kingdom this type of sex determination is found in Fragaria elatior.

(2) XX female and XO male :- or "Protenor type" :- In this type of sex deternination deficiency of one chromosome in male. In this type, female is homogametic and male is heterogametic.

GynandromorphBody of some Drosophila has some cells with male genotype (X0) and some cells with female genotype (XX).Body of such type of Drosophila has half lateral part of male and half lateral part of female and it is called bilateral gynandromorph. It is formed due to loss of one x-chromosome at metaphase plate during first zygotic division. Formation of gynandromorph is the best evidence that y-chromosome does not play any role in sex differentiation. Dizygotic twins are common in cattle like cow, sheep, goat etc. Some times the placentae of the two dizygotic twins fuse forming blood vascular connections between two developing foetus. If twins are dizygotic, one foetus may be male and the other female.

Drum stick which occurs in blood of female of mammals, is also a type of barr body. Drum stick is absent in neutrophils of Male.

So when one or more than one Y- chromosome present then plant is male and in female plant Y chromosome is absent. 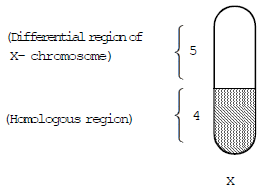 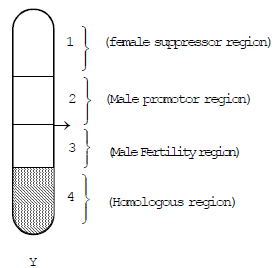 Phenotypic Expression in Haploid Organisms (Neurospora Genetics)Diploid organisms such as pea and Drosophila, have two alleles for each gene on each chromosome (the exceptions are for the X linked genes in XY or XO males). With the result, the recessive allele is not expressed in the phenotype in presence of the dominant one. However, this is not so in the case of haploid organisms. Contrary to diploid organisms, the genetics of haploid organisms exhibit the following features:

1. Haploid organisms contain only one allele of a gene, so there is no complication of dominance. All the genes, whether dominant or recessive, expresses itself in the off springs.

2. In absence of dominance, any new mutation is immediately expressed in the phenotype, in haploid organisms.

3. Study of inheritance of the mutated gene, its linkage, crossing over and biochemical consequence of a mutation can easily be studied in haploid. 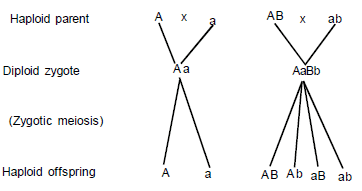 Linkage And Recombination in Neurospora (Drosophila of plant kindgom)Detection of linkage and recombination of genes in haploid organisms as in fungi, bacteria etc. is comparatively simple. Fungus Neurospora is one of the favourite material with geneticists, because :-

In Neurospora, the nuclei from hyphae of opposite mating type (+) and (–) fuse to form a diploid zygote. The zygote is the only diploid stage in the life cycle of Neurospora. The zygote nucleus divides meiotically producing four haploid nuclei, each of which then undergoes mitosis. The eight cells produced this way, form 8 haploid ascospores enclosed in the ascus. The three divisions proceed along the longitudinal axis, so the ascospores are arranged in a line in a specific order that indicates the order of arrangement of chromatids on the meiotic metaphase plate. This is called linear or ordered tetrad. Each of the four products of meiosis can be cultured separately to study their phenotypes and genotypes. This is called tetrad analysis.

1. First Division Segregation Between Centromere and gene-a.A cross between two strain of Neurospora, one normal (a+) and other mutant (a) strain produces 8-ascospores, out of which four are normal (a+) and other four mutants (a). The linear arrangement of ascospores in ascus is 4a+ : 4a. It indicates the absence of crossing over between locus-a and centromere. This is described as first division segregation.

Single Gene Mapping in NeurosporaIn Neurospora centromere behaves as a gene for mapping gene pair. In such a case distance of gene from the centromere is calculated by calculating the percentage of cross overs between centromere and gene.